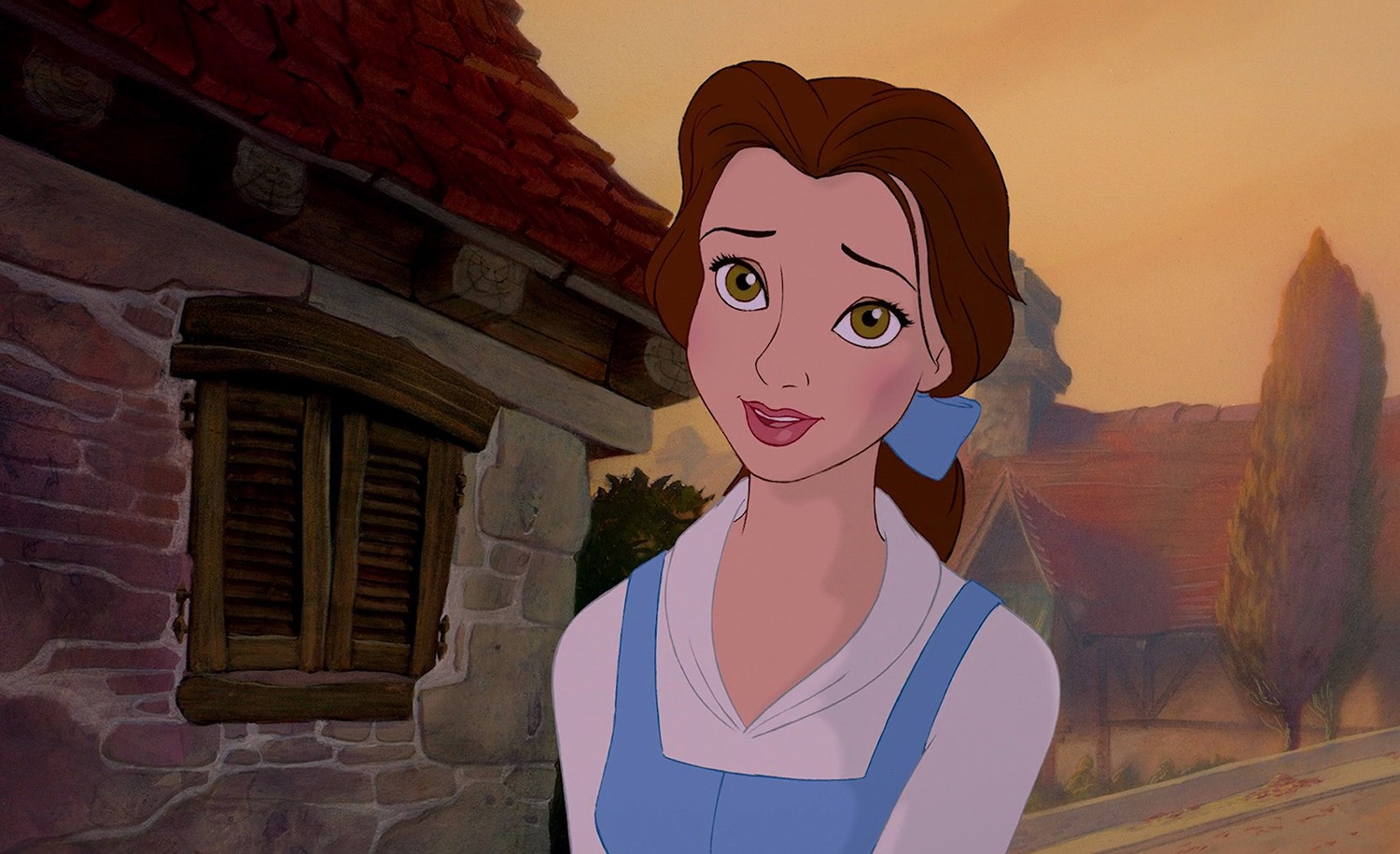 These fictional INFP characters follow their own path and stay true to their personal convictions.

My wife is an INFP, one of the 16 Myers-Briggs personality types based on the work of Carl Jung, a type known as the most sentimental and idealistic. She loves making up stories in her mind, but she’s told me that she struggles to find fictional stories and characters that express her innermost sentiments. In essence, she has trouble entering the worlds of others, perhaps because so many mainstream stories feature extrovert protagonists and promote extrovert values.

So in this article, I’ve selected three of my favorite INFP protagonists. They can be role models for INFPs trying to make sense of their lives in an extroverted world that misunderstands them and their talents, and can help inspire them to make unique contributions to the world.

This is the second in a series on fictional role models of each introverted type. Here’s the first article, “4 Fictional Role Models for INTJs Who Will Make You Feel Less Alone”.

Perhaps the best fictional depiction of the INFP is the protagonist of Jane Austen’s Mansfield Park, Fanny Price. A shy, quiet girl from a poorer noble family, she’s brought to Mansfield at age 10 to live with her wealthier and more “talented” cousins. She endures their ridicule without complaint and spends her time in the company of her thoughts, which she calls her “best friends.”

Like other INFPs, she loves the natural world and can become lost in “rambling fantasies” as she walks and talks (while she has little concern for gaining status in the social world). She’s deeply connected to a few people and places, such as her close friend and eventual love interest, Edmund, and the beautiful estate where she grows up.

Even so, Fanny has powerful talents of her own that only Edmund truly recognizes. For one, she has a keen moral sense and strong convictions in her INFP tastes and values.  She is also skilled at understanding people’s true character, then choosing companions accordingly.

She appreciates inner depth and spirituality, too, and encourages Edmund to go into the clergy — despite it being a lower-status profession. In fact, she believes that if people were more in touch with the natural world and less distracted by society, they would be more morally good.

While Fanny is always willing to see the good in others — a key INFP trait — and the improvements she needs to make in herself, she also holds firm to her decisions. She loves Edmund from nearly their first meeting, and although she knows that he doesn’t see her as a potential mate, she patiently waits for him to notice her.

And even when Edmund starts courting someone else, Fanny continues to play the role of loyal friend and wise counselor on moral matters out of sincere love for him. (It is only after he realizes his mistakes that he fully appreciates the value of Fanny’s counsel and realizes she was his best match all along.)

Even when charming and wealthy playboy Henry Crawford tries to court her, Fanny refuses — and continues refusing despite the urging of her closest friends and family.  She knows she wouldn’t be happy with him, and she is certain that once he attains the object of his pursuit, he will lose interest anyway. This proves fatefully accurate when Henry’s true selfish character is revealed. It also proves to Edmund the wisdom of Fanny’s feelings, and plays an important role in helping him realize that he loves her.

What we can learn from Fanny: Stay true to your principles and trust your inner feelings. Don’t let charming, popular, or high-status people pressure you into doing things that violate your values.

Recognize that while it is important to push yourself and make changes to progress in life, you don’t need to change your essential way of being. Be your authentic self. Appreciate others for who they are, and engage with them in the hope that they will appreciate you for who you are, too.

2. Frodo Baggins from The Lord of the Rings

INFPs’ virtues are rarely seen in stories of an epic scale, but in J. R. R. Tolkien’s classic trilogy, The Lord of the Rings, we see a hero who embodies them beautifully. Frodo Baggins is a hobbit of The Shire, a simple young man who wants to live a quiet life, dream about adventures, and spend time with his friends and family. He’s thrust into a real adventure when he discovers that his uncle’s old magic ring is actually a powerful weapon that must be destroyed to protect Middle Earth from falling into the hands of the Dark Lord Sauron.

But at this point, Lord of the Rings diverges from most fantasy stories that come after it.  Frodo doesn’t become a sword master, discover he’s actually the long-lost heir to a kingdom, or lead an army into battle. Rather, he and his loyal friend, Samwise, trek through the desolate and dangerous land of Mordor to cast the Ring into the lava from which it was forged.

In typical INFP fashion, his battle is not fought on the outside, but on the inside; INFPs are very self-reflective. He must resist the Ring’s temptations to use its power for himself, to give up in despair at the impossibility of the task, or to serve the Dark Lord (whose victory seems depressingly inevitable). Frodo’s child-like faith in his task, his love of the simple life of The Shire, and his deep concern for keeping his word help sustain him against temptation. His compassion for those who have felt the Ring’s corrosive influence also leads him to befriend the dangerous and unstable Gollum (originally Sméagol), who ends up playing a decisive role in destroying the Ring and saving Middle Earth.

What we can learn from Frodo: It’s OK to desire simple things. In fact, these things keep Frodo from being tempted by the Ring. Just because the rat race is often prized by extroverts doesn’t mean that everyone needs to jockey in it for status.

Second, be true to your INFP convictions, despite pressure to do otherwise.

Third, follow your compassionate feelings and empathetic heart. Lean on good friends like Samwise to help you find balance, but know that your heart can help you understand people’s pain and find the person beneath the surface (even if they’re an enemy).

3. Belle from Beauty and the Beast

Belle, the protagonist of Disney’s 1991 animated film Beauty and the Beast, shows INFPs how their unique gifts can defeat evil and restore peace through a loving heart rather than a powerful sword. An odd girl growing up in a provincial French town, Belle takes care of her single father and is generally isolated from mainstream society. Like many INFPs, she has trouble bonding with people her own age. Instead, she can be found chatting about books with the old bookseller, discussing inventions with her eccentric father, and reading fairy tales to sheep in the town square.

Like Fanny and Frodo, Belle’s INFP traits may be misunderstood, yet she, too, is good at discerning human character with a strong sense of personal tastes and values. Even though the town’s mainstream extrovert girls would do just about anything to get the attention of the charming Gaston, for example, she has no interest in him. To her, his physical prowess, rhetorical dominance, and popularity mean nothing; she can only see his boastfulness and selfish disregard for others.

Belle sees similar qualities in the hideous Beast — a prince transformed into a monster for not having love in his heart. He rules the magical castle where she finds herself trapped after heroically offering herself to free her ailing father. She thinks the Beast is selfish and cruel, too, as he treats his magically transformed servants much like the mere talking objects they have become.

She sympathizes and becomes friends with the servants much more readily than the people of her town, perhaps because they all are similarly out of the mainstream. But she becomes so shocked at the Beast’s anger and cruelty that she rushes into a dangerous forest to escape.

When the Beast risks his own life to save her, Belle starts to notice the potential for goodness in him. (Sound familiar, fellow INFPs?) As he humbles himself and shows genuine compassion and generosity, she sees beyond his physical appearance. She watches his internal character transform into something beautiful, a stark contrast to the externally handsome but inwardly ugly Gaston.

Belle then helps the Beast develop his virtues — to the point that he will let Belle leave to help her father without knowing if she will return and also spare Gaston’s life after he storms the castle and attempts to kill him. The love that develops between Belle and the Beast lifts the curse, a love that only grew because Belle was able to discern and nurture potential goodness and beauty that others would have missed.

What we can learn from Belle: A loving heart is often more powerful than a strong arm. Belle’s strength lies not in combat skills — or even in rhetorical skills of persuasion — but in her willingness to love and forgive. With her discernment of character, too, she quietly challenges both Gaston and the Beast to change their selfish, tyrannical ways.

If you want to learn more about introversion, Jungian types, and how the mind works, subscribe to my podcast Introvert University, available on Apple, Google, Spotify, and more.