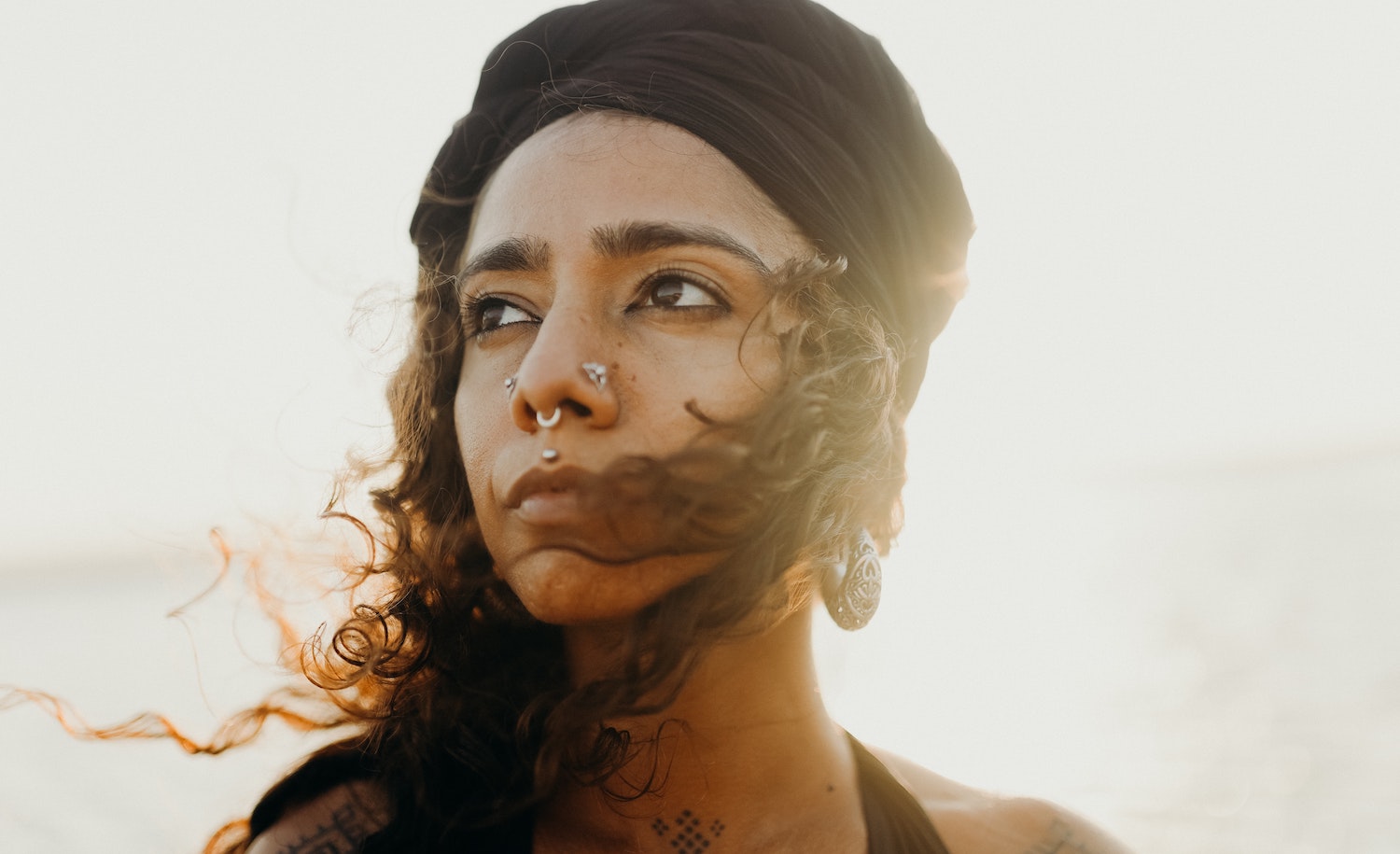 INFPs have a perceptive way of engaging with the world, communicating through art, the written word, and undying positivity.

I’ve been doing a lot of thinking lately as I sip my coffee at my laptop, my cat nearby. Namely, how it’s taken a global pandemic lockdown for me to realize that being introverted — and able to entertain myself in my own head — is, in fact, a gift.

I’ve spent so much of my energy hating how introverted I am, how much alone time I need, how exhausting it is to be around people all the time (even if I love those people). It gets confusing at times.

Still, I’m starting to accept that my power as an INFP — one of the eight introverted Myers-Briggs personality types that make up only 4-5 percent of the U.S. population — will never come from having a loud voice, speaking over others, or even being the most organized person.

Instead, INFPs have a quiet, perceptive means of engaging with the world, communicating through art, the written word, and undying positivity. In fact, did you know some famous INFPs include William Shakespeare, Aubrey Hepburn, and Lisa Kudrow?

For any INFP who has ever felt out of place, know that your needs are valid, your energy is precious, and your power shines beneath the surface. Here’s how.

How INFPs are Powerful Beneath the Surface

1. Our thoughts feel like home — we’re good at entertaining ourselves in our own heads.

We INFPs can entertain ourselves perfectly well in our own heads. This goes for pretty much anytime, not just during a global lockdown. Boring meeting? I’m not spaced out, I’m thinking. No plans for the weekend? Perfect, that is ideal. It’s time to think, to read, to journal — we just don’t need that much outside ourselves.

Being able to sit comfortably with our own thoughts means we are almost never truly bored. While we often second-guess our words and actions, we are rarely out of touch with our own thoughts. My desk can be messy and disorganized and the world falling into a grim sort of chaos, but my thoughts naturally slide into place, giving me a safe space within my own head.

A daydream or a novel I’m writing in my head can carry me through the day, especially if I’m feeling drained or overwhelmed. This ability to feel at home with ourselves and our thoughts sets the basis for our power.

2. We’re almost like psychics: We know what you’re thinking.

When you’ve spent your whole life in a world that isn’t designed around people who think like you — similar to the way introverts feel in an extroverted world — you have to learn survival skills. Maybe it comes from having a unique communication style and conveying our own feelings and needs in a protected, subtle way, but we INFPs tend to pick up on these same cues in others.

In fact, an INFP is usually so good at reading people that we might even be able to know what they are thinking before they say it.

Personally, I find myself noticing little things — someone who’s biting their nails or playing with an earring is probably nervous. Or a slight hesitation before saying something means a person’s words might not be genuine.

While these small perceptions aren’t foolproof (we aren’t mind readers, after all), we do often get pretty close.

3. We’ve imagined every possible outcome of a conversation before we say anything.

We INFPs are not only experts at reading people, but also at predicting how our words will be received. We’ve probably planned or mapped out our role in a conversation hundreds of times before it happens.

Having imagined conversations in our heads means we are masters of prediction and understanding people’s points of view (even if we are confused as to why a meeting couldn’t have been an email).

Power doesn’t always come from having the loudest voice, or saying the most words, or bossing people around — it comes from understanding them, and I think INFPs are masters at this.

Have you ever had someone tell you, “Wow, I didn’t think there was much to you until you said that!” One quick, perceptive comment and we have the whole room captivated.

I also remember looking forward to writing assignments in school: The professors would look at me differently once I had handed in a phenomenal paper (even if I continued to be completely silent in class discussions).

INFPs usually don’t love to let people read their writing, or speak up in a big group, but when we do, it gathers us an immense respect. There are days I wish I could speak as easily as I write, but saving writing and wisdom for the right scenarios catches people off guard and makes it all the more valuable.

5. We fully grasp the importance of community.

This one might not be intuitive. Most introverts are pretty content with a couple of close friends or acquaintances and crave solitude. But INFPs love people: We love thinking about them, reading about them, writing to them, and having imaginary conversations in our head with everyone.

As much as we need our alone time, we know we need community. We know this because it feels like going to the gym: It’s strenuous and time-consuming and turns us into better people.

When we do form a community, we often push back because we need to recharge. Talking to someone, not just thinking about talking to them, takes precious time and energy. Face-to-face conversation with an INFP absolutely must have depth in order for us to connect, and while this makes it meaningful, it can also make it draining.

Energy makes our community work, but we can’t give it to everyone. INFPs usually don’t vibe with idle chit-chat: We need others to know they are loved, important, valued, understood. Taking ourselves out of our heads and into the world of real, live, tangible people requires a courageous power from deep within.

6. We’re glowingly positive (even though we have a harsh inner critic).

We INFPs are often self-perceptive and know we don’t take criticism well, so most of us also don’t dole it out. That being said, I know I can find myself falling into the trap of sugarcoating everything I say so as not to offend anyone.

Have you ever been told you’re the most positive person in a room? You may be an INFP. But still, behind a glowingly positive front, we often have a harsh inner critic silent to everyone but ourselves.

That inherent positivity — combined with our inner critic — gives us an astute perception of what we, as well as others, need to grow. We rarely yell at people or shrink people down for their mistakes; we build them up with confidence and support.

Again, this power comes from absorbing the energy within and around us, responding to it, and following the golden rule: Treat people as you would like to be treated.

7. Our idealism knows no bounds.

I once tried to revive a dead plant with water and love alone. It didn’t work, but it also didn’t stop me from trying. An INFP, ever the optimist, is idealistic about everything. And while this can be criticized as being impractical or unrealistic, it means that we are dreamers.

We tend to see the best in people — even when they can’t see it themselves. This is often what keeps us from falling into despair. And, if they are lucky, we get close enough that we can show them how they appear through our eyes.

I think introverts are survivors — since some people may not understand an introvert’s personality traits — and that surviving takes strength. So to be an introvert and an optimist? That takes a type of iron-clad guts you just don’t see every day.

8. We have a calming effect on others.

This may be one of the most amazing ways we use our power, even if we are not aware of it. We have a strong aversion to conflict and (hello, idealistic nature) would love for everyone to just be nice and get along.

But when this doesn’t happen, we figure out ways to solve problems. We listen.

Have you ever found yourself adjusting your energy levels to match the people you’re surrounded by? INFPs usually have an ability to act as a mirror, reflecting back the best qualities of the people around us. Being listened to, acknowledged, and understood is a basic human need that often goes ignored. I think we introverts, and INFPs in particular, are gifted in this way.

Remember: Being an INFP is a gift to the world, even if you don’t always realize it. Power is in your hands. Shine.

Emily is an INFP, writer, teacher, yogi, and fellow human being hoping to find some good in the world. She loves all types of books, vegetarian food, cats, and plants. When she’s not reading or writing, you can find her climbing a tree, hanging upside down, and seeking out a new perspective.