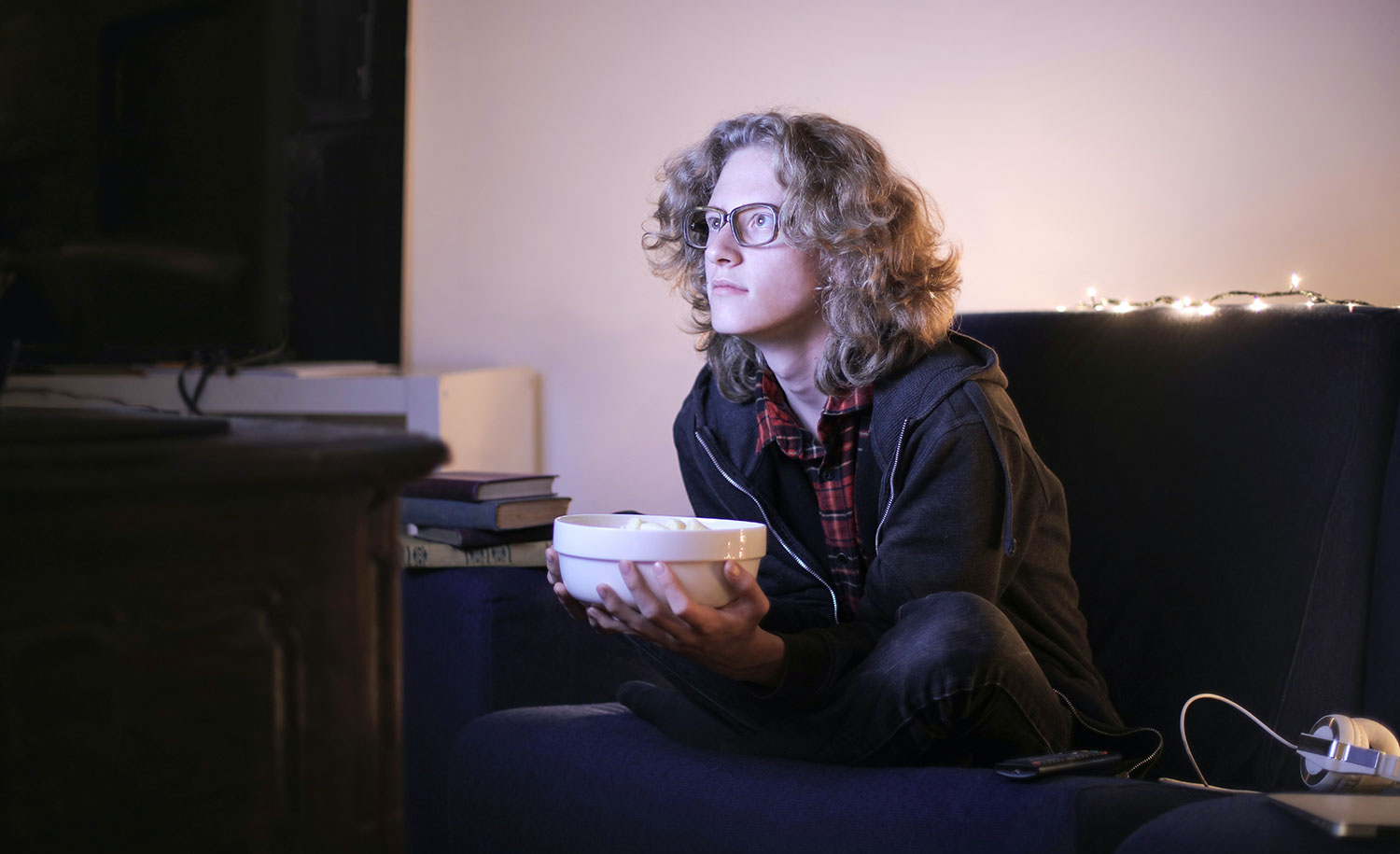 These TV, book, and movie characters will make you feel seen and validated as an introvert.

Ever since I was a kid, I’ve always had an immense love for TV shows and movies. It’s so fun to be transported to new worlds and realities, and I love meeting the wide range of characters that these stories introduce. But the characters that I have always loved the most are the ones that I can relate to as an introvert, because it’s comforting to see a part of myself represented on the screen.

In this list, I selected seven fictional characters that made my quiet nature feel validated way before I even knew what an introvert was. I tried to select characters that are not usually mentioned in lists like this, so don’t be surprised that I don’t mention characters like Sherlock Holmes, Daria, Mr. Darcy, Lisbeth Salander, or Charlie (from The Perks of Being a Wallflower), who are characters I like, but their introversion has already been extensively discussed in other articles.

So, without further ado, these are some of my favorite fictional introverted characters.

7 Fictional Characters You’ll Relate to as an Introvert

1. Hiccup – How to Train Your Dragon trilogy

Hiccup is the main character of the How to Train Your Dragon animated trilogy and an introvert. At the beginning of the first movie, Hiccup is a scrawny little teenager who wants more out of life than what the typical Viking lifestyle can give him. He is not what a stereotypical man of his village should be — he is not big, strong, or loud. Instead, he is independent, creative, analytical, and compassionate. He has great observational skills and some of his favorite activities include drawing, developing new inventions, and spending time in nature, flying around with his adorable dragon Toothless.

As I’m sure many introverts can relate, all through the beginning of the first movie, he is told multiple times that he has to change and become more like everybody else, which makes him feel self-conscious and insecure. But instead of changing, he uses his abilities and compassion to make everyone else open their minds and change their way of living for the better.

Katniss Everdeen is not only one of the best action heroines in modern fiction, but she is also a great representation of an introvert. In The Hunger Games movies, she is one of the characters I can relate to the most. She’s a reflective, resourceful, self-reliant, and resilient girl from a dystopian world. All she wanted was to save her sister, but ended up leading a revolution against the authoritarian government that ruled her country.

Katniss is a character that has a hard time trusting others because she always expects the worst from them. But when she finally lets someone in, she is as loyal and protective as can be. She is kind and selfless, but due to her quiet nature, she sometimes is perceived as cold and uninterested, which I’m sure many introverts can relate to, myself included.

She is quiet, but she isn’t shy, and can put on a show when she needs to. However, this doesn’t come naturally to her — she doesn’t like being the center of attention. And, as a side note, Katniss’ introversion is more noticeable in the books than in the movies, so if you haven’t read them, I highly recommend that you do.

Ron Swanson is one of the main characters of Parks and Recreation, a sitcom about the employees of the Parks and Recreation Department of the fictional city of Pawnee. Ron is the director of the department, and ironically, he is also an anti-government libertarian. He loves building things, breakfast food, and spending time in nature, and he hates dishonesty, hugs, and talking about his feelings.

Ron is a very private person, and even though he is a public servant, he despises interacting with the public. He actually hired April Ludgate (another fantastic character of the show) because of her skills at getting rid of people. Although he loves his friends — and he would do anything for them — he enjoys being by himself over anything else. In one of my favorite Ron Swanson moments of the series, he is afraid that his friend Leslie will throw him a big surprise party for his birthday. But, instead, she arranges the opposite for him: a quiet night in, a steak dinner for one, and a private screening of his favorite movie. She knew that, for him, that was the definition of a perfect birthday.

Portrayed by the hilarious Tina Fey, Liz Lemon is the main character of 30 Rock, one of the best sitcoms ever, and personally, one of my favorite TV shows of all time. In it, she’s the head writer of a sketch comedy show similar to SNL, and, as a character, she’s awkward, sarcastic, neurotic, and witty.

Liz is a workaholic who has few social skills and is both very confident and insecure. She doesn’t know how to make friends as an adult and has severe intimacy issues, too. Her dating history is a mess and she prefers to hide her feelings, or joke about them, rather than confront them. She is also a control freak and thrives when everything in her life is planned out and scheduled.

And, contrary to other sitcom protagonists, she can also be selfish, deceitful, and vindictive, which is something that I highly appreciated. That’s why so many people could relate to her — she is a deeply flawed character who is still figuring out things in her life, including who she is and what she wants.

L is one of the main characters of Death Note, a popular supernatural anime and manga. L is an enigmatic and highly esteemed international detective. He is in charge of the investigation to capture Kira, the person in possession of the Death Note, who is killing the world’s worst criminals in order to create a new world.

L is a very rational, intelligent, and calculating individual. He’s a genius, yet also has trouble with social interaction and people’s feelings. He’s also extremely analytical and insightful, always going through dozens of different scenarios in his head (and second-guessing everything). I would definitely recommend watching this show if you like mysteries, detective stories, or just want to watch something new and original.

Kayla is the protagonist of Eighth Grade, a coming-of-age movie about a middle school girl who struggles with social anxiety. It’s important to clarify that introversion and social anxiety are not the same thing. However, I know that a lot of introverts also have social anxiety (myself included), and this movie does a great job of representing that struggle.

I believe Kayla’s an introvert, as she basically describes herself as one in the first scene of the movie, although Eighth Grade is more concerned with her social anxiety. We see her struggling trying to talk to other people, we see her confidence and self-esteem take a hit when she can’t properly do small talk, and we see her body language give away just how uncomfortable and nervous she gets in social situations. And everything’s so freaking accurate. In one of the best scenes of the movie, Kayla is invited to a pool party, and I could feel every single bit of her anxiety right before she joins the crowd.

This movie might trigger some strong emotions, but it’s definitely worth watching. It’s emotional, heartbreaking, poignant, and relatable. Just watch the trailer, and you’re gonna immediately want to see it.

Tim Drake is, hands-down, my favorite fictional character of all time. He is the third (and best) Robin, and yes, for those of you who don’t know, Batman has had multiple Robins. Five, to be exact. But unlike all of the other Robins — and most of the other superheroes — Tim didn’t become a costumed hero because of a tragic backstory; he did it because he wanted to help. He figured out Batman’s identity when he was only nine years old. When he was 13, he noticed that Batman had grown more violent and reckless after the death of Jason Todd, the second Robin, so he decided to intervene and, after a series of complicated events, he became the third Robin because, in his own words, “Batman needs a Robin.”

Tim is an intelligent, analytical, sarcastic, and geeky teenager who has a strong moral compass and a slight addiction to coffee. Unlike the other Robins, Tim’s personality is similar to Batman’s, who is arguably the most famous introvert in comics. He is more logical than emotional, but he cares deeply about his friends and family. Out of all the characters in comics, Tim is by far the one that I can relate to the most. And his recent coming out in Batman: Urban Legends #6 made him even more relatable to me and many others.

He is an amazing character that definitely deserves more respect and recognition. If you want to know more about this character, I highly recommend you read Batman: A Lonely Place of Dying, Robin II: The Joker’s Wild, and the Red Robin ongoing series of 2009.

So that’s it, those were some of my favorite introverted characters in fiction. Which are some of the characters that you can relate to the most? Feel free to share them in the comments below!

Want to get one-on-one help from a therapist?

We recommend BetterHelp. It’s private, affordable, and takes place in the comfort of your own home. Plus, you can talk to your therapist however you feel comfortable, whether through video, phone, or messaging. Introvert, Dear readers get 10% off their first month. Click here to learn more.

We receive compensation from BetterHelp when you use our referral link. We only recommend products when we believe in them.

Author of Introverted Me, a novel about a quiet boy finding his place in this noisy world, and owner of a popular Instagram page dedicated to introversion. I love reading, writing, spending time with my dogs, and going to the movies by myself. I have no idea what I want to do with my life, but I’m having fun finding out.