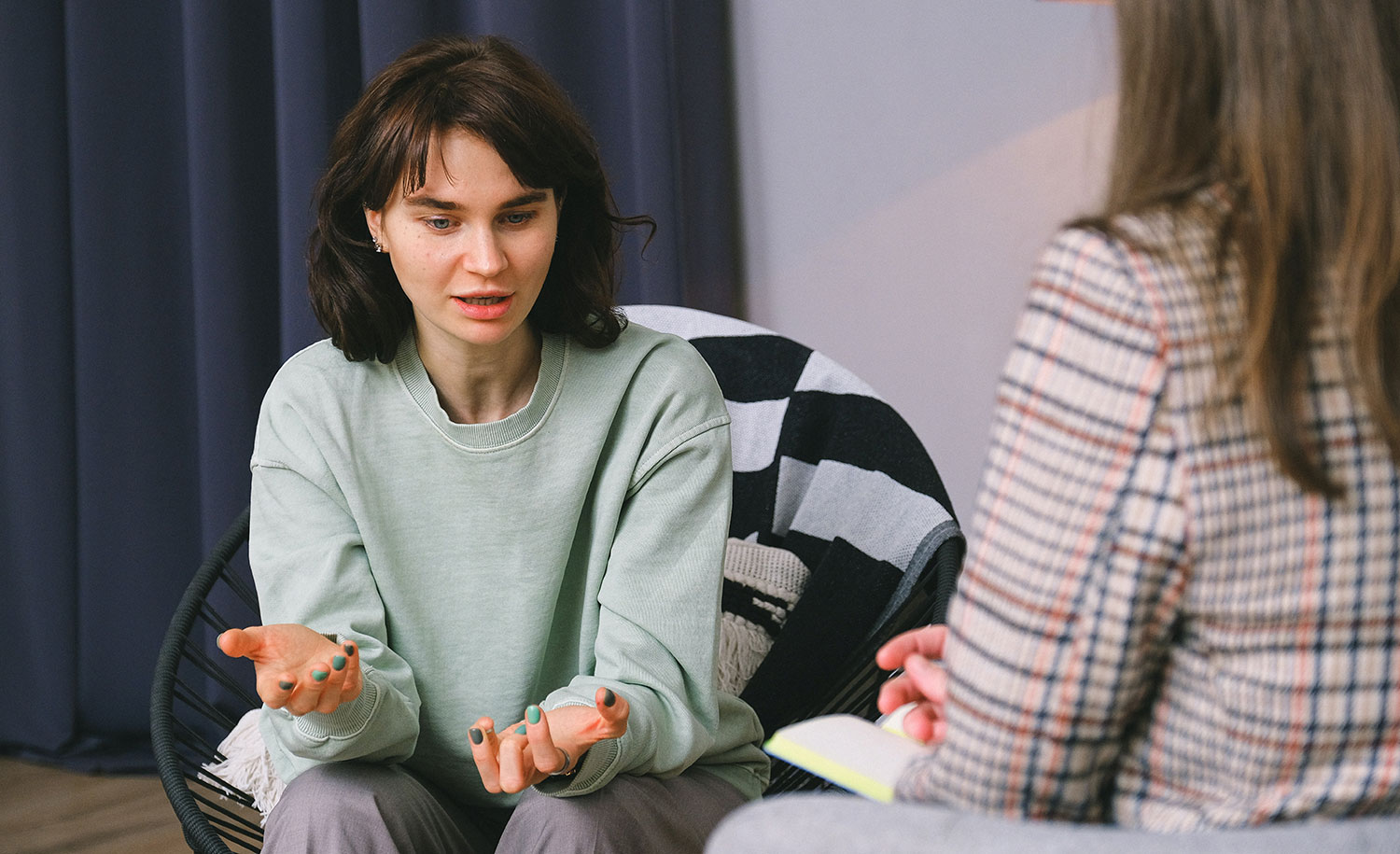 Whether you’re trying to “read” a friend or coworker, paying attention to their body language is a skill that comes naturally to many introverts.

As an introvert who prefers small gatherings rather than big social events, I’ve noticed that when I’m around a bigger group, I sometimes come off as less open to conversation than I’d like to seem. In the past, I would wonder why people would start conversations with others, but sometimes not as much with me, even though I already knew that I wasn’t the best at initiating conversations.

I later realized it had less to do with my personality or likeability, and more to do with my own openness to it — not only within, but also on the outside, through my body language. In general, I’ve noticed that the more confident I feel, the more open I seem, and the more approachable I become. It’s not magic or coincidence; it often comes down to other people reading your body language, whether intentionally or unconsciously.

The Science Behind Deciphering Body Language

A study titled “Effect of Introversion on the Detection of Deception” aimed to determine whether introverts are more accurate at reading people to determine their truthfulness. The study found that introverts were, in fact, better able to detect lies as compared to extroverts.

The study explains that “[b]ecause they are less directly involved in the events around them, and more likely to internally analyze a situation… introverts may be more objective, and thus, are less likely to be affected by certain emotional cues that might confound an extrovert’s ability to accurately determine credibility.” In other words, introverts have an advantage in reading people’s body language because of their natural tendency to be observant and analytical in social situations.

How Introverts Can Use This Skill to Their Advantage

Being able to read people’s body language can be useful in many ways. It can be used by psychologists or doctors to assess how a patient is doing, by parents who want to know how their child is feeling or if they’re being truthful, and even by detectives who want to determine if somebody is being deceptive. And, of course, it can be used by everyday people like you and me.

It’s interesting how somebody’s posture or the amount of eye contact they make can indicate certain things about how they’re feeling at that moment. According to College Info Geek, when you want to seem more open to conversation, you should use “open body language,” such as standing up straight, turning toward people, relaxing your shoulders, and smiling. For introverts, being able to pick up on subtle clues like this can be useful to see if it’s the right time to join a conversation, to get a sense of how a conversation is going, and to be more aware of how you appear to other people.

Being observant to the way a person is acting can help form deeper connections and can be useful because you’re more likely to be able to empathize and to know when something is off, even if the person hasn’t mentioned that something is bothering them or what’s on their mind. This then allows you to have the option to ask them about it when the time is right and to open up that conversation.

The article also talks about how you should “embrace the awkwardness” that comes from getting out of your comfort zone and being more social. It’s a normal thing that happens — whether you’re an introvert or extrovert — and, as introverts, we shouldn’t let it stop us from putting ourselves out there (if we want to).

Overall, being able to read people’s body language makes you more able to empathize with them, and it allows you to assess certain situations and act based on that information. This skill can also be used at your job when trying to read your coworkers and bosses.

In a TV series I saw a few years ago called Lie to Me, the main character, Dr. Cal Lightman, uses his ability and expertise to detect lies in crime cases. The character is “based on the world’s most respected expert in lie detection, Paul Ekman.” He was also mentioned in the study I described earlier; his work focused on facial micro-expressions and unconscious body language in order to determine truthfulness.

Ekman was part of the process when creating the episodes for this series, and it shows. The writers of the series went over ideas with him before writing an episode, and sent the script for him to review before they started shooting.

According to Forensic Psychology Online, Ekman “…reveals, through Tim Roth’s character Cal Lightman, that humans use the same facial muscles all around the world in every language to express surprise, anger, despair, and happiness.”

This means that no matter where you are in the world, if you know how to read people’s body language and facial expressions, you are definitely at an advantage. And, as introverts, we excel at this.

The Benefits of Being Aware of Our Body Language

People generally act based on what they see and notice when talking to others. Certain things — like not making eye contact, looking down or away, or having body posture that seems closed off — will usually make people pull away from you. A lot of times, it might be based on their own interpretation of the interaction, such as thinking that you aren’t fond of them or don’t want to talk to them.

But the more open we are, and the more our body language displays our openness, the more positivity we’ll attract. It’s all about being aware. It’s not something that’s out of our control, so there is no reason to think that people just don’t like you, or that you’re awkward and you’ll never make genuine connections; it’s just being aware of what you put out there.

It’s normal for someone to make assumptions, or interpret something in their own way, based on someone’s body language. Being aware of all of this, however, can change how you view yourself, how others view you or interact with you, and your ability to read people more accurately. It’ll not only help you assess social situations better, but it can also make you more aware of your own body language and how to act in certain situations.

So the next time somebody tells you that you’re overthinking or being too analytical — two skills we introverts excel at — keep in mind that these qualities can come in handy in many ways, including reading people. Now, that’s a very useful tool to have as an introvert!

I graduated from CSUN as a creative writing major. I’m an introverted person, but often an extroverted writer! I love to express myself through creativity, whether it’s writing, art, or music. I've written pieces for places such as San Gabriel Valley Now and The Love Story. To see more of my creative pieces, follow my Instagram page @tothebeatofmyart.