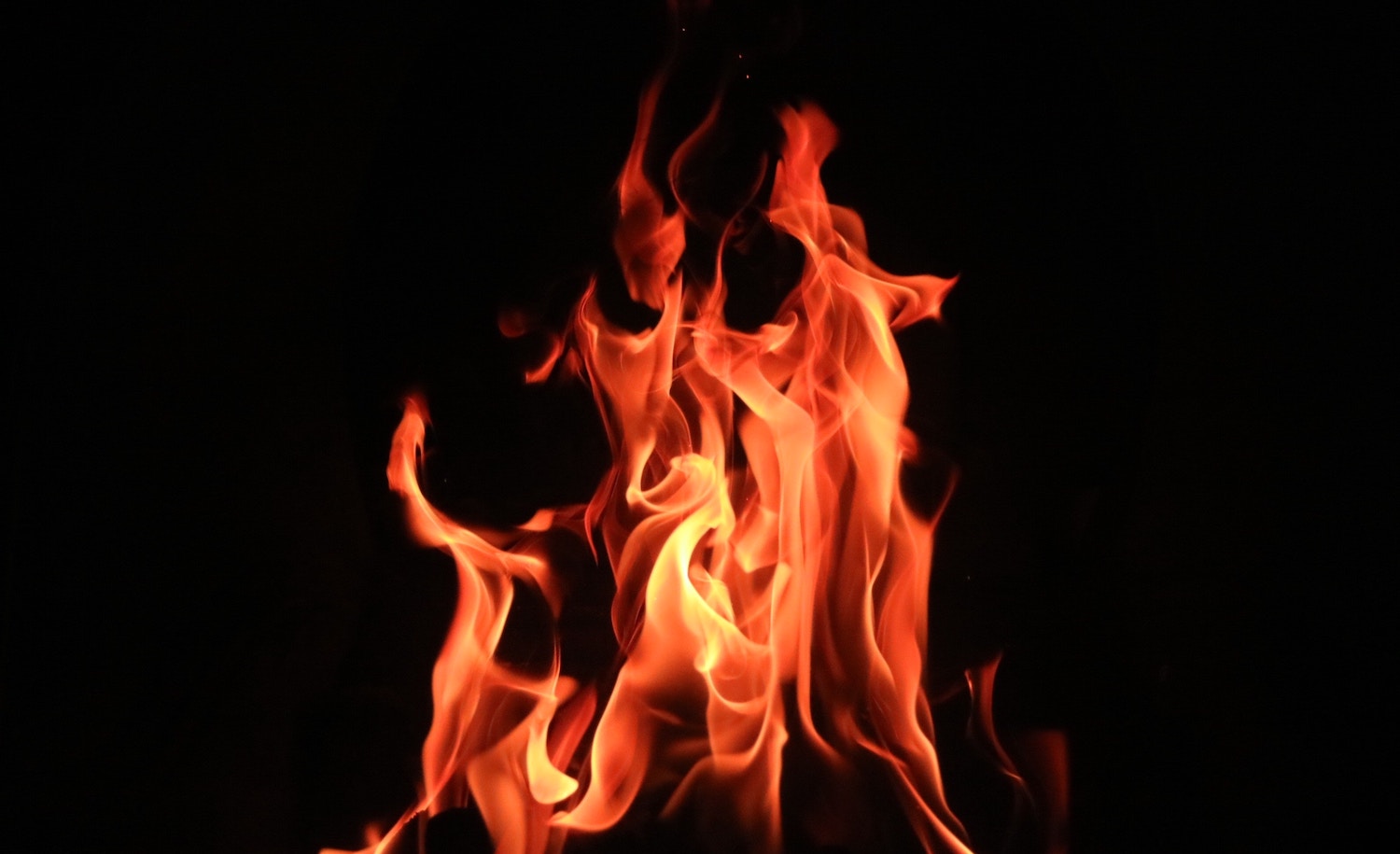 Everyone needs motivation, and when they truly have it, it’s like rocket fuel for their lives. Introverts may be quiet, thoughtful types, but that doesn’t mean we can’t also bristle with passion and energy when we truly feel inspired. Here’s the secret ingredient that gets each introverted Myers-Briggs personality type fired up — and makes them shine.

I saw these sequins and then, BAM!, it hit me.

Or quirk. Or style. Or atmosphere. Or the perfect swirl of aesthetics that blend to make a precise shade of vibe.

That’s because ISFPs are, at heart, natural-born artists — no matter what occupation or hobbies they have. For them, the fire to begin a new project will start the moment they can picture it in their mind’s eye. And that, more often than not, happens when something visual or tactile or sensory sparks their attention.

At that point, the goal may as well already be achieved, because the otherwise quiet ISFP will gladly step into the spotlight, kick into high gear, or take the lead to get things done. Or, better yet, just disappear for a stint and become a whirlwind of making it happen.

An ISTP’s motivation also tends to begin with sensory experiences, but for them, it’s not necessarily about an aesthetic; it’s about novelty. ISTPs are natural explorers, and get fired up when they see a new way to do something, build something, or try something out.

Of course, ISTPs are notoriously self-motivated, and this explains why: They’re at their best when they’re out there on the edge of what anyone else has tried before (or, better yet, miles past it, rappelling into the untried on a rope of repurposed cello strings).

For the ISTP, it’s the physical experience of doing something new — not necessarily the end in itself — that makes something exciting. Sometimes this is done with a sense of humor, like using empty fish tanks for their home-brewing project instead of carboys. Other times, it’s simply because they were told it couldn’t be done. But no matter what, for them, the joy is in the doing and the actual motive is, well, not what’s motivating them.

A little cheering up goes a long way.

For ISFJs, it’s the little things that matter most — especially little acts of caring. They are the ones who are naturally drawn to help, care for, support, and cheer up the people around them. And when they can see that a plan or project will do just that, all of their motivation kicks in at once.

Sometimes, these truly are small things — like baking their friend’s favorite treat, or remembering that one thing you wished you could buy months ago and surprising you with it for your birthday.

Other times, though, it’s much more. ISFJs find meaning and motivation in all kinds of caring activities, from nurturing a wounded bird to tutoring kids to being a front-line volunteer for an important cause. And when it comes to big-picture activities, if they can see that their role is going to help make things run smoothly for others, or — best of all — alleviate suffering, they’re in. All in.

It would be easy to say that the ISTJ also gets fired up by helping people. And, in a sense, that’s true — but not for the same reasons as the ISFJ. Because, for the ISTJ, one of the biggest sources of motivation is duty.

ISTJs, perhaps more than almost any other type, believe there is a right and wrong way to do things. For them, it’s extremely satisfying to know that they are living up to the right way, and the way they do that is through acts of service. They are willing to put in hard, careful work when it’s the right thing to do, whether for a friend, a loved one, an important cause, or a job.

In these situations — where there is a sense of duty involved — the ISTJ derives meaning from figuring out the right way to help or get things done, and then going about doing it without complaining. Often, they will bristle at seeing others not try so hard, but rather than deter them, this only motivates them more. After all, if they don’t do it, clearly no one else will; it’s on them. This sense of duty only gets stronger.

In many ways, this is the single biggest thing driving an ISTJ to live by the the exceptional standards they set for themselves. Most ISTJs have a strong moral compass, a relentless work ethic, and a desire to be of service to others — and all of that comes, perhaps counter-intuitively, from an almost soldier-like sense that people are counting on them.

INFPs lead with their imagination in everything they do, so much so that they sometimes get a reputation as daydreamers — a reputation that they take as a compliment. It should be no surprise, then, that nothing is more motivating to an INFP than creative freedom.

But it has to be actual creative freedom — carte blanche to let their imagination run wild. This is true whether the INFP is doing formal creative work like design or storyboarding, an informal artistic collaboration, or work that calls on their creativity even though it’s in another field (like coding). Of course, INFPs understand that, once they’ve finished their creative storm, the work may need to be edited, revised, or modified by others involved. But during the creative process, the less control from others, the better.

And, given that freedom, an INFP becomes activated in a way that perhaps no other type truly does. Known as passionate people in general, that passion becomes a burning beacon when they are able to let their imagination flow unobstructed. They are like explorers in reverse, not seeking to strike out into the unknown and conquer it, but rather, letting whole new worlds strike out from their imagination into reality.

Like what you’re reading? Get an email whenever we write about your personality type. Subscribe to our type-specific newsletters here.﻿

Well, now we know for sure.

Like the ISTP, the INTP loves novelty. But, on its own, novelty is not the same kind of driver for them that it is for ISTPs. Rather, the INTP is powered by exactly one kind of fuel: pure, unfiltered knowledge.

The quest for knowledge is what drives INTPs to explore, question, doubt, debate, and sometimes (okay, frequently) refuse to follow directions. It’s also something they’re insanely good at.

A lot of that is because they view the pursuit of knowledge differently than most of us. INTPs aren’t looking for (just) a best guess, a hypothesis, or a pattern that could mean several different things. Nor are they willing to take the boss, the professor, or Wikipedia at their word — at least, not just because “that’s who knows the answer.” They want proof. They want evidence. They want facts. They want certainty. And, with brains built to seek out possibilities and then filter them through data, they know how to get it.

This drive is not just an INTP’s source of motivation, but also their source of joy. On a bad day, it’s why they blow off important but boring work to start researching something fun and new instead; it’s a chance to learn. But, on many days, this same quest for knowledge is what drives an INTP to be an innovator — and, often, someone who profoundly changes how we do things.

We’re in this together.

Nothing is more motivating to INFJs than making a difference in someone’s life. Like the ISFJ, they are drawn to help others in need, whether it’s just a friend having a bad day, or someone going through a true crisis. Where the ISFJ tends to focus on immediate care, however, the INFJ starts looking at patterns: How can we make things better overall?

This taps into an INFJ’s intuitive knack for psychology: They tend to quickly see why a person is doing what they’re doing, what they really want, and what they could do differently to get it. It also builds on their desire to see large, systemic change for the better — looking at the forest, so to speak, in order to care for the trees.

Together, these talents give them a reputation for insight and wisdom, and it’s when that can be of service to others that they truly feel passionate and at their best.

Of course, people don’t always listen, and these opportunities can feel few and far between. A friend with a failing marriage, for example, may not be ready to hear that it’s better to move on; a friend who hates their job may need time before they’re brave enough to look for others. That’s okay, because an INFJ is happy to provide loving support in the meanwhile, and give unfiltered truth bombs at just the right time. They can sense the moment when a person is ready for a little nudge, and they know it’s worth the wait — because nothing matters more than helping someone overcome an obstacle and start a new, happier chapter.

Tell me more about the profit-share arrangement…

When people joke about INTJs being villains, mad scientists, or power-hungry executives, it’s pretty off-base. INTJs are actually deeply emotional, so much so that we can be confused with INFJs. (Expressing our emotions, though, is a different story. We generally view feelings as private.) However, as good-hearted as most INTJs are, unlike INFJs, we’re not necessarily in it to nurture others. The thing that really motivates us is achievement.

That’s because INTJs are wired not just to seek knowledge, but also to test things out. We’re the ultimate systems-thinkers, looking at the big picture of how a goal is being achieved (or not achieved), and how to improve it. We do this on everything from how to save a few minutes at the grocery store to how a business can save millions, or deliver a better product.

That means, for an INTJ, what’s truly satisfying is seeing results. Results are proof that an idea of ours worked. And achievement in any form — whether it’s a job title, a salary, or the respect of colleagues or loved ones — is outward proof that we are good at what we do. And that fires us up.

So it is true that many INTJs are social climbers, or have their eye on the corner office from the day they start their career. Others simply have financial goals, or are fighting to distinguish themselves in their field (this is especially true of INTJ academics and creatives). We do this not just for our own gain, but because deep down, we truly believe in meritocracy. So, for the seemingly cold INTJ, the way to get us red-hot passionate is surprisingly simple: Show us that potential rewards are directly tied to our results, and turn us loose.