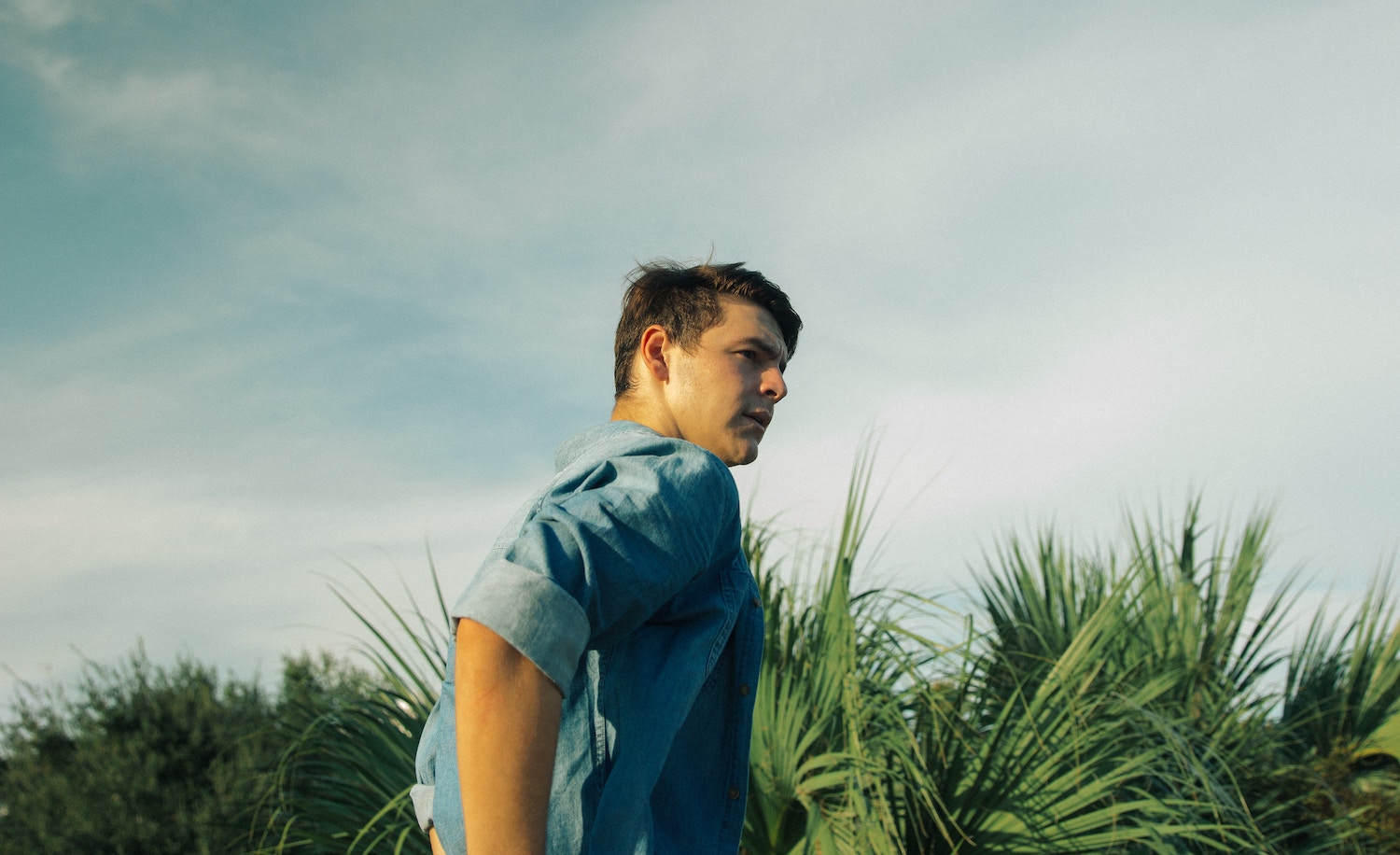 If you someone with the  INTJ personality in your life, there’s a lot that they probably wish you knew. But there are also things we might not tell you—especially about our emotional side. As INTJs, we don’t like to show emotions (in fact, just writing this article was like pulling teeth). But that doesn’t mean our emotions never affect us. Here are six things that INTJs wish you knew—but we’ll probably never tell you. These things may not apply to every INTJ in equal measure, but I believe this list is generally true.

What INTJs Wish You Knew

1. We have occasional outbursts, and they’re weird.

For a personality type known as “robots,” INTJs have a deep emotional core. We keep this largely hidden from the world, not as a protective measure but simply because we tend to view feelings as private. Expressing them in public is awkward, like forgetting to put on pants.

But those feelings are surprisingly sensitive. Your INTJ is likely to come equipped with:

Basically, if you cross a samurai style code of honor with the idealism of Gandhi and then give it imposter syndrome, you have a working model of the INTJ’s emotional core. (In personality type theory, this is known as our underdeveloped “Introverted Feeling” or Authenticity function.)

So what happens when those feelings get stirred up? Usually nothing. Most of the time, we keep that nonsense under tight wraps and deal with it privately or by talking to a trusted friend. But sometimes our emotions come out in a sudden burst that shocks everyone, including ourselves.

This usually happens when:

Then we suddenly get indignant, non-cooperative, and even angry. If the situation is beyond our control, we may rant. If it’s something we can influence, we rip into it with withering critique. Or we may become stubborn and throw up roadblocks until it’s addressed.

Try sitting in a car with three INTJs when another driver cuts them off and you’ll see what I mean.

So what can you do about this? Well, ultimately it’s on the INTJ to learn how to accept and deal with their emotions (as an INTJ myself, just writing that sounds icky). But, if you witness one of these outbursts, it does help if you realize that this is a very vulnerable moment for your INTJ friend. We probably don’t want to talk about it directly, but if you offer to help us with the problem, it goes a long way.

2. There’s nothing we appreciate more than someone trusting our advice.

INTJs have a weird set of strengths and weaknesses. Our biggest strength is that we can eyeball a problem and almost immediately see a way to make it better, or even solve it outright. Our biggest weakness? Well, often, we’re terrible at communication.

The result: INTJs can spend our time making great suggestions, or bringing up very accurate insights, only to be told we’re wrong. This is not a pleasant feeling. In fact, many INTJs identify with the story of Cassandra, the ancient prophet who was cursed to see the future but never have anyone believe her. It’s probably our biggest pain point as human beings.

INTJs can get better at communication, of course—and all the other skills needed to get our ideas out of our notebooks and into the world. But for many of us, nothing feels better than having someone else listen to our advice, take it seriously, and try it out. Fixing problems is what we’re best at. When someone notices that and starts to use our advice, it’s an almost spiritually fulfilling experience.

3. We smile more with emoji than we do with our faces.

INTJs have a well-deserved reputation for never smiling. Even when we’re happy, we tend to wear a neutral, focused expression (because we’re often happiest when we’re deep in thought) that others misread as anger. INTJs can and do learn to overcome this, but one look at the kinds of selfies we take is enough to prove the point.

Something funny happens, though, when we start texting or writing an email—suddenly we’re all emoji. For most INTJs, this isn’t natural either; we all go through a phase of rolling our eyes and griping that people don’t use correct punctuation anymore. But what we lack in social graces we more than make up for in our language skills—and emoji are, basically, just another written language. They’re basically a way to code emotions. And coding we can handle.

As a result, I find myself very easily switching to the appropriate written tone for whoever I’m texting to, and using emoji like I’m 17 years old—even though the INTJ grimace is locked on my face in real life.

4. It doesn’t make us feel good to be told we’re smart.

Anyone who knows an INTJ knows we often don’t take compliments well. I find this is doubly true when we’re praised for our intelligence. Since we’re known as masterminds and bookworms, you’d think there’d be no higher compliment you could give us than to tell us how smart we are. And occasionally it is satisfying—perhaps when a new boss notices it and calls it out. But as INTJs, we probably already know we’re smart; we’ve been told that all our lives. What we really value is what we do with it.

This focus on tangible achievements is why INTJs react so weirdly to compliments: if we’re already succeeding at our goals, we basically see praise as superfluous, because we’re happy without it. And if we’re not succeeding at our goals, being told we’re smart actually hurts—it underscores that we had the talent to succeed, so the failure must be our own fault. This is a self-pity loop that mature INTJs grow out of, but we’ve just about all experienced it at some point or another.

So, is there any kind of compliment that does make an INTJ’s day? Absolutely. With our great strengths comes a long list of weaknesses, especially the social skills mentioned above. Some of us spend years working to improve in these areas, and any praise we get is surprisingly meaningful. A simple, “You’re really great at handling clients,” or “I never would have guessed you think of yourself as a nerd; you’re always so charming” will melt an INTJ’s heart. (If it’s sincere, of course.)

5. We agree with you more than you think (really).

This can lead to major communication problems. For example, we may argue for something as a hypothetical only to have other people think we really believe it. Or, we might find ourselves in a one-hour discussion that we think is really deep, meaningful talk—but the other person thinks it’s a fight. The other day my girlfriend had to stop me in the middle of speculating about the job market and ask, “Wait, are you just talking out ideas or are you about to quit your job and move to Nepal?”

In polite conversation, this is on us as much as it is anyone else—we simply need to learn to rein in our debating and theorizing, and most of us do so by our mid-20s. But it also means many of us bite our tongues about our most interesting thoughts and ideas because we don’t want to upset anyone. This is part of why INTJs seem to “check out” from conversations: we’re running through all the possibilities in our head instead of saying them out loud.

The flip side of this is, once we’ve kicked an idea around enough, we often get convinced that you’re right. At that point, we will completely drop the argument (or the ruminating) and simply agree with you. But I think we often don’t emphasize enough that we really have come around to your way of thinking—that we’re on your side. Or, more accurately, that we’ve always been on the side of “let’s find the right answer,” and we’re proud to know someone like you who helped us find it.

INTJs can take a long time to warm up to a new person—perhaps more than other introverts. We often prioritize our work over our personal lives, giving us very little time to meet new friends. And we have high standards, preferring to surround ourselves with a few very interesting, thoughtful people. If you have an INTJ in your life, it may have taken you months or years to get “in” with them.

But once you are, you’re incredibly important to us. Bringing you into our inner circle means we think we can learn from you. It means that you stand out to us from all the other people we meet, and that we want to give you our respect, our affection, and our time. As a result, you’ll find that we’re patient, tolerant, and willing to stand by you even when other people would judge you. And, of course, we’ll offer way too much advice—see above. 🙂

How many INTJs do you have in your life? Have you seen any of these emotions and tics come out? Are there other behaviors you’ve noticed? Leave a comment below and tell us more.

Seminar for INTJs: Our partner Quistic offers a course for INTJ success. “Best Practices for Leveraging INTJ Strengths (and How to Be a Likable INTJ)” is a four-part webinar from success coach Penelope Trunk. Includes access to a private Facebook group with nearly 200 success-oriented INTJs. Learn more about the INTJ course here.