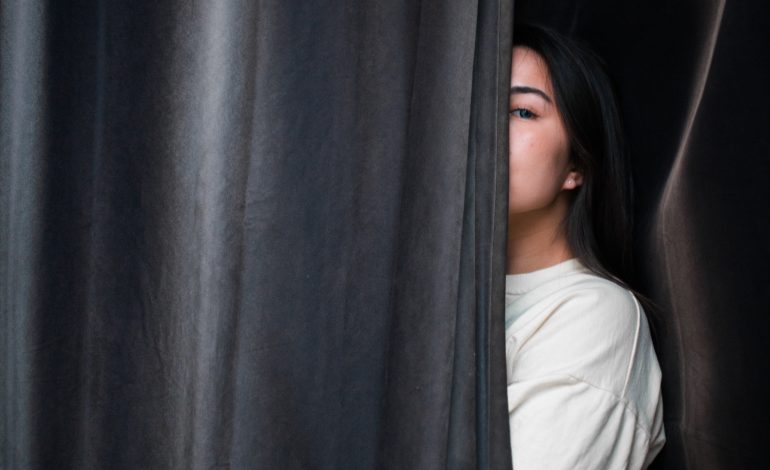 Everyone has a superpower, something they’re so crazy good at that it makes them “dangerous.” Introverts may be the best at hiding theirs, but that doesn’t make their gift any less potent. Here’s what secretly makes each introverted Myers-Briggs personality type “dangerous.”

The Most ‘Dangerous’ Secret Power of Each Introvert

ISTJs combine two of the most formidable personality traits: an absolutely bottomless work ethic and a complete refusal to give up on something that they’ve decided to do. That means, for all intents and purposes, an ISTJ with a goal is practically unstoppable.

Sometimes this will come out as an incredible toughness under the most trying physical conditions. Many ISTJs, for better or for worse, will push through anything from extreme heat to an actual physical injury.

In most cases, however, it comes through as a pure dogged determination — a belief that willpower can beat anything, and with enough hard work, even things that seem impossible will get done.

The crazy part? Most of the time, they’re right.

Everything that ISTJs do for goals, ISFJs do for bonds. They value relationships and mutual wellbeing above all else, from keeping a friendly, supportive workplace to cherishing their friends and family and helping pull up those around them.

Of course, everyone cares about their friends, but the ISFJ is often the one who bites their tongue, puts others first, and offers to help even if they themselves are exhausted or overwhelmed. This gives ISFJs the incredible superpower of creating harmony in the environments around them, and even seemingly miraculously de-escalating arguments and other sources of stress.

For the ISFJ, bringing people together isn’t about high ideals or a grand vision. It’s about the simple work of tending relationships: making time for people, listening, remembering the details of what they like and dislike. It’s about introducing people to each other, making fun plans, and volunteering relentlessly to help others. When it comes to creating a better world, ISFJs are only “dangerous” if you’re the one trying to harm someone they love.

ISTP: You won’t see it coming

ISTPs don’t navigate life by a plan or even a to-do list. Instead, they constantly take in their surroundings and react to whatever comes up. Unlike their extroverted the ESTP, however, they have no desire to take control of each new situation. Instead, they tend to blend into the background and wait for the perfect opportunity to pounce.

The result? ISTPs are individuals who are full of surprises and who come up with solutions — or jokes, pranks, stunts, or wild gambles — that come out of absolutely nowhere. An ISTP is perfect to have around when you need someone who doesn’t mind going against the grain, reimagining uses for common items, or simply throwing out an idea that no one else has thought of.

Just watch out, because they learn by doing, so by the time you understand their idea, they’ve probably already gone ahead and done it.

The ISFP has a talent for taking an idea and running with it in ways that no one else could imagine. Doing a Wizard of Oz costume party? They’ll be the one who shows up as a symbolic re-imagining of Dorothy or the Wiz, perhaps complete with animatronics they put together themselves. Going on a trip to Paris? They’ll be the one photographing street art and turning it into a curated art blog, then designing fashion accessories inspired by the images.

You know, just a normal Tuesday.

It’s not that ISFPs are automatically talented. Rather, they combine their creativity with a willingness to be quirky, stand out, and push social norms. They will spend years diving deep into their passions — whether that be animal slippers, 70s psychedelic music, faux-retro video games, or craft cocktails. The result is a savant who has the ability to take any creative idea to the next level.

INFP: Voted “most likely to start a revolution”

…also “most likely to leave the revolution early and go look at clouds.”

The INFP may be the toughest personality type of all for others to understand. They are seemingly easy-going and carefree, but when it comes to their values, they can become suddenly uncompromising. They’re friendly to a fault, but they frequently find others hard to be around. And INFPs are often referred to as “dreamers,” as if they never do anything — but they try new things every single day.

It’s from this cloud of seeming contradictions that the INFP’s most formidable trait emerges: an almost zealous willingness to make sacrifices for what they believe in.

INFPs have high ideals, and for them, falling short of those ideals isn’t really an option. Much of what they find baffling about the rest of humanity is that we so often pay lip service to our values without actually reaching for them. The INFP sees a clear vision of a world that’s better, one where we actually live the way we say we want to live — and if they’re a “dreamer,” it’s only because they spend so much of their time in that world.

That vision can be infectious. INFPs showcase their ideals in artwork, in writing, and in occasional gentle wisdom-bombs dropped out of the blue in conversation. They showcase it in the way they live their lives, and in their complete lack of hypocrisy. These things inspire others — often without a single fiery speech needing to be delivered.

INFPs spark revolution, and often, they don’t even mean to.

INTP: Don’t even bother arguing with me

INTPs are sometimes said to be the personality type with the highest IQ. While that’s up for debate (any INTPs willing?), it is true that their analytical minds are built to make connections at lightning speed. Where other people see a single road forward, INTPs envision a constellation of possibilities.

That quick jumping also means they can analyze huge amounts of information at once and outmaneuver almost anyone else when talking about it. Disagree with an INTP’s analysis and you’re likely to find yourself outfoxed — they’ve already considered your point from your side, the other side, and eight more sides you didn’t know were there. They aren’t always 100% right, but they can always out-debate someone and sound right.

Seem frustrating? It’s also valuable, and that quick analysis mode helps INTPs succeed in life. If you want to impress them, however, don’t just show up with a debate — show up with results that prove your idea works. Then your argument becomes a data point, and you and the INTP can move on to the next big discussion.

Of all the Myers-Briggs personalities, the INFJ is the type most likely to be an empath, in the purely psychological sense of that word. (Of course, other types can be empaths too.) For INFJs, it’s about seeing into your soul, reading your thoughts and feelings as if you were an open book.

This isn’t actually a psychic ability, of course, as it has more to do with noticing subtle cues you didn’t even know you were giving off. The INFJ will pick up on your tone of voice, body language — and especially the words you’re not saying. They easily see behind the mask that all of us are guilty of wearing in public. They know when someone’s hiding something, and when “everything’s fine” is anything but. It’s a powerful ability, and if you don’t believe us, here’s a test: Try lying to an INFJ. We dare you.

Luckily for the world, INFJs are also deeply compassionate people, and they tend to use this power for good. Although they notice almost everything about you, they’ll probably keep it to themselves, unless poked, prodded, or all-around cajoled for more info. Basically, they’re a walking catalogue on human psychology. No wonder they relate to others so well (when they choose to do so). No wonder they’re world-changers and game-shakers.

Just don’t mistreat them, or you’ll see what happens when someone who can see your soul takes the gloves off. INFJ door slam, anyone?

INTJ: Destiny is mine to control

Where the INTP sees a constellation of possibilities, the INTJ charts the path between the stars. Their approach to logic is to use it to plan carefully, forecast ahead, and if needed, work for years to bring a goal to fruition — managing every potential pitfall along the way.

Of course, everyone is capable of setting goals and planning, but INTJs elevate it to a science. Their minds are built to forecast problems, plan solutions, and fit them into the bigger picture. The result is a startling ability to control the future (well, mostly) and bring about results against all odds.

This can make the INTJ feel like an outsider in social settings — controlling every aspect of a party to bring about a desired goal is not exactly the road to a good time — but it makes them potent when they apply their mind to a career, a business, or helping their children achieve their dreams. It also makes them profoundly talented scientists and philosophers, fitting new data points into bigger patterns to reach major discoveries.

This is exactly why so many INTJs seem to treat their job, work, or hobby as more important than anything else — these are areas where they can see objectively what works, and optimize future outcomes. And for an INTJ, that’s zen.