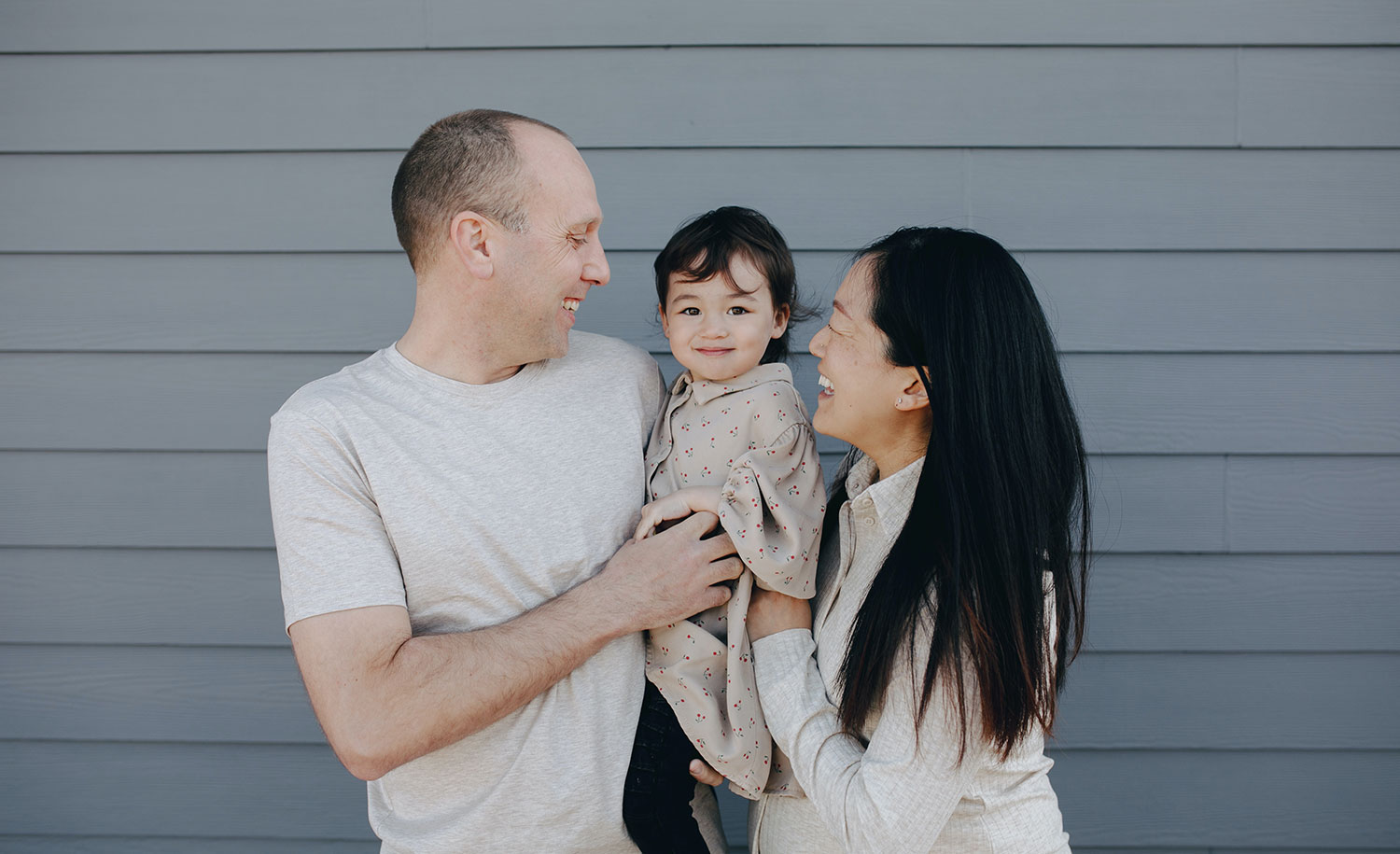 As an introvert married to an extrovert, it can be like a game of Tug of War, each of us trying to pull the other in our direction.

I met my now-husband at a local brewery in Oregon. We were both from out of state and had relocated to a small town on the coast.

I was sitting at the bar of that local brewery, minding my own business as introverts do, when some guy I’d never seen before sat down next to me. I overheard him tell someone that he was from New York. He started up a conversation and I asked him what brought him all the way out to Oregon.

“Kayle.” No other explanation.

“Huh. Who’s that?” I had no idea who he was talking about.

I honestly think he might have spit out his beer as he exclaimed, “You don’t know Kayle?!” as if it was the most absurd thing he’d ever heard.

I laughed. “No, um, I have no idea who that is,” I said, looking around like this might be a joke.

He pointed to some guy playing foosball in the corner, “That’s him right there. Hold on… Kayle! Hey!” He then introduced us. I thought he was cute, but also that he seemed annoyed to have been pulled away from his foosball game.

The night went on uneventfully (and I’m not even sure when we saw each other again). But it was almost impossible to not run into people in a town that size, even for an introvert like me. It was definitely impossible for me not to see him again, an extrovert who seemed to be everywhere all of the time.

Yes, I ended up in a relationship with that foosball player. And those early stages of meeting, being intrigued, attracted… are filled with excitement. So maybe I got out of the house a little more than usual, went to more events and concerts, and stayed out later than my introverted self wanted to. But what can I say? He was cute and his charm was hard to resist.

The honeymoon phase came and went, as it does, and our dating relationship grew more serious. We moved in together and began the process of adjusting to each other’s quirkiness. I had to admit that I didn’t want to go out every Friday night — and he got honest about needing to get out of the house more often. It was kind of like a game of Tug of War at first, each of us trying to pull the other in our direction.

Getting Real With Each Other (AKA a Lot of Communication)

It took a lot of communication for each of us to understand the other and to find ways to compromise — and without taking things too personally. If he wanted to go out with friends on Saturday night, but I needed some downtime, I felt like he didn’t care enough to stay home with me and he felt like I didn’t value our friends enough to go out with them.

At first, it felt like we simply had different core values — which seemed like a recipe for failure in a relationship. When, in reality, we just had different needs. Of course I value our friends and love spending time with them, but sometimes I need — need — the downtime to recharge so that I can actually spend time with them in an enjoyable way. And, of course, he cared about my needs; he just didn’t understand them or really even know what they were in the first place. (At least not initially.)

And so we put one foot in front of the other and just kept moving forward, sometimes stumbling and sometimes running. We found compromises that worked for us, like when he joined a Pool League and went out with friends every Wednesday night while I stayed home, enjoying a quiet evening to myself. We also made sure to have date nights that didn’t always involve other couples or friends, so we had time and space to have deep conversations alone. And, of course, we hung out with friends and family together sometimes, too, and enjoyed the support of community.

Most importantly, though, we continued to communicate about what we needed in the moment in order to strengthen our relationship.

Marriage and Babies and Change, Oh My!

Suddenly, five years flew by and we found ourselves walking down the aisle, saying “I do.” One month later, I found myself looking at two blue lines on a pregnancy test. They say the first year of marriage is the hardest. Well, we decided to double-down on that and have kids while we were at it.

I’ll be honest, it didn’t really occur to me that just because we had found a rhythm to our relationship didn’t mean we’d naturally be in sync as parents. Those first few months are a real doozy. Sleep deprivation can really bring out your differences and exacerbate your very conflicting needs like you never knew was possible. And the delicate balance we had managed between the two of us seemed to be pushed off-kilter by the presence of a third.

Four years and two kids later, we’re still trying to find our way through the haze a bit. Not to mention that those four years included a cross-country move with an almost-three-year-old and an eight-month-old in the middle of a global pandemic. There have been a lot of highs (and some lows) and we are definitely no experts. But here are a few things I know for sure.

Most of the time, my husband and I want the same outcome — we just have different ways of getting there. But until we realize that we’re actually aiming for the same thing, it can feel like the other person just doesn’t get it.

So before you talk about the how-to, explore the “what” and the “why.” It’s so much easier to be open-minded (and less defensive) when you feel like you’re on the same team, with the same end goal(s) in mind.

2. You each matter just as much as the kids.

It’s so easy to always put the never-ending needs of your children first and to forget that you are also a human being with needs and feelings and all of the things you were before kids. And so is your partner.

While it might seem overwhelming — and even impossible at times — don’t lose sight of yourself… or each other. Look up above the dirty diapers and screaming babies, and really see each other, whether this means cuddling on the couch when the kids are asleep, getting up in the middle of the night when a child needs something (and giving your partner a break), or going on those aforementioned date nights,

You, my darling introverted parent, are an introvert — whether you are single, married, have kids, have pets, or live on the moon. Your core needs aren’t really going to change. Your environment, and the means by which you meet those needs, will probably have to adjust through various stages of life.

When it comes to parenting, it’s almost like starting the dating process all over again. We meet these tiny little humans and then look up and see our partner, who is now also a parent, and it’s kind of like meeting them all over again, too.

The honeymoon phase comes and goes, and we settle into this messy process of figuring out what works — and what doesn’t — and how to meet our own needs, the kids’ needs, and maybe get a little sleep at some point. Again, all while trying not to take everything personally or too seriously, but remembering that we’re on the same team, aiming for the same thing.

Maybe you have another child or move across the country or switch careers or any number of life-changing scenarios. And you kind of start the process of adjusting all over again in those scenarios, too. Life just cycles through one phase after another, and sometimes it’s simply our perspective that makes all the difference.

But the most important part is, you’re lucky enough to hold the hand of the person you love as you meet (and remeet) them over and over again. And you can make up, and amend, the parenting-while-married “rules” as often as necessary.

I am a freelance writer in Upstate New York, covering motherhood, yoga, and wellness. I have contributed to places like YogiApproved, Mantra Magazine, and more. I also write a column called Behind the Scenes, a collection of personal essays. You can find more about me and my work at AmyHortonFreelance.com.