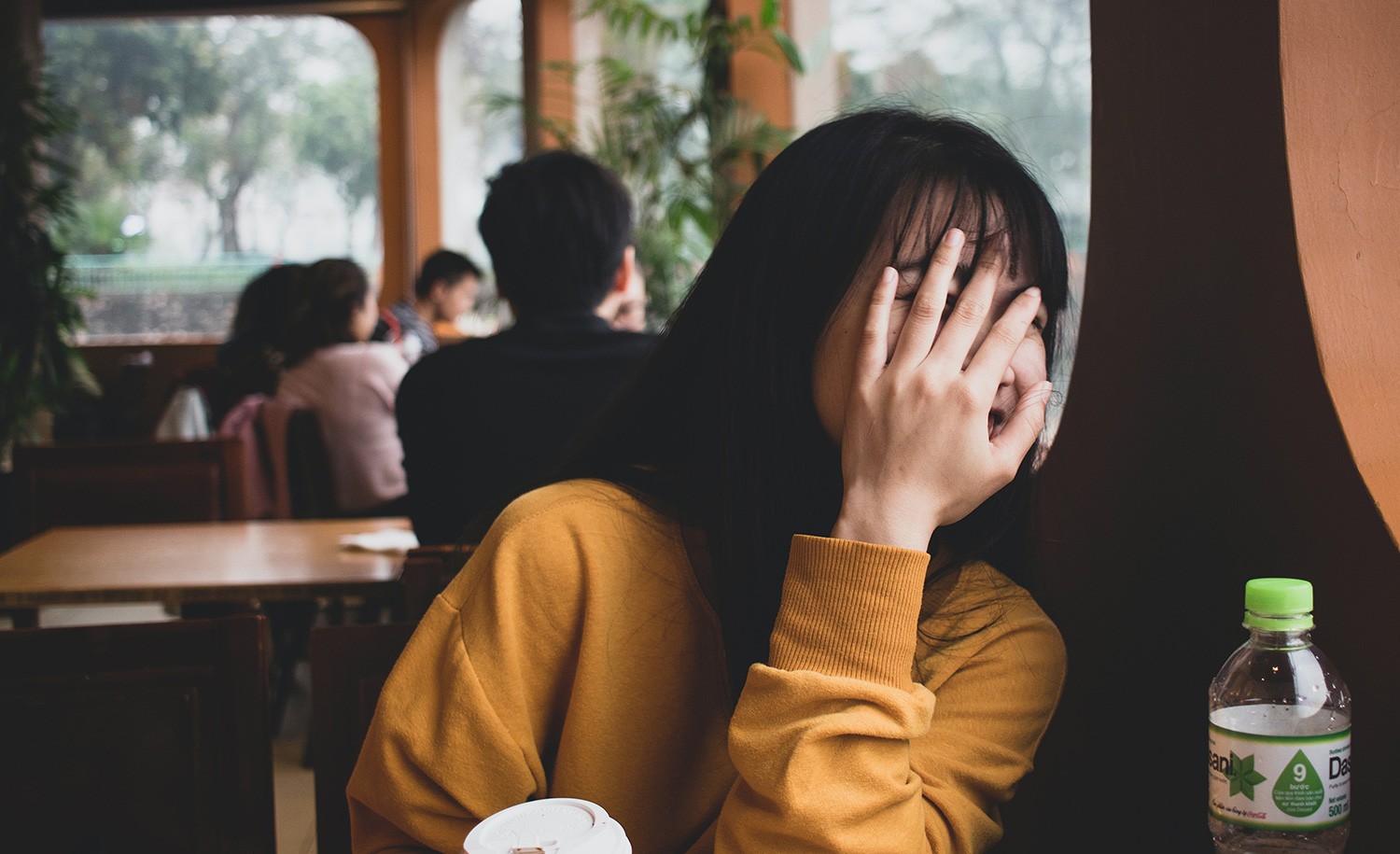 When you’re a shy introvert, people mistake your shyness for rudeness. The truth is you’re just thinking (and overthinking) what to say.

Many people confuse introversion with shyness and think all introverts are shy. But that’s not the case.

Some introverts feel quite comfortable in social situations and are not plagued by a feeling of self-consciousness when they are with other people. However, they still need quality alone time to recharge their batteries after social interactions.

Shyness, on the other hand, is characterized by things such as being self-conscious and apprehensive when approached by people. And not all shy people are introverts. “Shy extroverts,” for example, crave social time, but may struggle to socialize effectively. As a result, they often avoid social situations.

So what happens when you’re both shy and introverted? You feel uncomfortable (or even anxious) in social situations, and when you do manage to put your discomfort aside and socialize, you get drained easily and need time to recover.

It’s little wonder that many shy introverts think there’s something wrong with them (including myself at one point), or that they need to be “less shy” or “more extroverted” — or both! The truth is, we are who we are, and it’s perfectly OK to be a shy introvert. In fact, here are five reasons shy introverts are awesome!

All that said, there are several challenges that come with being a shy introvert — and maybe you’ll be able to relate.

6 Problems All Shy Introverts Will Understand

1. People misunderstand or underestimate you. They mistake your shyness for rudeness.

Sometimes people mistake your shyness for aloofness or even rudeness. You might be at a party or networking event, someone may ask about your day — and all of a sudden you get tongue-tied. And instead of trying to respond, you utter a monosyllabic answer and quickly excuse yourself. Or they think you’re too passive, like a wallflower.

Either way, you don’t always make the best first impression.

Similarly, they may underestimate you because you hesitate to speak up about what you know or shout your many gifts and accomplishments from the rooftops.

When I was younger, I enjoyed surprising people — only the snobbish ones — by casually dropping into our conversation the fact that I was a lawyer, had worked for the UN, and had traveled and lived all over the world. It was funny to see how those people suddenly sat up and took notice. Well, funny and sad — sad because some people were so quick to judge me based on my professional titles and qualifications.

I don’t do it anymore, as I no longer feel the need to impress people I don’t even know (or like!). Instead, I just let people make up their own minds. Some people will judge us no matter what we do or say — or don’t do or don’t say — so rather than trying to change their minds, I prefer to find like-minded people who “get” me and I can be myself around without being judged.

2. You’re super private — you feel too exposed if you share too much with others.

We shy introverts don’t like to feel “exposed” to the world, especially to people we don’t know. But it can often have a far-reaching impact, not just for yourself, but also for your work and relationships.

For example, as a business owner, I know the importance of regular social media posting and engagement with my audience. But even then, I’m still reluctant to post on Facebook or LinkedIn to promote my business. In the past, I even resorted to hiring a virtual assistant so I didn’t have to do it myself! I’ve since learned to let go of some of my reservations, but I still think twice before posting anything online — personally or professionally — as it makes me feel exposed and vulnerable in the impersonal space that is social media.

However, we shy introverts do open up more readily in person, when we feel safe, and especially if others open up first. Often, all we need is gentle encouragement and a sense of shared camaraderie. That doesn’t mean we’ll tell someone every last detail about our lives (we all know people like that!), but we won’t withhold everything either.

3. Sometimes you avoid people, even those closest to you.

As an introvert, you need a lot of space so you can process information and take time to rest and recharge. But after some quality alone time, you’re OK to venture out into the real world again.

Some days, however, shy introverts just want to be left alone entirely. You go into “social hibernation,” even away from people you know and love, and then you beat yourself up afterwards for being such a recluse. This may happen after a social event or getting overwhelmed, but it doesn’t have to have a trigger either. “Hibernating” is a form of hiding out because the pressure of socializing just gets to be too much.

This is particularly true for shy introverts: Your shyness (not your introversion) means that often you overthink and have negative expectations of social interactions. You’re worried that you would make a fool out of yourself or people won’t like you. So you talk yourself out of social situations altogether.

And even when you do manage to show up, you find it incredibly hard to start a conversation because your inner critic just won’t shut up. Instead of speaking up and sharing your knowledge and passion about something, you find yourself second-guessing yourself about what “everyone” would think — if you say something wrong, they’d think you’re an idiot; if you say something good, they’d think you’re a show-off. Either way, you just can’t win (you think!).

So you stay quiet and let the moment pass, and you wonder why people talk over you and don’t seem to pay attention to you or your ideas. And that reinforces your fear that people don’t like you and you have nothing to offer, and you’re even more reluctant to venture into a new social situation next time.

4. You hate spontaneous social events, like a last-minute party.

Sure, even though you don’t like it, you may be capable of walking into a social event and making conversation — so long as you’re prepared and can recharge afterwards. But spontaneous social events and visits are not your jam. For example, it was our turn to host Christmas dinner for my husband’s family one year. Trust me, I wasn’t thrilled about it, even though it was just a small gathering of eight.

However, a couple of guests turned up an hour early! I had been running around trying to get everything organized, and I needed to take a shower badly and put on something nice. In other words, I was unprepared. So, imagine my reaction! I had to take a few deep breaths and calm myself down before I could be civil toward the early — and very naughty — guests.

It is incredibly uncomfortable for us shy introverts to say “no,” especially to people who are close to us. So we may end up agreeing to things we don’t want to do. Worse still, we then have to deal with getting out of something we agreed to earlier! Or we force ourselves to go through with it, cursing ourselves the whole time for not being able to stand up for ourselves.

For example, you may say yes to being part of a craft project that your friends are involved in, even though you are the least crafty person in the world (and daydream about all the other things you could be doing instead).

I am no exception. It took me forever to learn how to confront difficult people, say “no,” or speak up to get my needs met in a calm, clear, and confident way. So when it comes to setting boundaries, I’d be lying if I say I’m 100 percent comfortable with doing so today.

But — and this is a big “but” — the difference between my younger self and my older (and hopefully) wiser self is that now I understand how damn important it is, so I do it despite my discomfort. Instead of ignoring or putting my feelings and needs last, I’ve learned to be a good advocate for myself. And you can, too.

For example, I was in my mid-30s when I met my now husband. I remember talking about the topic of having kids after we had only been going out for a month or two. In my younger days, I’d never have dreamed of bringing up such a sensitive topic so quickly — and risk scaring a man away. But because I knew it was important to me, I didn’t hesitate.

(Here’s how to set healthy boundaries when you’re a peace-loving introvert.)

6. Sometimes you hold yourself back because you worry about how people will react.

As an introvert, you have listening skills like nobody else, but you can overuse this superpower because it comes so easily to you.

And while there’s nothing wrong with wanting to observe and listen more than talk when you’re with others, you need to be honest with yourself when you’ve crossed the line into holding yourself back from expressing yourself — due to fear of judgment, rejection, conflict, or simply messing up.

Whether it’s speaking up in a work meeting (you have a great new idea!) or within a new group of people socially (you’ve seen that band in concert, too!), only you can tell the difference between playing to your strength and hiding behind it, so check in with yourself next time when you notice you’re staying quiet. What’s stopping you? Do you genuinely want to gather more information before speaking your mind, or are you afraid of how people will react if you do?

When you start expressing yourself, people who like the real you will be drawn to you and people who don’t, won’t. And that’s good news. We don’t want to be surrounded by those who would only like us being a certain way.

At the end of the day, we all want to be loved and accepted for who we really are. While shy introverts are faced with challenges, we’re also gifted with many superpowers that are unique to us.

“Be who you are and say what you feel, because those who mind don’t matter and those who matter don’t mind.”

My fellow shy introverts, what challenges would you add to the list? Share them in the comments below.

Annie Huang is a refugee lawyer-turned-life coach after her own devastating breakup. As an introvert herself, she loves to help women bounce back from difficult struggles and heartbreaks with ease. She is the author of Brave Again: Your Roadmap from Heartbreak to Happiness, a book about healing and finding courage to begin again. Visit her online and get a free chapter of her book at LoveYourJourney.net/book.