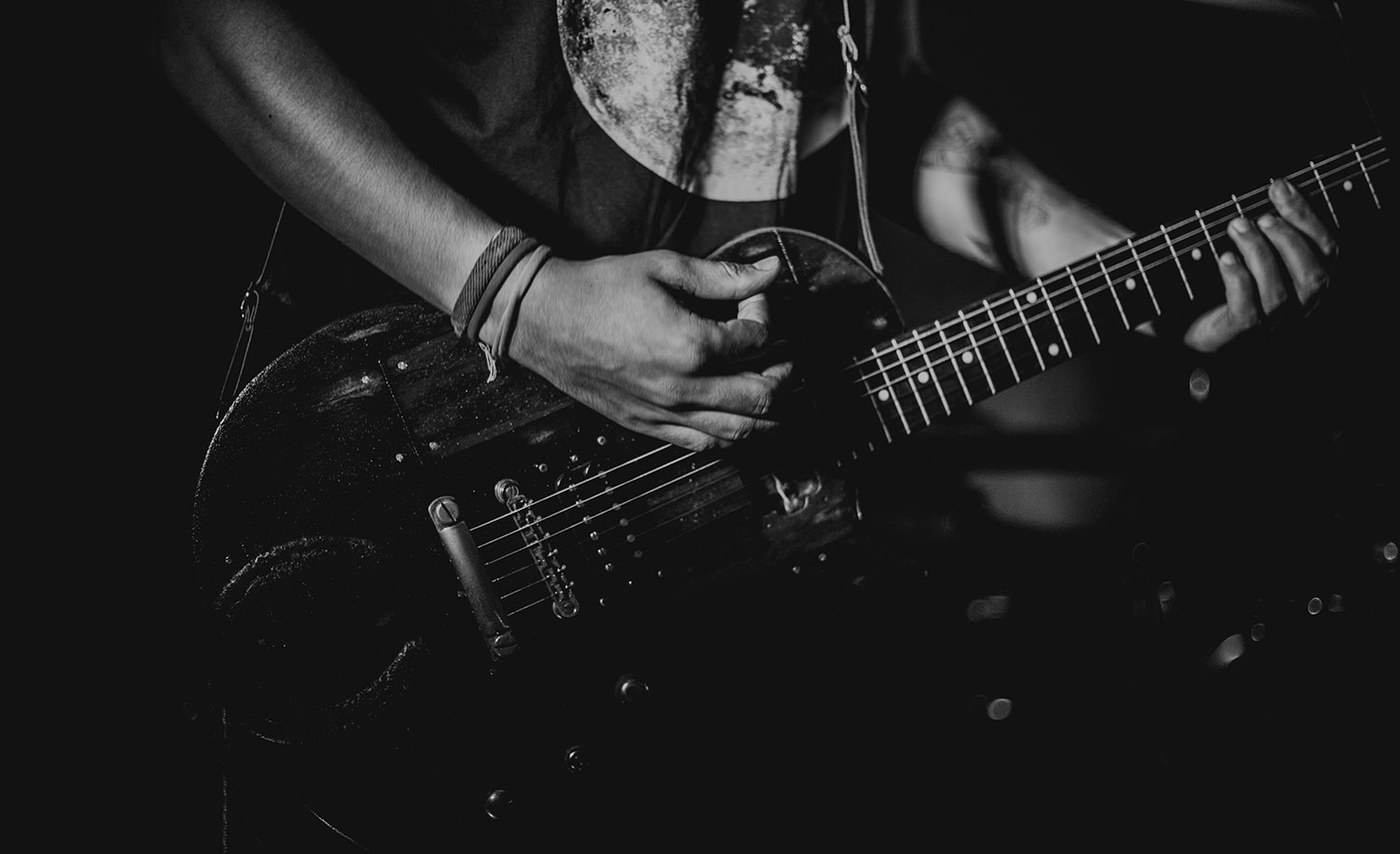 Since musical artists are very much in the public eye, you may not think they could be introverted.

When we think of bands and musical artists, we may think of people with talent, exciting lifestyles, and attractiveness. Since they are very much in the public eye, people may not necessarily expect that they may be introverts. But introverts often have rich inner worlds and are especially creative – and some introverts can actually thrive on performing and being on stage.

As “quiet ones,” we also appreciate listening to music. We don’t so much do it to party with others, but to reflect, to emote, or to have as the background soundtrack to our reenergizing alone time, inspiring us through their melodies and lyrics.

So to further encourage and inspire us, here is a list of introverted musical artists, including some that may surprise you!

As a prolific musical artist since the 1960s, Bob Dylan has made a strong impact on culture. He was a folk singer in his origins, but then reshaped rock and pop. Some of his best-known songs include “Blowin’ in the Wind,” “The Times They Are A-Changin’” and “Like a Rolling Stone.” He has also engaged in other creative pursuits, from editing film to visual art.

There are several signs from Dylan’s biographies, and his own words, that he is probably an introvert. While has not been hesitant for his songs to be widely used, that doesn’t mean he puts all of himself out there. He’s been known to withdraw, protect his privacy and not engage with the press at many times in his life, or at least do so selectively. He did not attend the award ceremony of his 2016 Nobel Prize for Literature, for example.

Also, in the liner notes to his 1985 album, Biograph, Dylan said he was drawn to folk music because of its depth. “I knew that when I got into folk music, it was more of a serious type of thing. The songs are filled with more despair, more sadness, more triumph, more faith in the supernatural, much deeper feelings.” With several of his most famous songs having been used for protest movements in America, he also said he intended some of them to have a larger purpose. This pursuit of deeper meaning is a hallmark of introversion.

To add more evidence to the idea that Dylan is an introvert, let’s look to his lyrics in the song “The Groom’s Still Waiting at the Altar”:

Try to be pure at heart, they arrest you for robbery

Got the message this morning, the one that was sent to me

Lorde shot to stardom before she was even 17 years old. She has become known for her creative genius and eccentricity, and has no trouble performing on some of the most prominent stages in the world. Lorde’s lyrics and personality, however, can give inspiration to introverts.

In fact, Lorde told Vanity Fair in 2017, “I’m an introvert, a writer — just trying to translate what’s inside my chest.” Though she grew up in a big family, she chose to buy a large house on her own in her native New Zealand. She told The Guardian, “When I bought the house, people asked: ‘Isn’t it going to be strange living by yourself?’ And I was like: ‘No! I adore the feeling of being able to spread out my brain.’” She’s also known for limiting her social media presence. (My fellow introverts, doesn’t this sound familiar?)

We introverts can draw encouragement from how this highly intelligent young person — who has reached the heights of fame — embraces who she is. And, hopefully, will continue to bless us with her music for years to come.

As if 2020 were not a tough enough year, at the end of it, rapper and producer MF Doom died. His real name was Daniel Dumile, but he always rapped in a mask and in character. It was this familiar desire to place a protective barrier between himself and the world that made me wonder if he was an introvert. For some of us, that barrier is just our headphones; however, Doom’s were entire personas, along with a mask. He was doing artist anonymity before it was cool.

Inspired by vintage Marvel Comics’ villain, Doctor Doom, MF Doom was born in London and grew up in Long Island, New York. He started rapping as a kid, released albums that gained a cult following starting in the ‘90s, and hit his musical stride most prominently in the 2000s, through several collaborations. He was the kind of musical artist that real “hip hop heads” and experts praised.

Upon his passing, numerous famous musicians cited him as an inspiration. “It felt special for one of the greatest artists alive to actively avoid the spotlight in a media landscape that’s increasingly reliant on endless self-promotion via as many channels as possible,” tweeted Watchmen writer Cord Jefferson. To me, that sounds like an introvert who made an impact.

Are there any country music fans out there? Well, if so, you can probably name one or two of the great country music stars who might be introverted. But Eric Church is a more contemporary one whose music first caught my attention for the meaningful content, and he has said he may be an introvert.

Church talked about socializing at awards shows in a Rolling Stone interview. He said,”I genuinely hate it. I’m not comfortable there. [My wife] Katherine? Completely comfortable. You could throw her in with 40 strangers and she’ll jump right in. I’m not. So I guess that makes me introverted.” I bet many introverts can relate to Church’s honesty here.

Church’s seventh No. 1 hit was “Record Year,” a song with a play on words about how a year of listening to music’s greats helped him get through heartbreak and come out better than ever. This is kind of “meta” for a musician to write, but also may sound familiar to many introverts. As an introvert, I know that “Record Year” — and a slew of other songs — have helped me process my emotions and memories.

He’s actively making plenty more music, so if you visit the country genre, I encourage you to make Eric Church a stop on your tour.

Prince has been recognized not only as a great musical artist, but also as a role model. In fact, numerous business magazine articles have been written about lessons from his creativity, branding, and more. He was also an introvert.

Of “Purple Rain,” “When Doves Cry,” and self-reinvention fame, Prince was said to be reserved and to take time to get to know himself when he was not onstage. Prince showed other bands and artists what it could look like to remain independent and control their own career and creative work. Prince made music over several decades and crossed genres. He worked so hard that his estate is still trying to release all the music he created, five years after his death.

Taylor Swift is one of the biggest names in music, but she may also be an introvert. Tay-Tay, as some of her fans affectionately call her, cannot go anywhere without a security detail and most likely a paparazzi following. She can sell out concerts of over 100,000 fans. But after all that, she needs to recharge.

Swift is known for including true and fictional stories about her friendships and relationships in her songwriting, an idea that is supported by the titles and content of her albums such as “Folklore” and “Evermore” and an early hit song, “Love Story.” But Swift still needs alone time. Swift told GQ, “I’m around people so much… Massive amounts of people… When I get home [from doing a show], there is not one part of me that wishes I was around other people.”

Introverts can relate to the need for alone time to regain our energy after being with people. (Well, we can relate… except for the part about being a huge star with massive audiences.)

Being relatable is also one of Taylor Swift’s strengths as a songwriter and public persona. She has experienced both love and loss. And, during COVID-19, she cut her own hair, cooked, and did video calls with her friends (though she also found ways to give back). If she is in fact an introvert, we can see from Swift that it’s not something that gets in the way of success or our humanity — quite the opposite.

Creative Introverts Inspire Each Other — and Us

Interestingly, several of the musical artists in this list have said that they are friends with each other or inspired by one another. Creative introverts always have more of an effect on others than we may know, and may find support in looking up to, or being with, one another (for a short, deep conversation, that is).

Whether music is your everyday happy place or something you haven’t revisited in a while, why not give one of these artists and bands a listen? You just might hear something that resonates with you as an introvert and as you go through life.

Fellow introverts, which musical artists would you add to this list?

Tandice is an Iranian-American consultant, freelance writer, and marketing professional (you can find her at tandicegstrausbaugh.com). She adventures where life and her marriage take her, but she tends to find nature and art wherever she is. She loves her cat, art history, murals, her husband, bodies of water, trees, and portraits, not necessarily in that order. She likes to use her time and effort for worthy causes in her community.