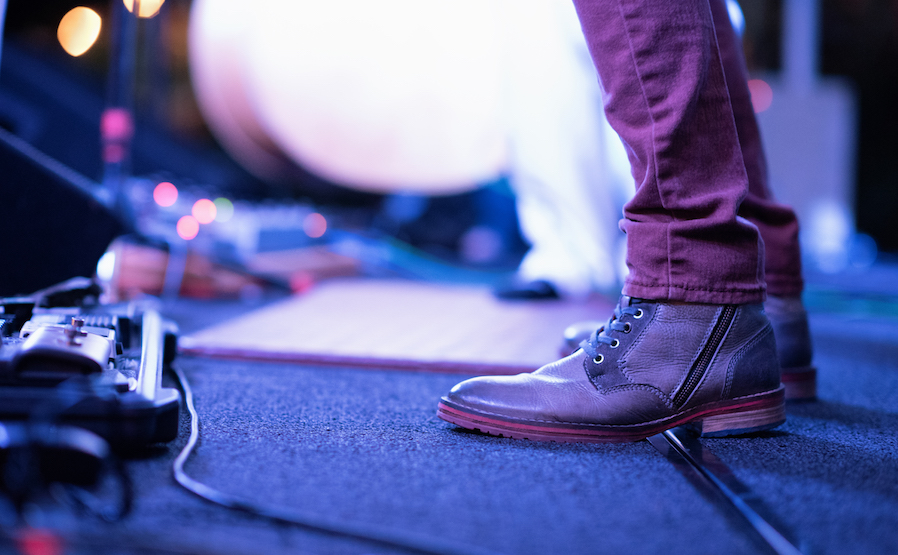 I’ve been creative since I was a child, specifically in the areas of music, drama, and the literary arts. In high school, I was a member of the band, the drama club, and the school’s newspaper. Nobody was surprised when I joined the band; I was just one of the twenty musicians. Nobody was surprised when I joined the school’s newspaper either, because my name was the only thing that was being put out there — not me. But auditioning for the drama club? That raised a few eyebrows! A quiet person performing in front of an audience just didn’t make sense.

I still remember when my music teacher, Ms. MacGregor, walked in to watch our rehearsals. We were doing a murder mystery, and I played the sassy mistress of the rich lord who was killed in the manor. Judging by her facial expression, Ms. MacGregor was dumb-founded. “I never expected she could get up and act on stage like that, I mean – that’s so unlike her,” she said to our director.

And I should be happy, right? What quiet person doesn’t want to shock people into realizing that we’re actually capable of having talent? Problem was, Ms. MacGregor didn’t bear the expression of someone who was blown away. Rather, she seemed confused. As if she just witnessed a miracle in front of her eyes that she was having a hard time believing.

Another time, I signed up for a talent show. I told the stage manager, whom I knew well, that I needed a keyboard so I could accompany myself. Luckily, there were a number of other performers who wanted to accompany themselves on the keyboard as well. During the tech rehearsal, when it was my turn, the stage manager took the microphone away from the stage. I asked for the microphone back, reminding him that I needed it because I was singing. He looked at me flabbergasted and said, “Oh … you’re actually going to sing?” Then he added, “I thought you were just going to play.”

I was really miffed by his reaction. Did he not believe me when I told him twice that I was going to sing? All the other other performers were loud, flashy extroverts, and he didn’t take their microphones away. Yet when it came to me, he did.

Why Do We Have This Bias?

Being an introvert is hard enough, but in a society that glamorizes extroversion as the only preferred personality, it’s even more challenging. Especially in the performing arts. You’re expected to continuously sell yourself, a skill that is often associated with the outgoing, brassy salesman-like extroverted types. And even if you succeed in that world, you’re looked at as an anomaly. As if something doesn’t add up. Quiet doesn’t always equate “performer” in many people’s minds, and I think the reason for this can be narrowed down to two things.

First, there are labels. Remember that saying, Don’t judge a book by its cover? Well, we do. We judge someone by their looks on Tinder. We judge a house by its exterior. Then when that cute guy turns out to be a creep, or that perfect house turned out to be filled with asbestos, we’re shocked. Same goes for introverts. Nobody expects us to have the confidence to be on stage because we don’t fall under the stereotype of the self-absorbed I-wanna-be-famous actor. We love performing for the sake of the art itself. So when we open our mouths to sing or recite Shakespeare, it rattles the quiet, shy stereotype we are known for.

Then, there is our obsession with predictability. People love predictability. It’s our way of putting a stamp on things. Looking for a lead singer? Pick the one who loves being the center of attention. The quiet one will probably be too scared to even talk to people, right? We make these labels so naturally, we don’t even realize it. We pre-judge when we see just one aspect of someone’s personality. And once we “know” who that person is, we don’t have to spend any more time figuring out who they really are. We don’t want any surprises, so we pre-judge.

What Can We Do About It?

Ask any social scientist, and they will probably give a more sophisticated answer. But for me, based on my experiences as an introverted artist, it all comes down to this cliché — be open about who you are. Be honest. And if that means saying no to party invitations once in a while, then so be it. I used to go to all the cast parties all the time whenever I was doing a show because I didn’t want to seem aloof and “not part of the ensemble.” It drained me — it felt like high school all over again, except this time, I was an adult trying to fit in with the cool adults.

Socializing is important, but it should not be mandatory to the point that we feel ashamed by not going to a social event once in a while. Not going doesn’t make you less of an artist, it just means you’re wired differently. So instead of saying, “Oh my God, I can’t wait for the party,” just be honest and say, “You know what, not tonight. Maybe next time.”

It seems so simple and mundane, but if more of us do this, we’ll slowly break the image that all actors, singers, dancers, etc. are all crazy party people who love being the center of attention. We’re not all the same! Some of us, believe it or not, like privacy.

And, when more of us are honest, hopefully the next time a quiet kid wants to audition for the drama club or sing at the school’s talent show, they won’t think, “Oh, I probably shouldn’t do it, I don’t have the personality for it.” Instead they would say, “Oh yeah, I could get up and act on stage like that. After all, that’s so like me.”

Learn more: The Secret Lives of Introverts: Inside Our Hidden World, by Jenn Granneman

Shirley is a theatre actor turned arts administrator who is living the life of a satisfied introvert. Her freelance work allows her to work at home while giving her plenty of time to pursue her two passions – singing and playing the piano, and creative writing. She is currently working on her second novel.