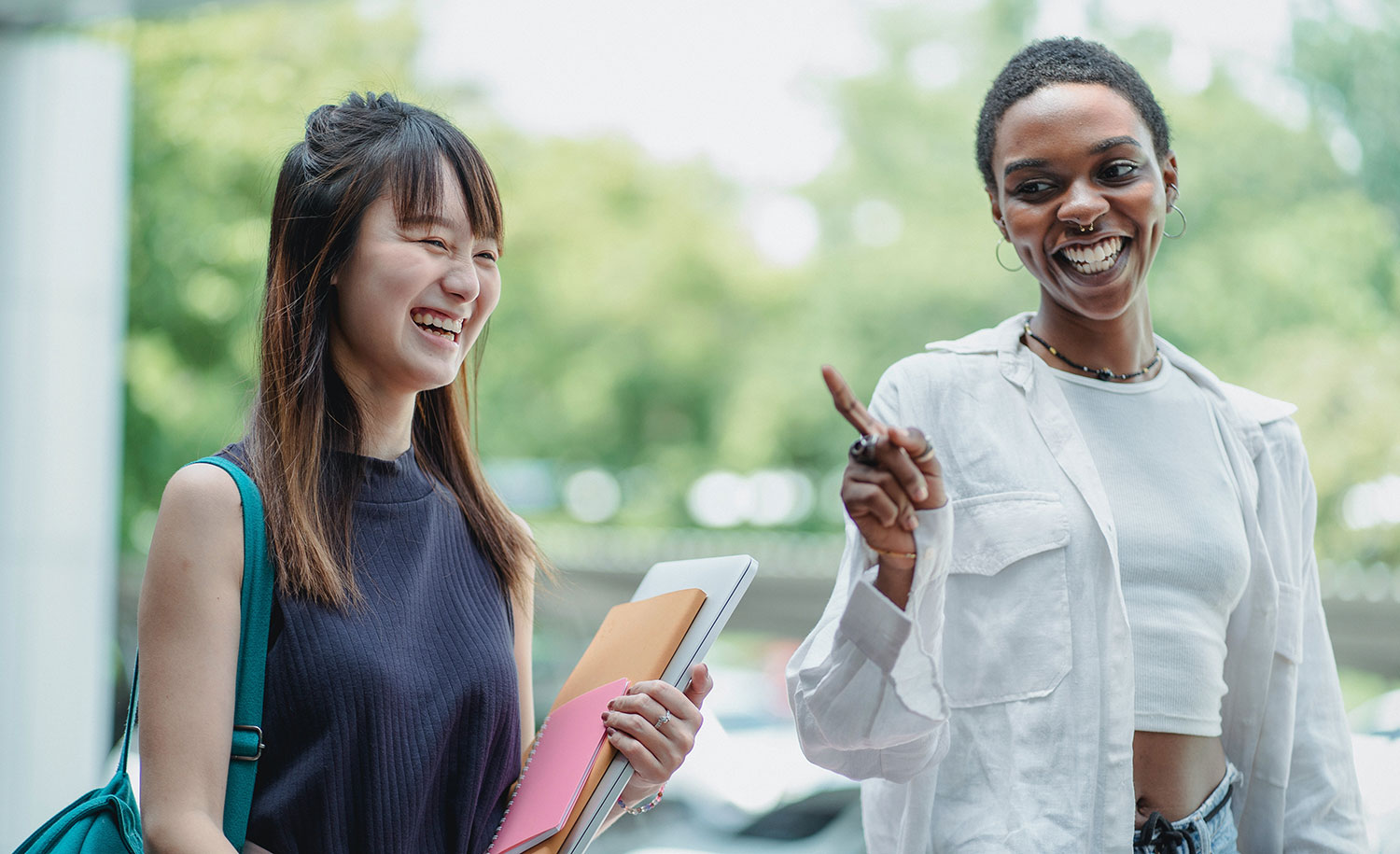 “Why don’t you talk more?” is high up on the list of things not to say to your introverted friend.

There are a few things that every introvert has been told at some point in their lives. We introverts are used to it, trust me. But that doesn’t mean we like it. And when the person saying these things to us is a friend, it bothers us even more — we mentally roll our eyes and want to let out a huge sigh.

So, extroverts, if you have an introverted friend, this list is for you. Here are a few things that “quiet” friend of yours doesn’t want you to say to them.

This is such a common question, but it’s so difficult to deal with. What a lot of extroverts don’t understand is that a person can actually prefer to stay silent. That’s honestly just how we introverts are!

We like to think. We like to analyze things and create new things. And that means we need to stop talking at times and spend some (or a lot of) time inside our heads.

This doesn’t mean introverts don’t like to talk at all, though. We do. But we’re satisfied with a lot less talking than extroverts are.

Please don’t think that makes us bad friends; in fact, we may be the best friend you’ve ever had. We love to listen, and if you have something to say, we’ll be a patient and attentive listener. Just please don’t ask us why we don’t talk more.

2. “Why do you take so long to respond to messages?”

Introverts spend a lot of time inside their own minds — they like to think and process and think some more, and it requires a lot of focus. So when a text message pops up on their phone, they don’t like to be pulled out of their own world just so they can send a quick reply.

Since we have our phones on us nearly 24/7, a lot of people expect us to be readily available at all times. But for introverts, who desperately need their alone time, it’s only natural that they aren’t always ready to have a conversation with others — even via text. So it’s best if you don’t ask your introverted friend why they don’t reply to your messages instantly. They will (eventually), don’t worry.

If your introverted friend is not responding to a text, do not call them. That’s even worse than texting! What you need to understand about them is that they need some alone time to recharge. Being social for too long drains introverts and it can overwhelm them both mentally and physically. So when they’re at home, they like to spend some time relaxing. Because of this, they probably won’t call you as much as other people do… and they likely won’t answer your call either — unless it’s prearranged and they have a plan of what they’ll say. Speaking of which (no pun intended)…

Phone calls can also be intimidating for a lot of introverts. We usually think carefully before speaking and that can be a problem when we’re on a phone call. Why? Because thinking about what to say translates to long, awkward pauses — and nobody likes that. Also, we introverts dislike mundane small talk, and phone calls tend to have a lot of that.

Your introverted friend values you and will call you once in a while. But they can’t call you too much because that will end up eating into their solo downtime (whether that means napping, drawing, or whatever hobby relaxes them). And some solid solo time is absolutely vital to them for recharging their social batteries. So please don’t ask them why they don’t call you more often.

I know this might seem weird to extroverts, but some people just don’t like to go out that much — they’d rather be home and don’t feel bad about it. And your introverted friend is one of those people.

Introverts like to stay home and spend time with themselves. They enjoy pursuing creative hobbies, lazing around on a weeknight watching TV, or working on a hobby or interest of theirs (from reading to writing to working on a puzzle). It’s vital that they get this time in order to feel refreshed and ready to face the world.

Introverts do like going out sometimes, but they don’t like to do it too frequently. Social gatherings drain us quite quickly, and since going out usually means having to socialize, we tend to feel uncomfortable when someone asks us to go out (unless it’s doing an introvert-friendly activity).

As you can imagine, an introvert really doesn’t like it when people pester them to leave the house and go out. They also don’t like it when someone asks them why they don’t go out much. It’s just how they are and there seriously isn’t anything wrong with it. You have your preferences and introverts have theirs.

It shouldn’t be hard to understand why a person wouldn’t like to hear this. It hurts to hear someone call you “boring” just for being who you are — even if they mean it as a “joke.” Like if we decline an invite out, a friend might say, “You’re so boring!” Sure, introverts talk less and they might not prefer parties, but that doesn’t mean they’re boring. In fact, introverts have very interesting lives and minds.

The mind of an introvert is quite active — we’re extremely inquisitive, love to think deeply about things, and have wild imaginations. This is why many of us have creative hobbies, like writing, singing, playing a musical instrument, cooking, baking, dancing, and the list goes on… We enjoy curling up in bed with a book, watching TV, or closing our eyes and listening to music. We usually don’t need to be with a group of friends to enjoy ourselves — we’re capable of having fun by ourselves.

So introverts are far from boring. They just have a lot of fun on their own when you can’t see them. They’re interesting and unique just like everyone else.

Introverts and Extroverts Have Different Preferences — And That’s Okay

If you have an introverted friend, you might want to steer away from saying these things to them. They probably won’t directly tell you not to — they don’t like confrontation — but they’ll surely feel uncomfortable on the inside.

To all the extroverts out there, here’s something you should always remember: Introverts aren’t weird or abnormal. Your introverted friend is a bit different from you, just as you’re different from them, and one is not better than the other. If you want to be considerate, then please do them a favor and avoid saying any of the above to them. Trust me, your introverted friend will love and appreciate you for it.

My fellow introverts, what things would you add? Comment below!

Author of Older Younger Sister and a math teacher. I have a Master’s degree in Mathematics and I love both numbers and words. I enjoy watching TV, reading, and writing stories. Forever an introvert.