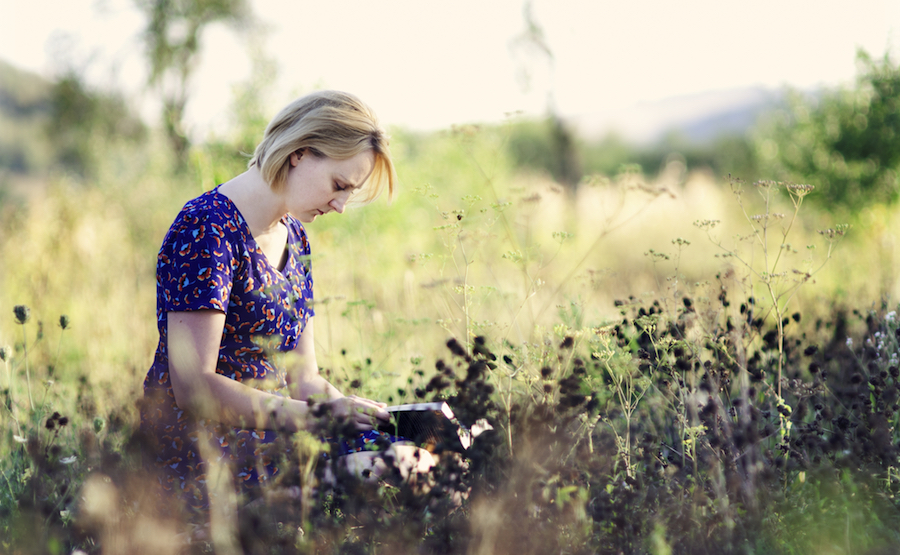 I have a very specific childhood memory of not being able to eat the night before my parents dropped me off at summer camp. My dad is coercing me to finish my dinner as if overcooked hamburgers are a luxury unbeknown at sleepaway camp. My mom is telling him to lay off, as I’m obviously not eating due to nerves — a charitable move on her part, considering she is the one forcing me to go.

I am sulking quietly, partly because I’m nervous, but mostly because of the preteen angst I’m feeling at being forced to leave the house and socialize.

It was a scene not uncommon in our home, and I realize now, one that was probably not as uncommon among my other sixth grade peers as I used to think. As a child, I was often labeled as shy, timid, or antisocial. Actually, I was an introvert. I just didn’t have that word in my vocabulary back then. Which is a shame, because it would’ve helped me understand myself much better.

As a child, I always felt that adults, including my parents, were misjudging me based on my quietness. However, I never had the words to explain why. I was the one all the camp counselors kept an extra eye on because it was expected I’d get homesick. I didn’t. Instead, I lay awake listening to the girl in the bunk above me cry, desperately wishing for a room of my own where it would be quiet. I was the child always being encouraged to speak up or participate more, as if I was just one positive pep talk away from being Miss Popularity.

Although I don’t think it would’ve been wrong to say I was a shy kid, there was definitely more to it than that. I always adapted to the activities I was forced into. I always spoke up when I had something to say.

However, I never longed to spend my days surrounded by large groups of other children. I had friends, but I found groups of new people overwhelming.

The social pressure to be well-liked and have lots of friends starts as early as grade school, and it’s often reinforced by loving adults, like parents and teachers, who equate a child’s ability to socialize with their overall ability to grow and mature.

But not everyone is wired in the same way. This is especially evident with children, who usually feel freer to be their true selves in the years prior to recognizing any sort of social expectations.

Other than the occasional week at summer camp, I really wasn’t involved in many activities as a kid, and I believe that was the best possible thing for me. Some of my happiest childhood memories happened lying in the grass in my backyard with just a pile of books for company. My greatest goal at that time was to win as many prizes as possible through the library’s summer reading program, and it didn’t occur to me that I should be spending my time doing anything other than that.

I had the same two best friends for most of my childhood and adolescence. And while I was never homecoming queen or the star of any team sport, I think of my childhood as a largely happy and peaceful time.

A peace that I still aspire to in my adult life.

Now, Moments of Tranquility Are Fleeting

My mother hasn’t tried to sign me up for summer camp in over a decade, but adulthood comes with its own set of social responsibilities. Between office work parties, dating apps, Facebook invites, and that occasional friend from college who keeps popping in and out of your life, it’s easy to feel overwhelmed by society’s pressure to do all the things all the time.

Even as a person who openly acknowledges her own introvert status, I still fall into the trap of measuring how well I’m doing as an adult based on how many activities I can successfully juggle in one weekend.

Moments of tranquility are fleeting. Unfortunately, I can’t spend long summer days just lying in the grass reading books any more. Even when I do have some down time, it often takes several days of recharging to catch a glimpse of that same level of peace I felt as an introverted child.

Looking back, I realize it wasn’t until I was a teenager nearing adulthood that I first began to feel awkward as an introvert. Every movie, every song, and every high school acquaintance I knew seemed to be telling a story about a wild life I was not living. Certainly no one was talking about what it means to be an introvert.

I began to wonder if the day would ever come when I would be the one with friends to see and places to go on a Friday night, instead of lying in bed surrounded by books and homework assignments.

I wish I could go back and tell that girl that one day she will have the courage to go on first dates, travel to foreign countries with strangers, and even attend events that somewhat resemble parties.

Rachel is a bookaholic who dreams of reading for a living, but has quite comfortably settled for working at an East Coast university press. She spends her free time writing book reviews and is on a constant quest to find the perfect setting for novel reading. She has yet to find a park bench quiet enough or a cup of tea large enough. You can also find her writing at LiterallyDarling.com.