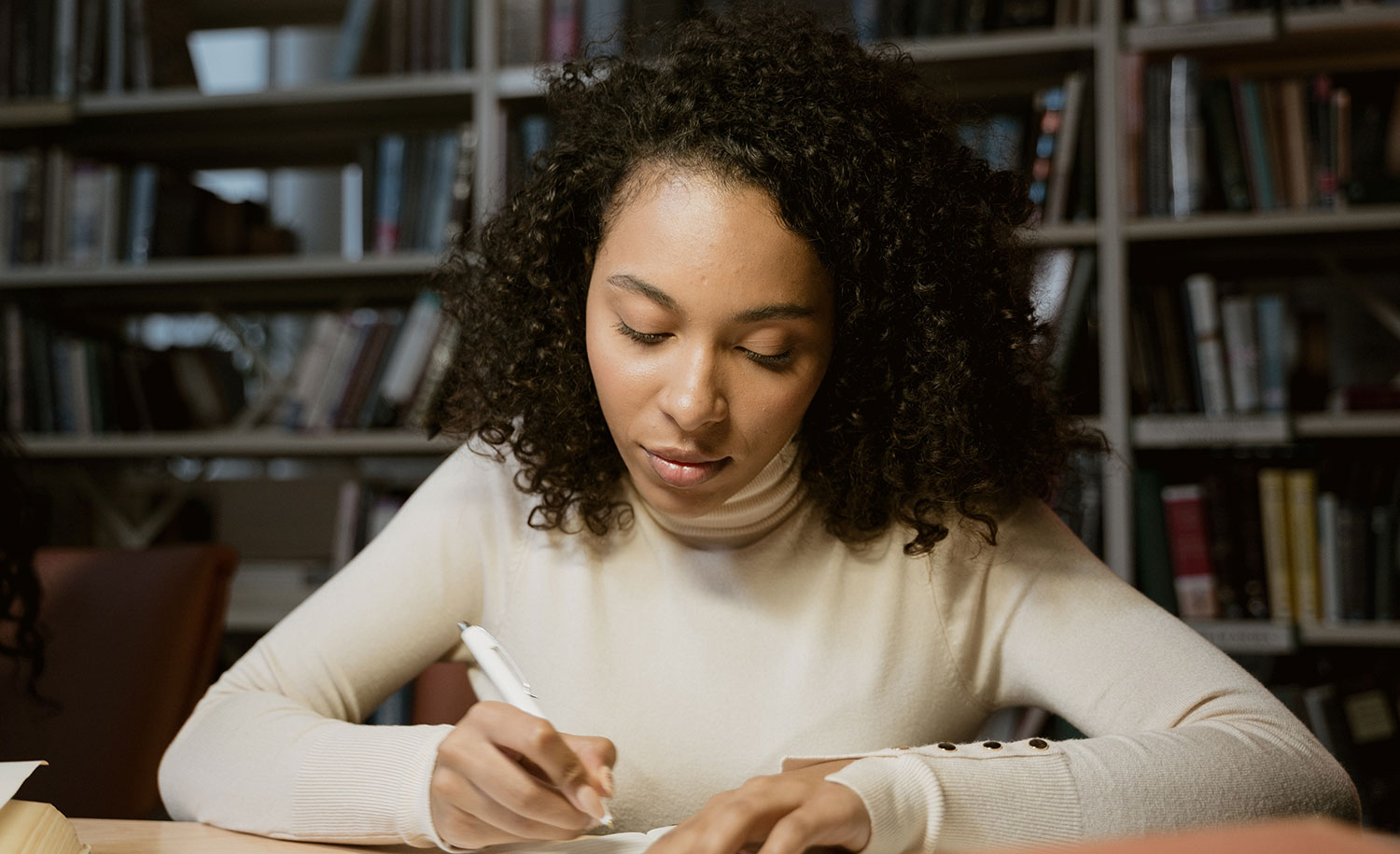 For highly sensitive introverts, the idiom, “Sticks and stones may break my bones, but words will never hurt me” is not true.

People may never understand how one word can ruin your mood for the entire day. And as though that’s not enough, they would even tell you how “overly sensitive” you are. After being the one who just got hurt, you’re blamed as the one at fault. (How does this make any sense?)

As a result, you may even feel guilty about how much the words affect you. Why couldn’t you just let it go? Why be pessimistic when you could just give others the benefit of the doubt?

You just had a bad reaction to a certain word that triggered your emotional wound. And when you’re an introvert, and a highly sensitive person (HSP), the words sting a bit more than they would for someone else.

What Are Emotional Triggers?

When we talk about emotional triggers regarding words, we mean words that affect you negatively because they are connected to your most vulnerable spots. While other people may have no problem with them, they sound different to you because they mean something different. They pierce deeper — and even spark traumatic memories you’d rather have forgotten about.

It could be that you’ve associated certain words with a person who insulted you badly. So, as a result, you may remember how someone berated you or accused you of something unfairly. Or perhaps you’ve associated some stereotypes with the words you hear. You may have read books (or watched movies) where some characters thought badly about others and mentioned the same words.

Whenever I recall times I’ve been affected badly by emotionally triggering words, I can’t help but remember how hard I tried to look at things in a different perspective. I used to ask myself several questions, like: Was I just overreacting to my classmates when they said I was like this or that? Did I create this negative impression on my boss by behaving the way I did?

I’d be torn between blaming myself and justifying my reactions — my heart was also divided between speaking up and staying silent. While speaking up would have helped me voice my side of things, I was afraid that it would only make matters worse. (Plus, we introverts aren’t exactly known for speaking up on the spot.)

That said, as a highly sensitive introvert, I find the following words to be emotionally triggering — and, sadly, I don’t think I’m the only one.

7 Words That Are Emotional Triggers for Highly Sensitive Introverts

Whenever my classmates or coworkers say that I’m “quiet,” there is something in me that seems to immediately protest. Why? Because, the way they say it, it seems like an insult, not a compliment.

Just because the world is too loud — and used to people being chatty and loud — doesn’t mean I have to be. The extrovert ideal isn’t the only way of existing (contrary to popular belief).

Another reason why this word upsets me is that I’m not always quiet. Like most introverts, I can talk when I want to. (I even joined speech contests when I was younger. Introverts can still excel at stereotypical extroverted activities, like public speaking, doing improv, acting, and so forth.) To say that I’m “quiet” is to fail to notice those times when I am been vocal about my thoughts and express myself verbally.

Being an introvert is not the same thing as being a recluse. While I need time to recharge — by myself — I also crave time with other people.

Many seem to associate introversion with stereotypes of lonely people, and nothing could be further from the truth. There is a difference between loneliness and wanting to be alone. Highly sensitive introverts do appreciate the presence of family and friends — just not 24/7. (And we’ll need a nap afterwards… or at least some alone time. Because the thing is, we get energy from this solo time vs. time with others.)

And, the vast majority of people may not know this, but introverts make the best friends. So, as long as you understand that we prefer introvert-friendly activities — not big, raging parties — and that we’ll need time to ourselves later to recharge, you’ll see that we’re far from “reclusive.”

I can’t forget about the time when a new acquaintance told me he realized I was “okay” — and that was because he found me interesting to talk to when it was just the two of us having a meal together.  Previously, he’d only seen me in a group setting, where he’d had a “not so favorable” impression of me.

He didn’t say the word, but in my mind, I knew the word he’d probably been thinking about: Boring!

When I’m with a large group of people I just met, I usually prefer listening to others before joining the conversation. I’ll laugh when others crack a joke, and I’ll try to talk whenever my response is needed. But that doesn’t mean I’m not an interesting person.

I can also talk in such a way that I’d catch the attention of a whole room full of people if I wanted to. I can make others laugh until their bellies ache. I can be adventurous and do random things others would never think I’d be capable of.

But to judge me based on one situation — and conclude that I’m a “boring” person — is painful. It’s as though I have nothing good to offer others, which is not true. For instance, if a topic comes up that I’m passionate about, I’ll talk about it all night (especially if the circle of people is small). So never judge someone based on one mere interaction…

This word triggers something in me emotionally, because it carries other prejudices about introverts. It seems to insinuate that, just because I’d like to plan in advance, it means I’m stiff or uncooperative. It’s as though introverts want to spoil the fun by not saying “yes.” (Even though we sometimes feel pressured to say “yes” when we really mean “no.”)

The truth is, I also enjoy some unplanned adventures. What I don’t enjoy are some of the things that go along with them. When I’m out and have spent my energy socializing, people can’t seem to understand that I need to recharge by spending some time alone. They fail to recognize how “flexible” I’ve already tried (so hard) to be.

Want to reduce stress and thrive as a highly sensitive person?

This word is probably related to being reclusive, but this carries the added prejudice of looking down on people. While a recluse may be someone who looks pitiful in the eyes of others, a snob is someone who judges others as not being good enough.

Some people don’t think this is a very offensive word, but I disagree. This triggers an unhealthy set of emotions whenever I hear it being said about me. I mean, who wants to be called a snob?

Just because I may appear to be standoffish (or even rude) if someone starts making small talk doesn’t mean I’m snobby. I was likely daydreaming or overthinking a situation — and you caught me off-guard.

Sadly, some people associate introversion — as well as being a highly sensitive person — with being weak. Just because someone is not talking as loudly (or as often) with others — or is more sensitive in certain situations — does not mean they are weak. After all, introverts can still have a lot to say — they may just not shout it from the rooftops!

Others fail to see the true strengths of highly sensitive introverts, such as their ability to listen, their empathic nature, and their capacity to think deeply.

Not all strengths can be seen with the naked eye. Some are invisible until their powerful impact is felt all around. So give introverts a chance.

Self-care is very different from selfishness. When you care for yourself, you respect your needs — you take care of yourself so that you can better love other people.

Extroverts do this all the time. They recognize their need to be with people, and they are loved for that (as well as love it themselves).

But why is it that when introverts express their need for some quiet time, they are accused of being selfish?

This word brings a lot of hurtful feelings to me. It brings along rejection, condemnation, and even guilt  — all for something we highly sensitive introverts are not responsible for.

Identifying Your Emotionally Triggering Words Is Only the First Step

Identifying the words that serve as emotional triggers for you is only the first step toward peace. By recognizing them, however, you can give yourself both the time — and distance — you need to process your thoughts and control your reactions. You can also reflect more about it later on, so that you can understand where they came from.

While these things may not immediately take away your emotional reactions to the words, they may lessen the impact on you over time. They may also help you manage your emotions more so, and to speak out about your energy needs as a highly sensitive introvert.

There are words that judge us and wound us, but they don’t have to control our lives. At the end of the day, I’ve realized that acceptance is one way for me to have peace. I must accept that some words will just affect me negatively. I must also accept the fact that not all people will react to the same words in the same way.

While this shouldn’t stop me from digging further as to the cause of these triggers, I think that being aware of them already counts for a lot. We can do something to be more at peace with who we are, while also growing in understanding, confidence, and inner strength.

Introverts, what words trigger you? I’d love to hear in the comments below.

I’m a freelance writer, poet, INFJ, coffee lover, and Korean drama fan. I am single, yet happy and loved. I wrote the books Poems of Love and Letting Go, Off Waves and Butterflies, and Mend My Broken Heart. You can find more of my writings at I Take Off the Mask and Single Catholic Writer.