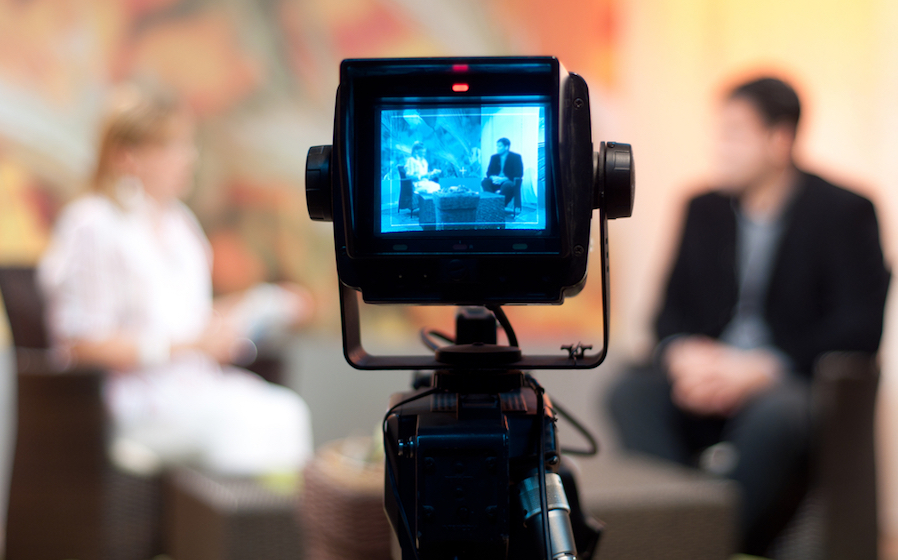 I am reflecting here on the worst public embarrassment of my career. Recently I appeared live on television on ABC News Breakfast to provide commentary on North Korea’s rocket launch, a topic on which I have written and spoken about extensively. The interview was a disaster from the get-go as I melted down under the weight of my anxiety. The experience was mortifying, the feeling afterward devastating, and the humiliation very, very public.

Reliving the interview in my mind continues to be excruciating. However, I am writing about it now in an effort to “own” the experience, to thank the people who offered me support in the hours following the interview, and to make a broader point about anxiety and mental health.

I’m not the first person to freeze up on the big stage and I won’t be the last. But what does this experience actually feel like? I don’t need your sympathy, but I would like to share this story in solidarity with the large number of people who struggle with social anxiety on a daily basis.

I was contacted by the ABC studio with an invitation to appear on News Breakfast the following morning, an invitation which I gladly accepted. It’s not the first time I’ve appeared on TV. North Korea’s nuclear aspirations is a topic I have written about extensively and spoken about in the media and other public forums.

In doing the News Breakfast interview, I inadvertently thrust my life-long battle with severe anxiety into the public domain. The moment I accepted the interview invitation, I started experiencing a steadily growing anxiousness that peaked as the co-host of the show, Michael Rowland, threw to me in the ABC studio.

The night before my interview, I watched an NBA basketball game on TV, but I couldn’t tell you a single detail about the game. Rather than go to sleep as p.m. ticked over to a.m., I became increasingly wired as I ruminated endlessly on what I would say in the interview, what I would wear, and how I would get to the ABC studio in Southbank in the early morning. As an introverted personality type, I have a rich inner world but with an early start and an appearance on national TV looming, my brain slipped into a state of hyper-arousal. I did not sleep a single minute before I jumped on the train to the city the next morning.

I arrived at the ABC’s Southbank studio in plenty of time before interview. I checked in at the security desk and waited about ten minutes before a member of the News Breakfast team escorted me upstairs. Next I was taken into the make-up suite to get daubed with foundation. In hindsight, my inability to say anything cogent about my interview topic in small talk with the friendly make-up person may have been a sign of things to come. From there I was brought into the TV studio office. I waited there for about twenty-five minutes, absent-mindedly scanning old newspapers while watching the goings-on about the office and repeating what I wanted to say about the North Korean rocket launch over and over in my head.

About two minutes before my interview, I was taken into the studio editing room, which looked something akin to the situation room in the Oval Office. It had numerous TV screens, computer monitors, and other equipment sequestered in an otherwise dark, small room. Both the office and the editing room were an intense hive of fast-paced, urgent activity.

During the on-air story prior to my interview, I was led into the studio itself, where I was miked up and sat down next to co-hosts Virginia Trioli and Michael Rowland, who both introduced themselves and shook my hand. Surrounded by cameras, auto-prompter screens, TVs, and even computer screens under the desk, I experienced the studio as a claustrophobic environment. I instantly felt uncomfortable.

The lead-in story to my interview was a piece on Whitehouse spokesperson Sam Powers’ official statement on the American reaction to the North Korean rocket launch. I remember thinking that I’d cite Powers’ remarks in my comments. As the Sam Powers story ended and the tech guys were counting in the live camera feed to the studio desk, I began to experience what could generally be described as a panic attack. I could feel my body over-load with adrenaline as my entire physique heated up, my muscles deadened, and my skin began to vibrate as if being shocked with a mild electric current.

Michael introduced me and then threw to me with his first question. I have no memory of his actual question, my mind all of the sudden swimming in a haze. As I realized that seconds were ticking away without me forming a coherent answer, the physical anxiety reactions intensified. I babbled and stumbled, my carefully prepared comments slipping away from my conscious awareness. Michael and Virginia, seeing that I was struggling, asked prompting questions in an effort to change tack and help me out of the hole. I very much appreciated their efforts to shepherd me through the interview, but it was to no avail. With every question they asked, I struggled even more as my anxiety symptoms took complete command of my body and mind.

Finally, I gave in and said, “I can’t do this,” and Michael and the editors quickly threw to the next story.

I was in complete shock. I have never before experienced such an intense anxiety reaction, even as someone with a long history of social anxiety. I was grateful at this point to Virginia, who grabbed my arm as soon as the live feed cut and said, “Don’t worry, it’s okay.” I was then led out of the studio room by one of the tech guys, who was also kind and supportive, as were the staff in the editing room. I was then led back out into the lobby and offered a coffee in the cafeteria, but I felt so terrible that I fled the building immediately.

At that point, I was absolutely devastated. All I wanted to do was crawl into a hole away from human contact, but instead I boarded a train packed with morning peak hour commuters. After returning home, I spent the remainder of the day shaken and upset, shunning any form of electronic media. Eventually my anxiety symptoms subsided enough that I managed an hour or two of disturbed sleep.

People Are Kind, but Trolls Don’t Only Live Under Bridges

My biggest fear the following morning was the walk of shame down the office corridor at work. Fortunately none of my colleagues were around so I overcame that hurdle harmlessly. The next uncomfortable step came in turning on my office computer.

We all know that social media is notorious for picking up on public gaffes and misfortunes. Not surprisingly, I received a few poisonous barbs from trolls on Twitter who seemed to glory in my misfortune. Their unintentionally amusing tweets gave me something to laugh about as I faced the world again.

A few Twitter scum notwithstanding, I received an overwhelming number of supportive messages from friends and family, colleagues from around the country, and even regular ABC viewers. A special thank you goes out to the ABC News Breakfast team, who were kind and understanding in the wake of my melt down. I was touched by every one of those messages and greatly appreciated those gestures of kindness.

As a lecturer at La Trobe University in Melbourne, I know that academia is an elite profession and performance pressure goes with the territory. Over the years, I have been able to manage my anxiety and master the art of public speaking through training, preparation, and repetition. I have learned through hard experience that pure perfection is impossible and that it is okay to screw up.

Live TV proved to be an alien proposition to my past experience, one for which I wasn’t prepared. I’m not going to do any more television interviews for a while (and I doubt I’ll be in great demand, given my performance), but I will eventually jump back on that horse, with some further media training and new anxiety management strategies in my tool kit.

We Need to Start Talking Openly About Anxiety

As an Australian Football League fan, I have enormous respect for guys like Mitch Clark and Lance Franklin, along with Wayne Schwass and Nathan Thompson before them, who have been pro-active in owning their mental health battles publicly. Professional sports people are more high-profile and under greater scrutiny than I ever will be, and I empathize with the degree of emotional energy they expend to function productively in that environment.

However, the more important issue is that extreme social anxiety, depression, and other mental health problems are everywhere. We do ourselves, our families, our friends, our co-workers, and communities an enormous disservice if we don’t talk about mental health openly.

In our university student community, I can’t tell you how many times I have had students crying in my office because they are struggling emotionally with juggling study, work, socializing, and often traumatic baggage. I have highly intelligent students who are so racked with anxiety that they can’t write a single word for an assignment. I am gratified that these students share their trust and confide in me and my colleagues, and I do my best to offer the appropriate assistance.

I did not intend to write publicly about my own mental health battles. My disastrous interview on ABC News Breakfast was the catalyst for opening up in an effort to recover some dignity from the experience. After some reflection, I’ve come to feel a responsibility as someone with a position of influence, who has experienced extreme anxiety and associated bouts of depression, to share my experiences and attempt to normalize mental health as an issue for the young people I work with.

Read this: 14 Things Introverts With Social Anxiety Wish You Knew

Ben Habib is a Lecturer in International Relations at La Trobe University, Melbourne, Australia. Ben is an internationally published scholar with research interests in grassroots sustainability, environmental movements, and international climate politics, particularly in Northeast Asia and Australia. He has an interest in permaculture and the application of permaculture design principles to social and economic systems. Most recently, he has written about his experiences with anxiety, depression, introversion, and high sensitivity. You can read about his research, teaching, and community outreach activities on his blog.