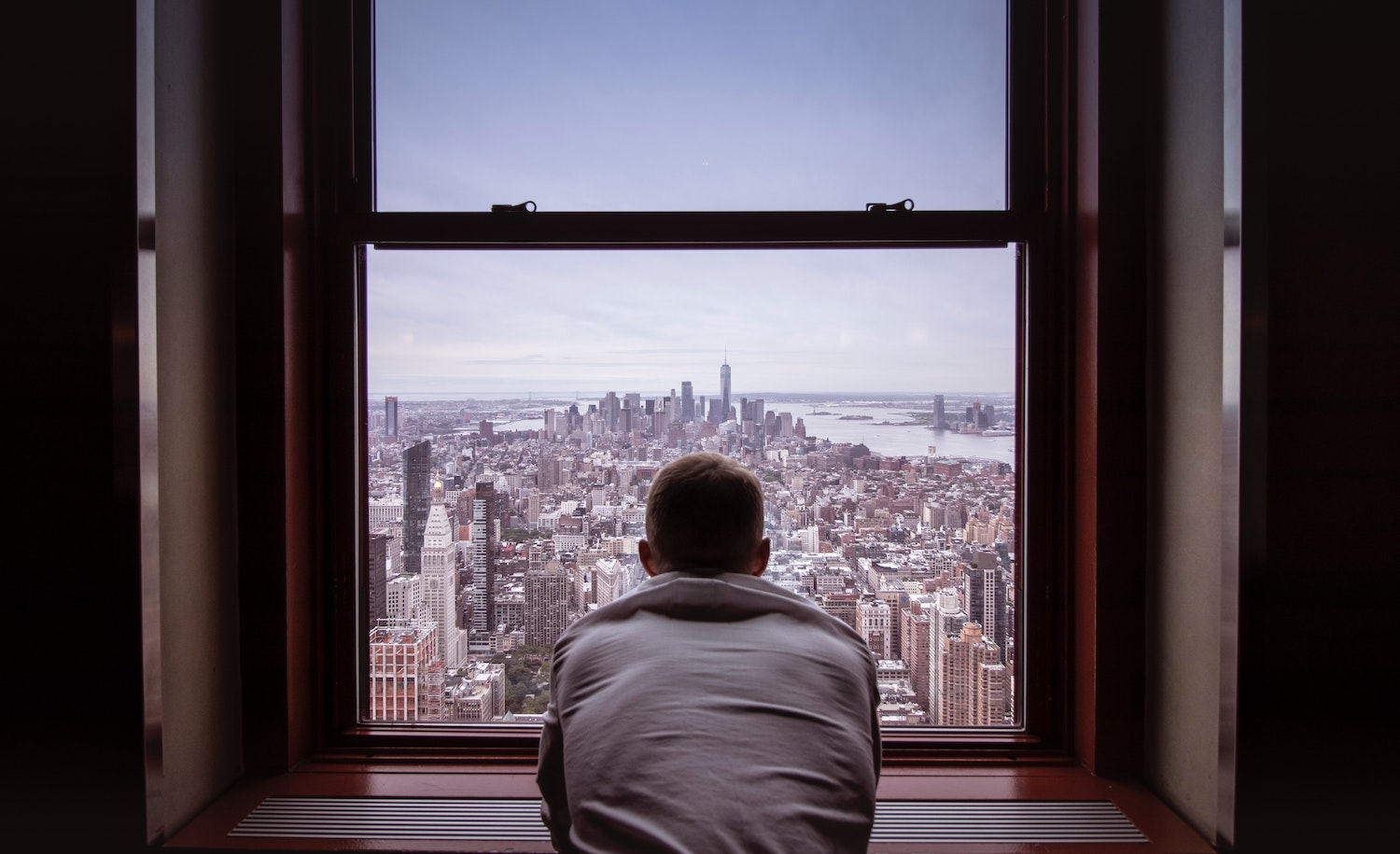 By turning to great philosophers of the past, we can better understand and appreciate the wonder of the introverted mind.

Growing up as an introvert, I always wondered why my priorities differed from those of more extroverted people. My peers loved sports, sensory experiences, and socializing. When they wanted to decide what was right and wrong, they followed people they trusted or their gut instincts.

I was different. I loved reading, writing, and creating imaginary worlds. I decided right and wrong based on ideas or principles in my head. And I usually had trouble caring about what other people said was important, like fashion or popularity. What mattered to me was being true to my ideal self, understanding what was real in the universe, and creating a world in my mind.

I often wondered: Why am I so weird?

The Power of the Introvert’s Perspective

I made an important discovery while studying philosophy in graduate school. In one class, we had to describe the views of four important Western philosophers: Plato, Rene Descartes, David Hume, and Immanuel Kant. The professor said Hume was the only one who seemed like an ordinary guy that people would want to hang out with. He hosted parties in Paris, enjoyed fine cheeses, and had many friends.

It sounded to me like Hume was a typical extrovert. Not only that, but his philosophy was pretty mainstream too. He believed we could only gain knowledge through the senses. He also believed that morality relied on gut feelings of the body, not the internal principles of the mind.

My professor wasn’t the only one who believed Hume was more relatable because of his extroverted qualities. Prominent psychologist Jonathan Haidt says we can learn more about morality from Hume than from people like Kant because Hume was a normal guy and Kant was so psychologically weird. Like Kant, I’ve seen my perspective sidelined as weird or unrelatable. This is because — like Kant, Plato, and Descartes — I’m an introvert.

Now, Haidt has a good point: Hume’s perspective probably better describes the way extroverted morality works. It also coheres better with science, which is also extroverted. But introvert perspectives still have a lot to offer, since all people have introverted and extroverted sides. As Carl Jung said, introverts and extroverts start from different assumptions based on how our minds work. And we can understand the human experience best if we learn from both.

3 Philosophers Who Saw the World from an Introvert’s POV

Here is what these three famous introvert philosophers believed. And while they may be out of the mainstream, so are we as introverts. If we want to understand ourselves and our way of being, it’s time we gave them a closer look.

The native son of a noble family in ancient Athens, Plato started out writing plays until he encountered the legendary philosopher Socrates. After that, he devoted the rest of his life to discovering truth rather than creating art. Plato believed that the ideas of the mind were more real than the objects of the physical world. After all, ideas never change, while objects are always changing. He thought that if someone could find the ideas underlying all of physical reality, they could know the best way to live and understand everything.

But how could someone achieve this? Only true philosophers could, people who were so passionate about discovering new ideas that nothing could stop them from pursuing them. “Philosophy” literally means “love of wisdom.” Most people would never reach this level, but those who did should rule the world — because they love and understand unchanging truth.

Plato also believed that the physical body was a curse, an impediment to the soul’s progress as it reincarnated again and again. The only reason we have bodies is we haven’t managed to get rid of our need for them. As morbid as it sounds, the philosopher’s purpose was to prepare to die — to get to the point where physical pleasures were no longer needed, and instead go to the world of pure ideas, where everything is perfect.

This led to a famous disagreement between him and his student Aristotle. The extroverted Aristotle believed like most people do: To be happy, you need to not only be a good person, but you need some physical goods, like health and a comfortable lifestyle. After all, you wouldn’t call someone happy if they’re being tortured, no matter how kind or brave they are. Plato thought differently. For him, being a good person with a good soul was all you needed to live a good life, no matter what happened to your body.

How does this relate to introverts? For us, being in our minds is more enjoyable than most social and physical pleasures. We have a rich inner world, and ideas sometimes feel more real than physical sensations. This may seem strange to extroverts; one of my extroverted friends once asked me if reading fiction wasn’t just refusing to “face reality.” But for introverts, ideas can feel more emotionally powerful than physical experiences. In describing the philosopher’s love of ideas, Plato highlighted one significant way the introvert’s mind is different.

“I think, therefore I am” was probably his most famous quote, but it may not mean what you think it does. Descartes was a French philosopher and mathematician who slept until noon, lived in seclusion, and reportedly made a robot of his daughter after she died. Her death at the age of five devastated him, and he said that, contrary to the machismo culture of his peers, it wasn’t unmanly for a man to cry.

Descartes found himself doubting what everyone around him taught. His teachers had taught him one set of ideas, but the Scientific Revolution was calling many of them into question. How could he know who was right? He wanted to find one thing he could be certain of, one point he could hang his beliefs on.

Descartes meditated in front of his fireplace and thought: What can I be absolutely certain of? He couldn’t be sure about what he experienced with his senses, because his senses had deceived him in the past. Think of optical illusions or when you think someone is calling your name but it’s only the wind. He couldn’t even be sure that he wasn’t dreaming, because dreams seem so much like our waking experiences. Indeed, everything he thought he knew, even math, like 1+1=2, could be wrong, since an all-powerful demon might be deceiving him by messing with his mind.

But even if this was the case, there was one thing he could be certain of: He existed. Even if he was deceived about everything, at least he knew that there was a “himself” to deceive.

And what was he? A thing that thinks, a mind. Because he couldn’t deny his consciousness of having a mind, Descartes was certain of his mind’s existence. Innate ideas like the existence of the self were more reliable than the sensations of the body. Sensations were useful to get through life, but couldn’t lead us to truth.

The extrovert David Hume would challenge Descartes’s ideas a century later by claiming that we get all our ideas from experience, and that the ideas of the mind, like math and logic, are only useful ways to arrange our experiences. He would even go so far as to argue that the idea of the self is an illusion. Not so to the introvert Descartes, whose most powerful intuition lay in his mind: that he was an existing self.

As introverts, we spend our lives looking inward, so we trust our minds first and foremost. And it makes sense. Our thoughts seem more reliable than bodily sensations at times because we have a sincere and abiding connection with our mind. Whether it is our insights, logic, values, or memories, these internal influences are our default way of understanding our experiences, not the sensations or trends of the outside world. While others may have to gather outside feedback before making a decision, we can typically come to our own conclusions because we consult our minds first.

Kant only became a professor at age 45 — because a professor at his home university died. He wasn’t the sort of guy to market his credentials to every university in central Europe, even though he could have. He never married, rarely left his hometown, and took walks at exactly the same time every day. The locals set their clocks by him.

Our gut feelings or external sensations also don’t determine our moral values, as Hume said, but our internal human nature. Kant believed that being a good person involved being completely true to our rational nature. It didn’t matter what the outcome of an action was, and feelings had nothing to do with it. If you were true to your principles, that was all that mattered. After all, we can’t control what happens once we make a decision. All we can control is our good will or intention to fulfill the moral duties we owe to other people because they’re human beings.

As introverts, we require meaning in our lives. We live by principles and goals that frame our choices — from work to relationships. Like Kant pointed out, we value living a meaningful life that’s less about concrete results or following physical sensations and more about being true to ourselves, even if the world doesn’t always understand us. And while we do care about results, we will often naturally focus on our intentions, because they are all that we can really say are under our control.

Introverts are often misunderstood because we live in a world that better understands extroverted tendencies. We perceive things differently. Even if that makes us seem weird to others, it doesn’t devalue our perspective. By turning to the great introvert philosophers of the past, we can better understand the wonder of the introverted mind and appreciate what we “quiet ones” can contribute.

If you’d like to join the conversation about introversion in philosophy, fiction, and social justice, follow my blog at harrisonpaulauthor.weebly.com.