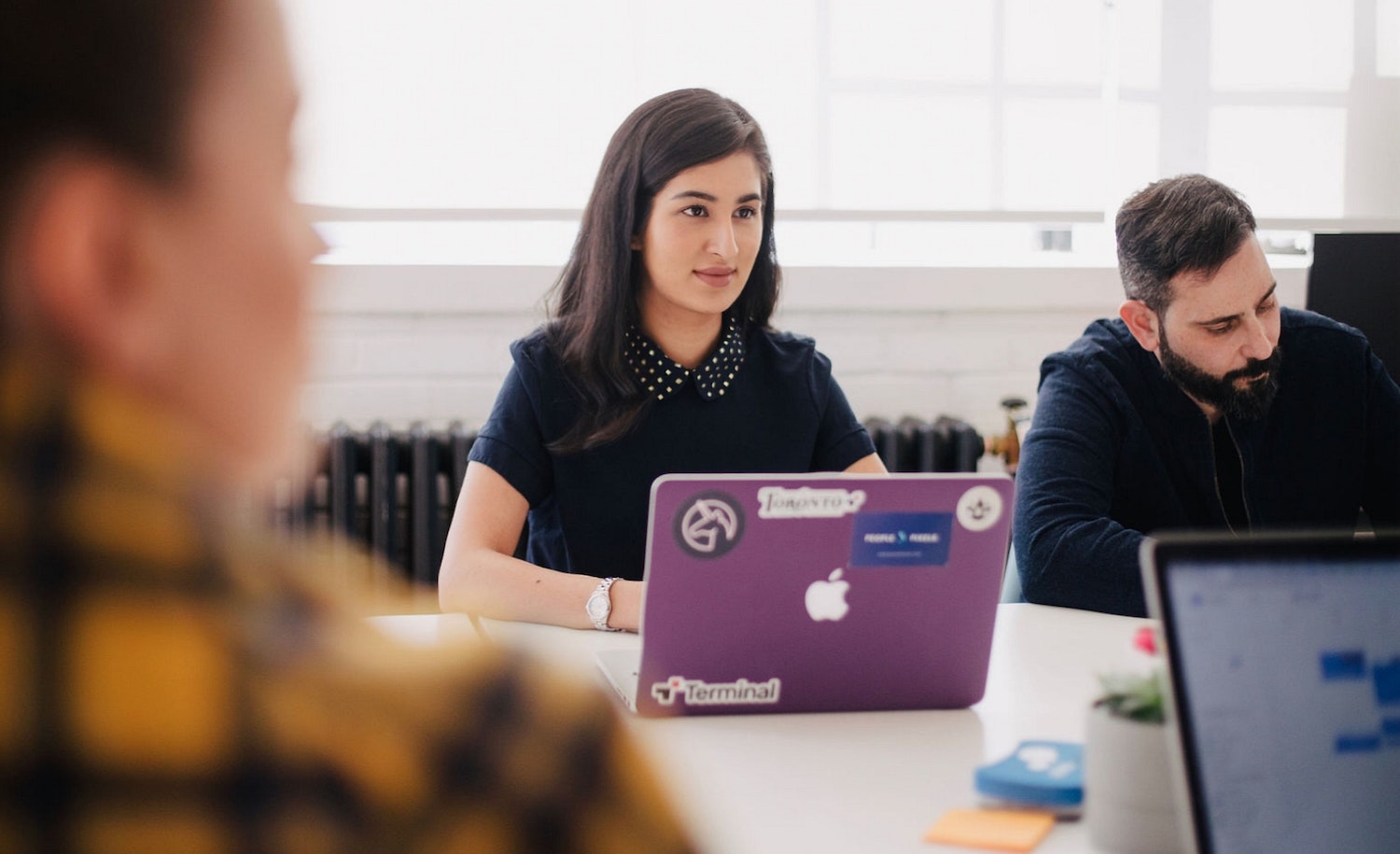 Unconscious biases against quiet people mean we don’t listen to them the way we should.

Two years ago, our school administrators asked the teachers to collaborate on a vision statement for the school. They had us create a draft in groups of two, then groups of four, and finally as a whole group. We only had a few minutes for each step, so there was no time for careful discussion: Someone in each group had to assert command, start talking, and come up with a statement before the timer ran out.

What was the result? It became a free-for-all debate, a nightmarish cacophony that made it impossible for me to think, let alone put my thoughts into words. In the end, our statement only contained ideas from the loudest, most dominant members of the group, with no input from the rest of us.

The only upside was the noise had stopped.

If you’re an introvert like me, you probably dread these situations. Group decision-making is a competition for attention that we can never seem to win. Our explanations are too long, our voices too quiet, and our reactions too slow to find the right time to enter the conversation.

So how can introverts be heard?

Some clues lie in a recent study by researchers at Brigham Young University, which looked at gender dynamics in group decision-making. The study split students from a prestigious, mostly male college accounting program into groups of five. Some groups consisted of more women than men, while others had more men than women. While women were in the minority, they came in with, on average, higher GPAs and more leadership experience than the men. Each group was then asked to deliberate about how to divide their collective earnings and how economic distribution should work in society generally.

The researchers asked half the groups to do what most organizations do: Make a majority decision. What did they find? In the groups that mixed men and women, all showed the same result: Women talked less. They also received many more negative interruptions that sapped their authority as speakers. And they were seen as less influential due to their reduced talking time. This happened even though group members reported loving their groups.

Why did it happen? Because women were treated differently even when they behaved the same. Women were frequently interrupted, and unless the ratio was 4-1 in their favor, the interruptions were nearly all negative (70%!), causing them to lose confidence. While the women knew they had novel perspectives to share, they weren’t asked, so they rarely spoke up. They didn’t feel comfortable interjecting themselves into the aggressive, competitive discussions that the men were having.

How Introverts Fare in Group Settings

Does this sound familiar? This happens to introverts too. Forget for a second the gender differences the study examined and think about the behavioral characteristics. Introverts tend to be hesitant to share our ideas to begin with. Even when we do, we need more time to think about what we’re saying and get disrupted more by negative feedback than extroverts. We need to finish our thoughts, but we may have a harder time in a competitive environment. And sometimes we have trouble advocating for our needs and speaking up.

When we do speak, our unconventional way of expressing ourselves is often met with misunderstanding or even scorn. As a result, like the women in the study, introverts tend to have less speaking time, feel less comfortable sharing, and have less influence on group decisions.

Philosopher Miranda Fricker coined a phrase to describe this effect: “testimonial injustice.” Testimonial injustice happens when your value as a giver of knowledge is unfairly lowered because of prejudice on the part of your hearers. In the case of women, it’s because of gender stereotypes. In the case of introverts, it’s due to our communication style.

Introverts I have observed are not naturally as smooth and confident as extroverts when it comes to commanding a group’s attention. We don’t react spontaneously to external stimuli as well as extroverts do, since we naturally react better to our internal thoughts. We also don’t as naturally modulate our voice tone, use gestures or persuasive body language, or think of reasons to back up our arguments on the spot. In general, we need more time to build our arguments.

The One Change That Will Make All the Difference

Now back to that study: Knowing that the women had excellent credentials and skills was usually not enough to give them equal respect in group discussions. Male students’ attitudes toward women and women’s attitudes toward themselves are deeply ingrained at the subconscious level. This isn’t the kind of problem that individuals can overcome on their own, the researchers said. It’s systemic and structural. It’s embedded in our social institutions and expectations.

In other words, as Miranda Fricker might say, unconscious prejudices reduce others’ credibility in our eyes. They may even prejudice us against our own ideas if society suggests they’re less compelling.

But there was one possible solution. Remember how only half the groups made majority decisions? In the other half of the groups, the researchers distributed the men and women in the same random patterns as the other groups, but they made one change: They told the groups they had to come to a unanimous decision.

What happened? Women’s amount of speaking time and influence on the group’s decision equaled that of the men. The interruptions against them changed from mostly negative to mostly positive.

The researchers believe it was because groups had to listen to everyone’s perspectives.They had to hear the women in the group, even if they hesitated or weren’t as competitive in speaking up, because they knew they would have to secure their agreement to whatever decision was made.

How does this relate to introverts? We’re often told to assert ourselves more during group discussions, to prepare better beforehand, or to follow up in writing to influence a decision made verbally in a meeting. These aren’t bad ideas, but they rely on our individual behaviors, and as the researchers mentioned, people’s biases are tough to change.

Prejudices may be deeply ingrained in someone’s upbringing. For example, we might wrongly believe that someone who doesn’t speak forcefully must not have much to say, or someone who sends an email after the meeting asking to change a group decision looks suspicious, since they’re going behind everyone’s backs.

Making the ‘Quiet Ones’ Heard

Indeed, quiet people shouldn’t need to assert ourselves according to extrovert rules. We should change the rules to better accommodate our ways of being. In this case, we could advocate that groups change their norms around decision-making. If we could agree that small groups of coworkers ought to make decisions unanimously — or at least that groups should always solicit opinions from all members — then groups would listen more to introverted voices.

If we change our norms, we’d change how leaders conduct meetings. Leaders’ behavior, as the study suggests, has an impact on how group members see others. If a group leader calls on us and asks for our opinion, we won’t be seen as awkward or like we’re circumventing the rules. And maybe, in time, hearing introverts’ ideas will help people reduce their underlying prejudices against introverted ways of being that lie at the heart of society’s testimonial injustice against us.

As one of the authors of the study noted about women, “The goal [of changing group decision norms] is to create a space where women can be seen as influential as their authentic selves.” That’s where introverts can shine in group discussions: by being allowed to be our authentic selves, contributing our insights and perspectives without needing to act — usually at a disadvantage — like extroverts.

Have a Pre-Meeting ‘Think’

Harvard Business Review has one interesting suggestion about meetings to go along with this: Have everyone read the meeting agenda and write down their ideas before discussing anything. Perhaps everyone could even submit written material before the meeting and then read what each of their coworkers thought about the matter. Then discussion could proceed until the group came to a unanimous consensus, or at least until everyone could share their views. This would give both introverts and extroverts opportunities to influence decisions, and would allow part of the decision-making process to play to introverts’ general strength of writing.

We need to listen to everyone to understand their value. The more we listen to introverts’ voices — really, anyone who is quiet and overlooked — the more we will all benefit.