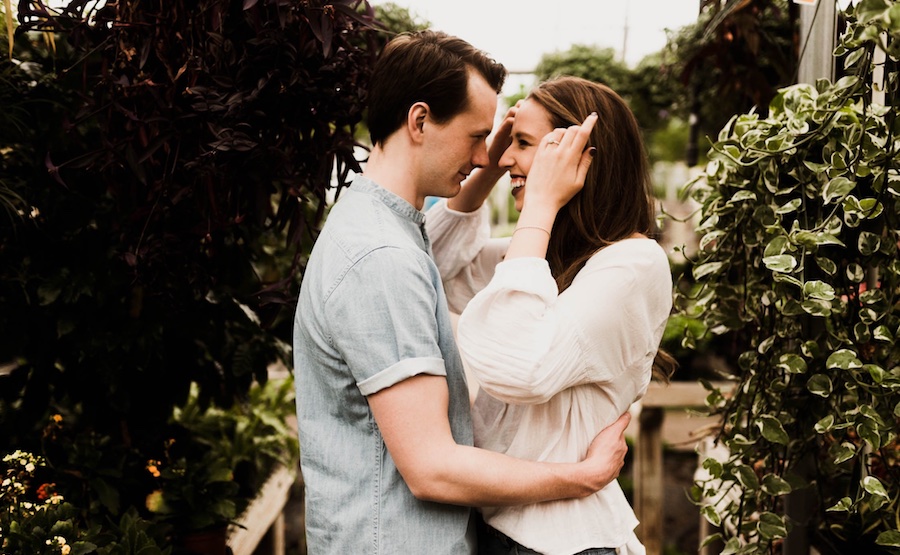 An introvert-extrovert relationship. That almost sounds like a recipe for disaster.

I’m an introvert (and an INFJ personality type), and I live with my girlfriend, who is an extrovert (ESFJ). She enjoys being around people, and I need ample time away from others. She processes things very quickly, and I take longer to do so. She enjoys small talk (gasp!), while I don’t. The two of us are very different, and a pairing like this might seem doomed from the start.

I’m going to be honest and say that there have been some difficult times. However, it’s been very rewarding for the both of us as well, and I’m very glad to have found her. I can honestly say that she has made me a better person, and I hope that she can say the same about me.

Here are three advantages of being in an introvert-extrovert relationship.

Advantages of the Introvert-Extrovert Relationship

1. It’s always easy to find other people to do stuff with.

As introverts, we naturally enjoy having some time to ourselves. I love binge-watching Netflix in my pajamas and don’t mind being stuck inside if it’s raining or snowing. Give me a good book, and I can keep myself amused all day.

On the other hand, extroverts tend to be well-connected by definition. Even though introverts don’t physically need to be around other people as much as extroverts do, there are many activities that are more fun if you can gather a few people to do them with. One of the luxuries of having an extroverted girlfriend is that you always have a group of people you can reach out to — especially when you want to play games.

After all, it’s impossible to play Uno or Cards Against Humanity by yourself. Very few board games are made for one player, and the only card game you can really play on your own is Solitaire (which I totally suck at). Of course, you can always play video games by yourself, but I’ve found that it’s much more fun to play Mario Kart or Wii Sports against other people than it is on your own.

Something that I always took for granted was how valuable having a network can be. As they say, “It’s not what you know, but who you know.” When I wanted to switch jobs, my girlfriend was able to connect me with someone who works in a company that I was interested in.

Even though introverts seldom need to be around others, it’s nice having a group of people that I can readily reach out to when I need it.

2. You get to broaden your horizons.

An entire Saturday or Sunday spent inside with a good novel sounds like an amazing day to me. On the other hand, my girlfriend loves being outside. It may sound like a nightmare for the two of us to be different like this, but we’ve found out how to make it work for us.

I’m a homebody, and before I met my girlfriend, I always spent my days off in my room. I still do enjoy spending entire weekends without leaving the house. However, there are places that I can honestly say I never would have visited if she hadn’t motivated me to — in her words — get my “fat butt off the couch” and go outside.

For example, I’ve discovered that there are many state parks and lakes around the area I live that are absolutely worth seeing before you die. Also, there are many cool, obscure activities — such as taking a painting class or going ice skating — that I never would have experienced if my girlfriend hadn’t wanted to explore them.

3. Extrovert and introvert strengths complement each other.

While extroverts might enjoy going out on the town and hitting the bars or clubs on Friday nights, my natural propensity is to stay at home. There’s nothing wrong with this, of course, but it’s easy to become a recluse if you stay inside too much.

Luckily, my girlfriend helps prevent me from accidentally becoming a hermit. She enjoys going out with a bunch of people, and a lot of the time, they’ll invite me to come with and join in whatever activity they’re partaking in. Getting constant invitations to go out might sound like torture, but I find it to be a win-win.

If they’re going somewhere exciting, then I’ll get to be a part of that. For example, if they invite me to the movies, I’ll go with, because I know there won’t be much talking. Or if they want to play mini golf, I’ll join them, because who doesn’t love mini golf?

But, if I don’t feel like going, I can decline their invitation. Which means that she’ll go on without me and I’ll get the…entire…freaking…house…all to myself!

Also, one of the strengths that introverts have is that we’re often highly perceptive, and we tend to be good listeners. If my girlfriend has a problem in her personal or social life, I’ll often be able to look at it from a different perspective and see things that she hadn’t seen.

Introverts can be perfectionists, which means we can get stuck in “analysis paralysis.” In contrast, my girlfriend can react to sudden changes faster, and she is capable of quick action — another way that we complement each other.

And, if we’re being honest, I tend to be more disciplined and less impulsive than she is. Recently, we were trying to buy new furniture, and one of the salespeople was very aggressive. She got excited about one of the couches and wanted to make an impulse buy. I realized what she was doing, and I slowed down the conversation so that the two of us could evaluate whether or not we really wanted the furniture. We ended up buying the couch anyway, but we felt much better about it.

The Stuff That Makes a Happy Home

Being in an extrovert-introvert relationship has not always been smooth sailing. We’ve had our fair share of shouting matches, door slams, and nights spent alone on the couch.

Before we met, my girlfriend didn’t know anything about introversion or extroversion, and I had to convince her that it wasn’t something I made up. There have been times when she invited some of her friends to hang out at our place and forgot to let me know beforehand (yikes!). And there have been other times when she wanted to go out and do something with me but I was planning on doing “nothing” that day.

That’s the stuff that makes a happy home.

Read this: 13 Reasons Why Being Married to Another Introvert Is Amazing

Steven Zawila is an introvert, bookworm, and self-proclaimed master of being silly. He runs the blog Quietly Romantic, which provides authentic dating advice to introverted men about where to meet women, what to say to her, and how to be confident around her. As an INFJ personality type, Steven believes there can always be more love in the world, and he hopes to make this happen through his blog.