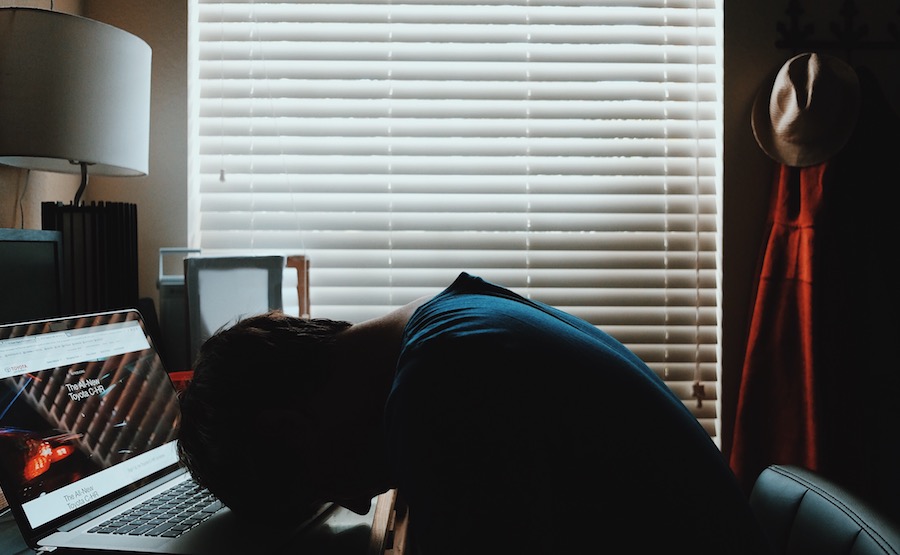 I wrote a book called Introverts in the Church, and I swear that it is a serious book. I didn’t realize I would have to remind people of this when it was published.

But one of the first book reviews, written by a dear friend and mentor, began like this:

“Introverts in the Church. No, this isn’t a joke.”

And here I thought the title was significantly less funny than other working titles I had played with:

Introverts in the Shack

Three Cups of Tea…By Myself

Introverts in the Hands of an Extroverted God

Left Behind, and Happy About It

Surprisingly, my publisher rejected those title options. I had thought we settled on a boring but descriptive option. But apparently my book title also works as a punch line.

As many authors can attest, however, after a few months of talking nonstop about your book topic, you get the writer’s equivalent of the late-night giggles. Everything becomes a punch line. You catch yourself applying the topic of your book to every conceivable situation. I started seeing introverts the way Haley Joel Osment sees dead people. As I poured the milk on my cereal, I pondered, “I wonder what type of cereal introverts prefer? Shredded Wheat has a lot of substance and depth, but Lucky Charms has layers of meaning, and the more you eat it, the more you learn about it.”

Then you realize that you’re psychoanalyzing your cereal and you seriously consider pouring the leftover green-colored milk over your head. (Yes, I went with Lucky Charms. I’m an Irish introvert. We’re magically delicious.)

‘The Most Introverted Man in the World’

It doesn’t help when people you encounter on social media tend to reduce you to your book topic. Once I was asked to write a blog post on how introverts and extroverts can partner in ending the international orphan crisis. Granted this is one of the pressing global issues of our time, but is the fact that I need to retreat into solitude after extended social interaction really a significant factor in solving it?

Another time I tweeted that my book was selling better on Kindle than in paperback, and the first response was, “Maybe introverts are just thrifty.” I’ve received a few Facebook birthday wishes that said, “Happy Birthday, introvert.” Or there was the time I confessed that in college we smuggled in a student from another school to be our flag football quarterback (he was the brother of a friend and also just happened to be a Heisman trophy candidate that year), and someone replied, “Totally sounds like something an introvert would do.”

This happens in real life too. I haven’t received as many speaking invitations as some of my peers, and I’m convinced it’s because people assume that I, as a self-acknowledged introvert, will be a train wreck of a public speaker, and that I may not even be willing to leave the house. Once, when I did miraculously venture out to meet with a prominent pastor and author, he told me: “We made sure you would interact with as few people as possible on your walk from the church lobby to my office.”

Because of all this, it’s unclear to me whether this introvert thing is a genius piece of branding (in addition to being, you know, my personality type) or else an inescapable straitjacket that will limit me and make me a bit of a joke. In twenty years, will people say, “That book really changed things in church culture and Adam has become a significant voice”?

Or will they say, in a sexy deep voice: “Adam McHugh: He is the most introverted man in the world. He doesn’t always go to church, but when he does, he prefers not to talk to you.”

Time will tell. Let me know what happens. I’ll be at home.

Read this: In an Extroverted Culture, Silence Is a Homecoming for Introverts

Adam S. McHugh is the author of Introverts in the Church: Finding Our Place in an Extroverted Culture. He is an ordained Presbyterian minister, spiritual director, chaplain, speaker, and retreat leader. He has been published in The Washington Post, The Christian Century, RELEVANT Magazine, Psychology Today, and Leadership Journal, among other publications. He is a graduate of Claremont McKenna College and Princeton Theological Seminary. On February 28, 2012 he served as guest chaplain in the U.S. House of Representatives. He lives in Santa Barbara, California.