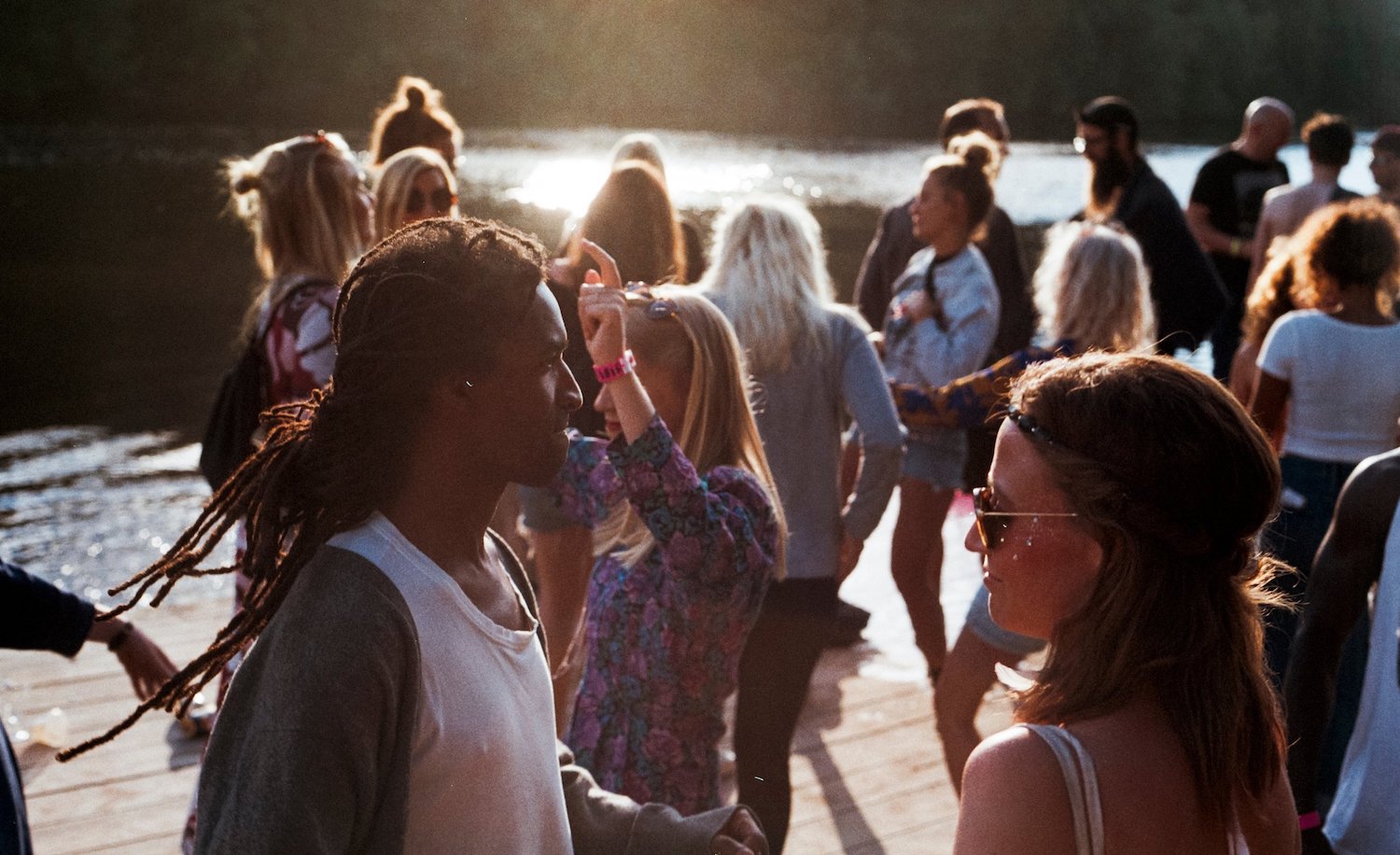 INFJs are a tricky bunch in a social setting. On one hand, we’re introverts, so large gatherings can make us uncomfortable, and we introverts need time alone to decompress. On the other, we’re empathetic helpers, so we genuinely love human interaction and listening to people. Here is how INFJs socialize depending on the circumstances and the number of people present. Although I can’t speak for every INFJ personality type, I believe these observations are generally true.

Have you ever watched a sad movie and heard sniffles or experienced an uncanny silence when some tragedy happens on screen? Or have you ever seen a room full of people stamp their feet and geek out over a video game announcement at a convention? Or been part of a crowd screaming and applauding as a singer finishes their last note at a concert?

You might think these crowds are the bane of an introvert’s existence, but many INFJs actually enjoy crowds where we are not necessarily expected to interact with other people. For example: conventions, concerts, theaters, movie theaters, or college campuses. These are infectious, high-energy environments that still allow us to be in our rich inner worlds. As empaths, we can take on the charged emotions of the crowd. It might not seem like a good thing if the overall mood happens to be sad or angry, but even that can be cathartic.

We also enjoy feeling part of something bigger than ourselves, and contributing to the movement, even if it’s in a small way. Will we start a round of clapping or initiate the wave at a game? Probably not, but we’ll certainly join in. Would the cheer be significantly quieter if we didn’t add our voice to it? Maybe not, but it’s fun and refreshing to express ourselves openly and blindly, especially if no one will notice or call us out on it.

At a fall formal party I attended last year, there was a woman having relationship problems. A previous flame was sending her mixed signals… and had disappeared upstairs with a pretty girl he had just met. She told several of us about her situation, and more people trickled into the room. At the end of the night, there were about eight people offering advice, comfort, and hugs to this woman. I sat there silently and only made one comment the entire time.

If you’re looking for us to give our honest, unadulterated opinion in a group of strange people, we probably won’t do it. It’s not because we lack conviction or the tools to defend our point of view, nor because we can’t handle criticism or disagreement. On the contrary, INFJs tend to have strong opinions about many things, but we’re careful about what we say. We’re not slow per se; we just like to delve deep and have all our thoughts gathered before we open our mouths, and by then, the conversation has taken a different turn.

The more people present, the quicker a conversation moves, and sometimes you need to talk over people or cut into a brief silence to get a word in edgewise. It’s not in an INFJ to be forceful in a group. Usually the only times we’re not soft-spoken are around people we know intimately, or when we’re defending someone we love.

At a party, if we’re not talking much around new people, it doesn’t mean we’re sad or have nothing to say. Sometimes we’re just observing, and, being introverts, our minds are probably running a mile a minute. If you notice us sitting alone, feel free to engage us one-on-one, but don’t be surprised if we go quiet when additional people get involved.

Small groups of three to five people are interesting because they reveal the particulars of introvert socialization. If we know everyone in a small group, there are probably no issues. By “know,” I mean someone we’ve met and spoken to on at least a few occasions. They don’t have to be our best friend, and we don’t have to have spoken to them one-on-one before, but that definitely helps. The reason is simple: We don’t have to analyze those people anymore, so they are no longer a source of distress where our introversion is concerned. It’s the novelty that impacts us, not the people themselves. We’ll still be quieter than we would be if we were only speaking to one person, but we won’t be completely silent or overwhelmed.

Our outgoing-ness decreases as the number of people we don’t know increases. INFJs are often considered the most extroverted of the introverts, but here’s one major difference: Energy is easily accessible for extroverts because they get it as they talk to someone. But when an INFJ meets someone new, we have to let our intuition tap into their emotions and process their characteristics and quirks before we can obtain that energy. We also figure out a lot by watching and listening to them interact with others. This is one way we guard our hearts, and one reason we may seem mysterious or disinterested. Don’t be deceived: We’re paying attention, especially if you intrigue us.

It’s no secret that we prefer one-on-one interaction above all else. This allows us to engage with more thought-provoking and engrossing themes, and talk about topics that are normally off-limits in a group setting. If you’re lucky enough to find a topic we’re passionate about, we’ll ramble on for as long as you seem genuinely interested in the conversation. We also love to help others become the best version of themselves, so asking for advice is one of the surest ways to our INFJ hearts.

If you’re new to one-on-one chats with an INFJ, you should know we don’t ask questions unless we really want to know the answer. We don’t ask how you are or what’s up because it’s polite — we ask because we care how you feel and why. We won’t judge you or look at you like you’re crazy if you launch into a venting session. We will listen.

Also know that our minds are always in motion, even during lapses in conversation. Don’t be surprised if we say something seemingly out of the blue. What most likely happened is your last comment reminded us of summer vacation, which made us think of that dog we saw playing fetch on the beach, which prompted us to ask what your favorite dog breed was, even though it had nothing to do with what we were talking about.

Finally, if you ask us a deep question — something philosophical, political, anthropological, etc. — know that we may need time to answer. You may think we’re dense or unresponsive, but what’s actually happening is that we’re figuring out what we truly think before spouting out nonsense or laying our confusing train of thought at your feet. We want to be sure in our convictions, and we want to give you an answer with substance.

I know INFJs can seem like a riddle, wrapped up in a contradiction, inside an enigma, but we don’t try to bewilder you on purpose. Just remember that we do get energy from other people, but we have to balance our output and intake carefully. Like everyone else, we’re just trying to get a return on our social capital, so we probably won’t exhaust it in big groups or on relationships of convenience.

Sarah is an introvert by nature, freelance lifestyle and entertainment writer by trade, and a gamer, reader, and confectioner by choice. She can usually be found listening to music, rambling about her passions, or blowing her extroverted friends’ minds with her intuition and uncanny memory. You can follow her on Twitter.