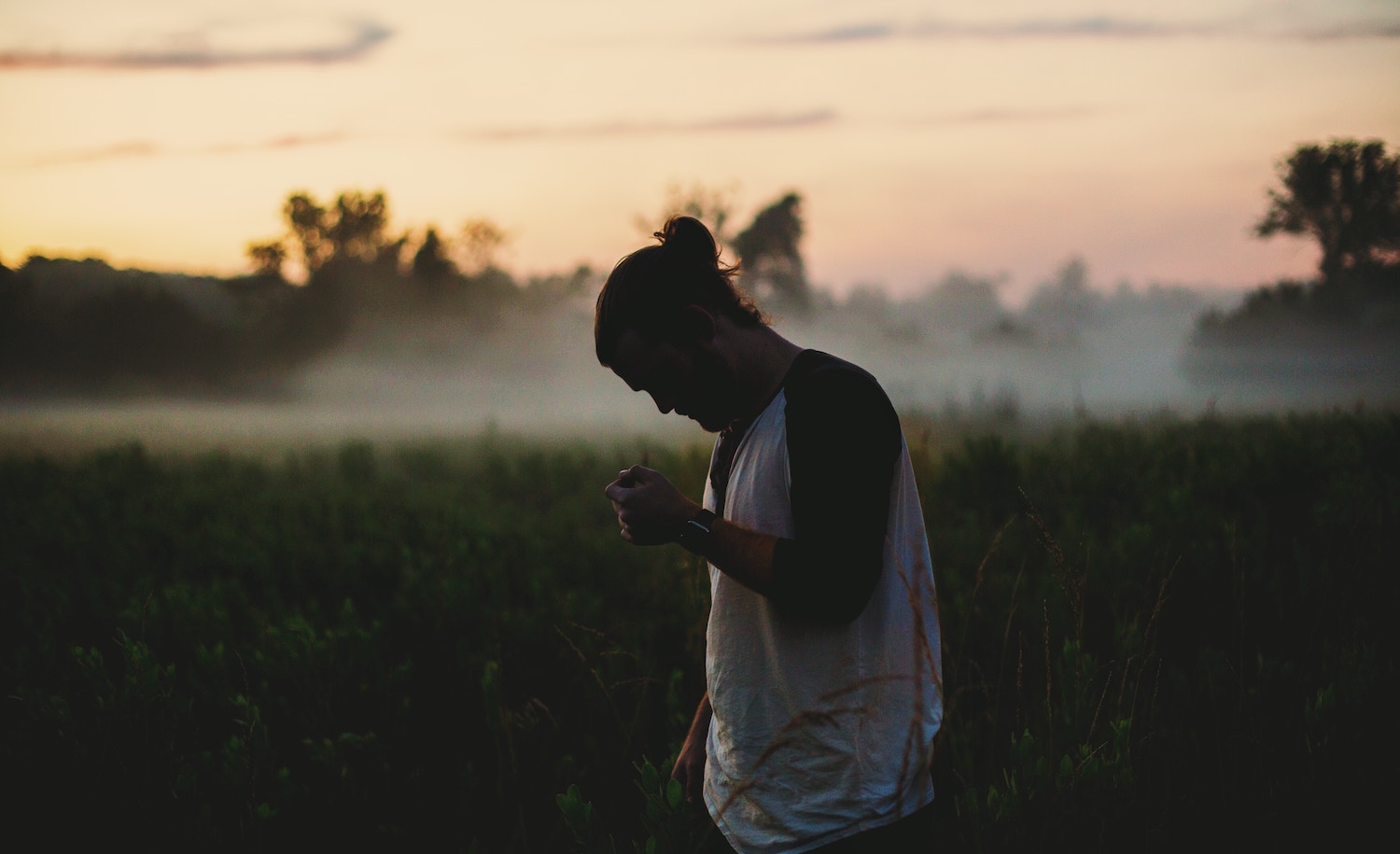 For perfectionistic INFJs, guilt can be a monster — but this cruel emotion can be tamed.

Guilt. For a personality like the INFJ, the rarest of the 16 Myers-Briggs types, it can become a vicious cycle that cripples relationships, work performance, and self-esteem. For many, it’s a petty emotion. But for the INFJ, guilt can be a monster.

We all struggle with guilt, regardless of our personality type; we’re all human! By no means is guilt limited to the INFJ. However, as an INFJ myself, I’ve come to realize just how big a part this cruel emotion plays in my life, and how it affects other INFJs, too.

Why do INFJs struggle so much with guilt? For one, we’re perfectionists, and I think guilt goes hand in hand with that. There’s also our INFJ tendency to beat ourselves up and sometimes sabotage our own wellbeing. And we’re often the first to pick apart and criticize our own actions. Guilt preys on the INFJ’s deeply empathetic and intuitive mind, and it can be agony. At its worst, guilt can become a toxic cycle of self-abuse.

Dear INFJ, you don’t have to let guilt invade your mind and dictate your mental health. It does not own you. Here are four practices you can implement that will, with time, help you thrive as an INFJ and throw off guilt’s strangle-hold.

4 Practices to Fight Guilt as an INFJ

1. Acknowledge guilt for what it is.

Most of the time, guilt serves as a negative emotion. It’s not the same thing as having a conscience; a conscience is a person’s moral sense of right and wrong. Guilt, on the other hand, tries to force you to do something by hurting you. It makes you feel awful, injecting an ugly, obligatory sense of worthlessness into you.

And it’s not the way forward.

“I should have woken up earlier, because then I could’ve gotten more work done. I should have spent those 30 minutes cooking supper instead of watching Netflix. By now, I should be further along in my career. I probably didn’t get that promotion because I didn’t work hard enough — why didn’t I work overtime? Couldn’t I have given up that Sunday? I should also be spending more time with my family. I need to do more activities with my kids.”

Whatever we INFJs do, it’s never enough. We put pressure on ourselves to outperform everything and everyone, until the guilt whips us around in circles, and we’re drowning under the feeling of failure.

I know, because I’ve been there.

So how do you beat guilt? The first step is to acknowledge the guilt cycle before you start spiraling. Instead of beating yourself up as alternative options and paths keep appearing, realize that this is guilt, and guilt likes to hurt you. It’s trying to make you feel bad. It’s there to sabotage you, not build you up and encourage a positive outcome.

At this point, you might be asking, is guilt ever justified? Which brings me to the next step…

Consider whether or not the guilt is justified. Did you stay home when your wife took the kids out this weekend, despite the fact you didn’t spend much time with them during the week? It makes sense that you’d feel bad. So put things in context: Does this guilt hold up? Is it there to show you a worthwhile avenue? If it is, consider it a positive prompting. In that case, it’s your conscience serving you.

If it isn’t, then it’s guilt invading your INFJ mind and working against you. In that case, you don’t need it cramping your mental health.

2. Determine where the guilt is coming from.

Are you feeling guilty because you’re comparing yourself to someone else? More often than not, this is where my guilt comes from. I’m comparing my week of blogging to someone who’s been blogging for years — of course I won’t be in the same place as them! So why should I feel guilty? I need to embrace my own journey.

INFJs, find the source of your guilt. Does it relate to someone else? In cases like these, 99 percent of the time that guilt is utterly pointless. Comparison hurts you. It’s guilt that’s based on irrational comparisons and illogical mind games. You deserve the time and space to focus on your own growth, and if that guilt you’re feeling is tied to someone else and their growth, then you need to kick it out before it starts poisoning your mind.

We INFJs tend to absorb other people’s emotions as our own and tie our own stream of consciousness to theirs — and we have no place doing that, because we’re only hurting ourselves. When it comes to guilt, we need to find the source and ask ourselves: Is this 100 percent about me? Because if it isn’t, acknowledge that and practice letting it go.

INFJ, cut yourself some slack. When you’re trapped in guilt’s lasso and everything feels stifling, take time to indulge in an activity or relaxation method you enjoy. We INFJs feel deeply, we become wrapped up in our own minds, and we’re easily overstimulated by as much as what’s going on inside ourselves as what’s going on around us in our external world. When you’re feeling drained by guilt’s rampage and hating yourself for “failing,” stop and allow yourself something that makes you feel good.

This could look like a simple yoga session. Some breathing exercises. Meditation. Lying outside in the sun and listening to music. Personally, I like to lie in bed, put on my headphones, and relax to a thought-provoking podcast (Gwyneth Paltrow’s Goop is my current favorite). It helps siphon away any ugly negative thoughts.

Look after yourself. If guilt is attacking you, listen to your body and your mind and give yourself the time and space to break free. If guilt is robbing you of joy, tend to your mental state as if it were a physical wound.

We INFJs can be ruthless self-critics, and that’s one of the reasons guilt likes to prey on us. When we’re inside our own minds (which we are almost 100 percent of the time), guilt will send us spinning with negative thought after negative thought. “You should have done that,” guilt whispers in our ear, and we start spiraling. “Yes, I should have,” the INFJ whimpers in reply, hating themselves.

Thing is, what a guilt-trapped INFJ could benefit from is hearing from someone else just how ridiculously unnecessary these guilty thoughts are. Sometimes, we need to hear an outside voice. We need another opinion to affirm we’re not the failures we think we are. That we don’t deserve what guilt’s doing to us. Talking to someone can be extremely therapeutic.

So, share your worries with someone — someone  you trust. Tell them what you’re feeling guilty about, and chances are, they’ll offer advice and perspective. If they’re a true friend who has your best interests at heart (that’s the kind of person you should be seeking out, by the way), they will help you determine whether it’s guilt or your conscience speaking.

Guilt shouldn’t be underestimated, and don’t let anyone tell you that it’s not a big deal. For sensitive introverts like the INFJ, it can feel like a very tangible beating. But it doesn’t have to.

INFJ, guilt serves no purpose in your life. It doesn’t belong. You’re a hard worker with dreams and goals and deeply thoughtful processes — guilt will try to seep into those beautiful places, but you don’t need to let it. Acknowledge it, stand up to it, cut yourself some slack, and toss it off. You don’t deserve to be guilt-tripped.

Amy blogs at A Magical World Of Words where she reviews books and movies, and posts about writing and mental health. She’s a feminist introvert with a passion for encouraging other introverts to embrace their introversion. She’s also an unashamed coffee addict and binger of TV shows.