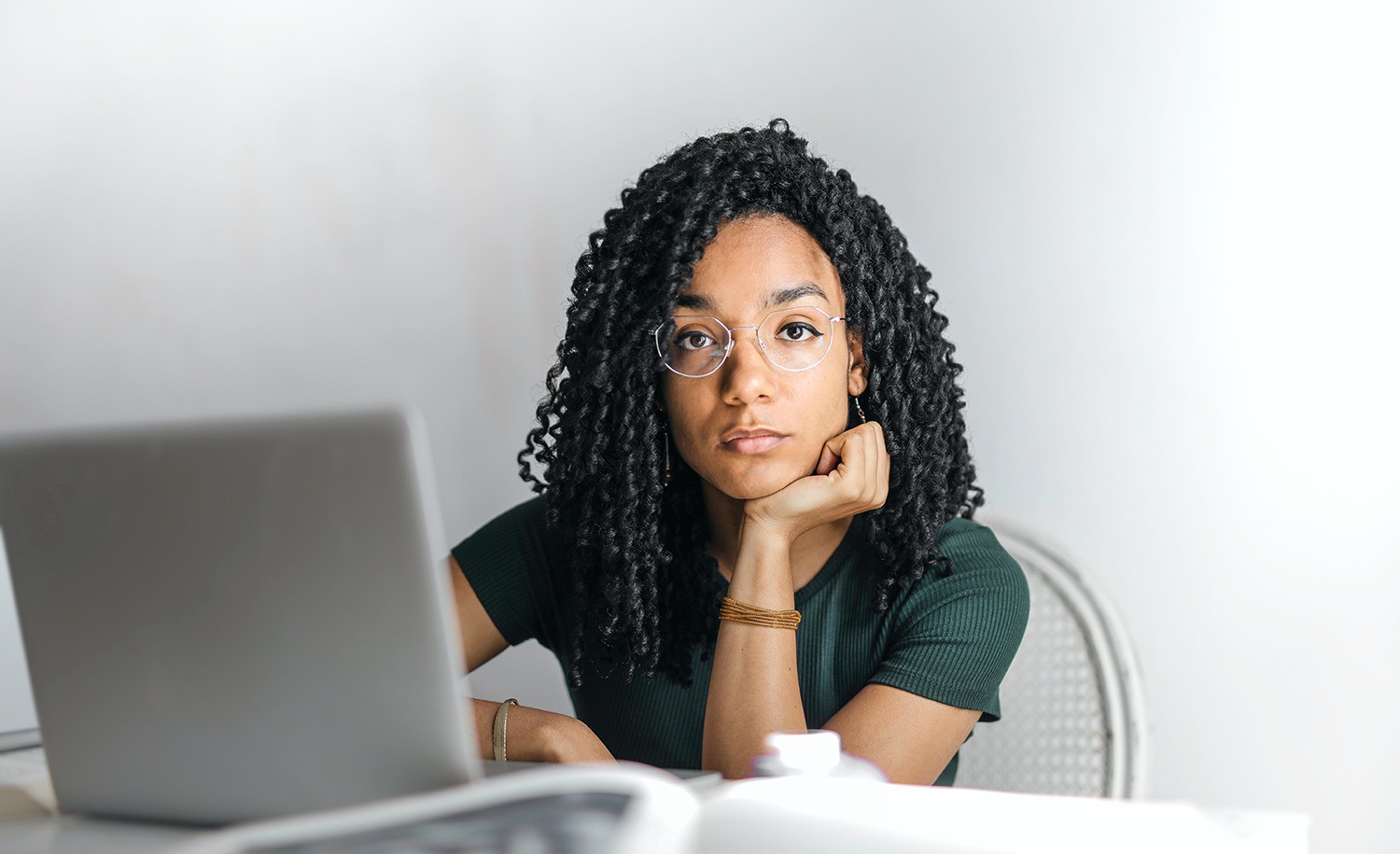 A lot of times when introverts do something — or don’t do something — that is expected of them, they are perceived as rude. For example, when I was younger, I wasn’t aware that some of my actions seemed rude, like when I would go straight home after school while others would hang out. But now that I’m older, I’m more aware of them. So if I don’t want to get lunch with you, it’s not because I’m trying to be rude; it’s just the way I am as an introvert — I need downtime.

My first real job was working as a secretary. At this job, I learned a lot about relationships. When I was in high school, I didn’t talk much and admittedly, I had bad social skills. Since I was quiet most of the time, when I would talk, I didn’t know how to express myself. Also, when someone would ask me something and I didn’t know what to say, I wouldn’t say anything, or I would just smile. I was awkward, and others probably thought I wasn’t smart. The worst thing was, when someone was being rude to me, I didn’t even defend myself because I hated conflict. But this all changed after high school, when I started getting out of my comfort zone and going out more.

Regardless, I still struggle with social anxiety, so I often avoid my coworkers. If you’re an introvert, you may be able to relate. And if you’re an extrovert, perhaps you’ll better understand that your office introvert doesn’t have bad intentions — they just respond differently to the world than you do.

1. They don’t greet you when arriving at work or when leaving.

The first thing many people do when they arrive at work is greet their coworkers. But this is something I’d always tried to avoid; as an introvert, I don’t like being noticed by others. Plus, I was afraid that if I said “hi” or “good morning,” they’d then want to talk even more and make small talk.

Yet I knew if I didn’t say “good morning,” they would think I was being rude. So I greeted them, even though my goal when arriving at work was to reach my office as soon as possible and get started on the day’s tasks. I’m also not a morning person, so this made it even more difficult to make conversation first thing in the morning.

The same thing would happen when I’d leave work. Everyone left around the same time, so it was almost impossible to avoid saying goodbye. But the silver lining? It was easier for me to say goodbye knowing it was the end of the workday and I’d soon be home, getting to have some much-needed recharge time. Finally!

2. They don’t eat lunch with you. Instead, they eat alone… and often out of view from others.

Since introverts don’t like hanging out with just anybody — we prefer our inner-circle friends, who are usually not in our office — we may not like eating with others. In my job as a secretary, I avoided eating with my coworkers at all costs. Thankfully, I had my own office, so I would usually eat my lunch there, which others may have perceived as rude. We also had a small kitchen, so I listened to see if someone was in there; if no one was, I would quickly take my lunch out of the fridge and quietly go to my office.

But sometimes it was impossible to avoid eating with my coworkers, like when it was someone’s birthday. It’s nice when the person celebrating their birthday wants to buy lunch for everyone and hang out, but I just don’t feel comfortable in those situations. Not only does it mean small talk, but it also means we’re usually sitting really close to each other. For me, being in a small place with a few (or more) people gives me anxiety and makes me feel claustrophobic.

So if you’re an extrovert — or even an “extroverted” introvert — if we’re avoiding you, it doesn’t mean we dislike you or have a bad opinion of you… we just prefer being alone or with a few people we know well. This way, I feel more comfortable (since we know each other well) and can talk about anything. And if I can choose between being alone and comfortable with myself, or uncomfortable with a lot of people, of course I’ll choose being by myself.

3. They avoid small talk in the break room, restroom, and conference room.

Extroverts in my office loved making small talk. I, on the other hand, found this to be a nightmare. When I’d find myself in this situation, I wouldn’t know what to say or what to talk about. It would be easier to talk to one person at a time — we’ll find a topic we both like and discuss that.

But if I was in a group of people, I’d mostly be quiet — the topic at hand may not have interested me, so then I wouldn’t engage in conversation. Plus, as an introvert, I’m a private person, and I didn’t want to share information about my personal life with people I barely knew, especially those I have to maintain a professional relationship with. On the upside, introverts are great employees because we would rather work than chit-chat!

4. They wander off at “inappropriate” times, like in the middle of a group lunch.

People have a tendency to avoid situations where they feel uncomfortable. Since introverts feel like this in certain situations — especially introverts with social anxiety — they may just leave, and this can be off-putting to others. This can also happen at inappropriate times, but sometimes we don’t realize it. Or, the feeling of being uncomfortable is just too much and we need to leave to manage our emotions.

For example, one time my coworker invited me for lunch with some others in our small break room. It was unexpected, so I didn’t have time to think about how to say no. So I went. I finished my lunch quickly, and when they were busy talking to each other, I quietly left. I know they probably thought I was rude, and I felt bad because they’d bought me lunch and invited me. But my social anxiety overcame me.

At work, you’re forced to be with your coworkers. Team-building meetings and hanging out outside of the office are often optional, but if you say no, your coworkers may wonder why. And everyone seems to be there, so how can you refuse? But being in a large group of people outside of the office is even worse than being in the office, because you don’t have an excuse to leave and go do your work. In such situations, I would get overwhelmed (there are usually too many people) and feel drained. Plus, these outings would usually last a long time.

I never attended these events, though; I’d make up an excuse, saying I already had something else planned. But let’s be real: They probably knew it was an excuse.

Finding the Balance Between Avoiding Uncomfortable Situations While Not Offending Anyone

Some introvert behaviors, like the ones above, may come off as rude to others and lead to tension at work, especially if people take them personally. Since we spend a lot of time at work, we don’t want any bad relationships with our coworkers (or any drama). So it’s important to find a balance between avoiding uncomfortable situations and not offending someone to maintain a good and healthy work atmosphere. You can do this by sometimes declining, for example, an invitation to lunch. But if you do this all the time, it’ll probably be perceived as rude. So, once in a while, you can say yes to those invites. Or you can say yes to invites for bigger events, like birthdays and team-building outings, but say no to lunch. Or, you can become self-employed and avoid office culture altogether.

Overall, however, in spite of my behavior that may have appeared rude toward my coworkers, they were great and accepted me as I was. And I hope you’re as lucky as I was!

I live in Croatia and am pursuing my writing career. I like sharing things I’m familiar with through articles and helping others with my stories.