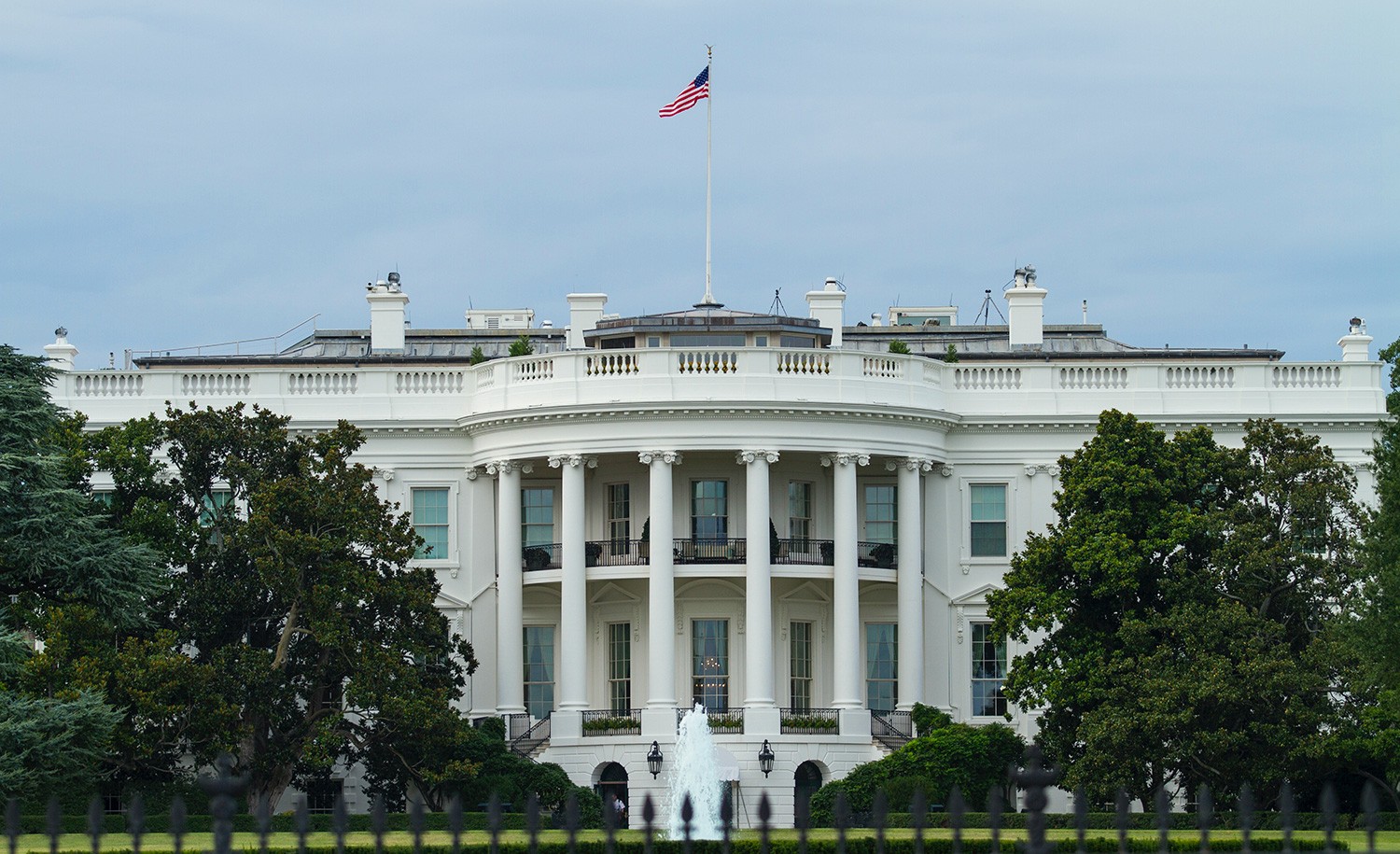 These women are proof that leading can be an introvert’s game, too.

Do introverts really make good leaders? Can they make bold, impactful decisions when the moment calls for it?

These types of questions still persist in our culture and are based on an assumption that introverts simply don’t have it in their DNA to lead or galvanize others. We’re too reserved, not bold enough, and not good with people — or so the myth and harmful dictionary definition of introversion goes. If we take this a step further and consider the history of women in areas of decision-making, we’re left with more than a few stereotypes to overcome.

Today, as more and more women run for political office, there are no doubt a handful of introverts who are stepping up to the plate and representing the wants and needs of their constituents. These introverted ladies are making waves, contributing to a diversity of leadership styles, and proving that introspection and a reflective nature are actually valuable assets in the world of policy and government. In the process, they are paving the way for a more inclusive vision of what politics can look like.

Here are five fierce females, past and present, who prove that leading is also an introvert’s game.

Fondly nicknamed the Notorious RBG, Ruth Bader Ginsburg was a true trailblazer for women in government as the second woman to ever serve on the U.S. Supreme Court. After graduating from Columbia Law School at the top of her class in 1959, she was turned down by every single firm she interviewed with — despite stellar recommendations from her professors. The workplace was slow to embrace women at the time, and it took a good deal of perseverance before she managed to get her foot in a door. (But, luckily, introverts are persistent!)

According to various sources, RBG’s demeanor most closely resembled that of an INTJ, one of the introverted Myers-Briggs personality types. She was hard-working, diligent, and laser-focused on accomplishing her passion projects. She was also known for having zero room for small talk and being driven by her values — meaning she wasn’t afraid of breaking rules or acting alone. Ginsburg may have been quiet and reserved, but this in no way impinged on her ability to deliver powerful dissents, as USA Today reported, or positively affect people with her presence.

The Notorious RBG was, indeed, notorious for all she stood for. She not only championed for women’s rights, but also for the rights of immigrants, the disabled, and the LGBTQ community. Her legacy can serve to remind us introverts that we, too, can be at the forefront of change and leave a meaningful impact on others.

You can read more about her in Notorious RBG: The Life and Times of Ruth Bader Ginsburg by Irin Carmon and Shana Knizhnik.

Condoleezza Rice was born in Birmingham, Alabama in 1954 during the days of segregation. Despite the odds being stacked against her, Rice graduated from high school at the age of 15 and went on to eventually receive a Ph.D. from the Josef Korbel School of International Studies at the University of Denver.

She accomplished many firsts throughout her career: she became both the first woman and African-American woman to receive a position as provost of Stanford University; and then, in 2001, she broke those same barriers when she was appointed as national security adviser by then-President George W. Bush. A few years later, Rice took over as Secretary of State, which was a position no African-American woman had ever held before in the history of the United States.

As someone known for her integrity, practicality, and strong sense of duty, Rice is believed to possess many of the qualities of the ISTJ introverted personality type. As a logistician-type, she seems to take pride in fulfilling tasks as patiently and as accurately as possible. And she proves that being an introvert is in no way a deterrent to being a willful, dedicated leader — even from the context of a high-pressure, and inevitably public, career.

You can learn more about her in her memoir, Condoleezza Rice: A Memoir of My Extraordinary, Ordinary Family and Me.

Stacey Abrams is a name that’s been hard to ignore as of late. In 2018, after a thwarted bid for governor of Georgia, Abrams was motivated to go full-force on an issue near and dear to her heart — ending voter suppression. In two years, she managed to register 800,000 new voters in Georgia alone by launching a national voting rights organization, Fair Fight, and by networking with other grassroots groups. Many people credit Abrams for the outcome of Georgia in both the 2020 presidential election and the senate run-offs.

Despite all the media coverage around Abrams lately, she’s clearly stated that she is a major introvert and being in the public eye does not come naturally to her. She claims she “is not someone who wakes up in the morning thinking: ‘Yay, I get to go out and be around a bunch of people and talk and touch.'”

However, she says that her motivation comes from always remembering the “why” behind her actions. Given her strong sense of personal values, persistence, and drive to make the world a better place, many of Abrams’ qualities resemble that of an INFJ, the rarest personality type. Eliminating poverty, breaking glass ceilings for women, and making sure that every voice is heard in our democracy — these are issues that inspire Abrams to continue harnessing her introvert gifts and furthering her work as an introvert activist.

Described as a “pragmatic and quietly powerful leader,” Angela Merkel was elected as Germany’s chancellor in 2005, becoming the first woman to hold this position. Since then, she’s been re-elected four times and has earned respect as a world leader who handles issues in a calm and effective manner with little interest in frivolities.

Under her administration, Germany continues to be the fourth most powerful country in the world, and the strongest economy in Western Europe. Known and appreciated for her stable hand in times of crises, Merkel’s management of the COVID-19 pandemic earned her an approval rating of over 70 percent from her constituents.

Merkel’s patient, responsible, and determined demeanor aligns closely with the characteristics of an ISTJ. According to Deutsche Presse-Agentur, politicians who have interacted with Merkel say the biggest mistake would be to underestimate her as an introvert. The site also states that Merkel has said, “You might find that I take a while to make a decision, but I think about it before I do something, and that has its advantages.” (Sound familiar, fellow introverts?)

The German chancellor may not be a big performer or interested in taking center stage, but in many ways this is what has garnered the admiration of her peers. She is seen as someone who is driven by her values, leads quietly but with conviction, and is willing to stand alone — even at the cost of her popularity.

5. President of the Republic of China (Taiwan) Tsai Ing-wen

Named one of the world’s 100 most powerful women, Tsai Ing-wen knows a thing or two about challenging cultural norms. In 2016, she became Taiwan’s first female leader, despite growing up in a non-political family and defying traditional gender conventions by running for office as a single, unmarried woman.

Prior to becoming president, she studied law in Taiwan, the United States, and the UK — earning master’s and doctorate degrees abroad before settling back home to work as a professor. She eventually entered public service in the 1990s as a trade policy adviser for President Lee Teng-hui.

According to reports, Tsai is said to have won the presidential election in 2016 in large part because of her firm stance on preserving Taiwan’s independence and championing for the “free and democratic life of our 23 million people.” With over 57 percent of the popular vote, Tsai won reelection in 2020 and was applauded internationally for her handling of COVID-19, in which a track and trace program was successfully implemented and prevented mass contagion of the virus.

In terms of her personal demeanor? You guessed it. The Taiwanese leader is a self-proclaimed introvert — among other introvert presidents — who cherishes her privacy, prefers to avoid large crowds, and strongly dislikes “taking photographs.” Her MBTI personality is unknown, but as an independent, rational, and determined woman (who is also known to have a quirky sense of humor), I would wager that she might be an INTJ.

Those who know Tsai also describe her as soft-spoken and unusual, given the qualities we normally associate with traditional politicians. One of her favorite things to do? Sit down with a glass of wine, grab a good read, and enjoy the company of her two cats. (I’m sure I’m not the only one who can relate.)

Alana is a yoga junkie, warm beverage addict, nature lover, travel enthusiast, and incurable chocoholic. She is currently studying design and enjoys writing and singing in her spare time.