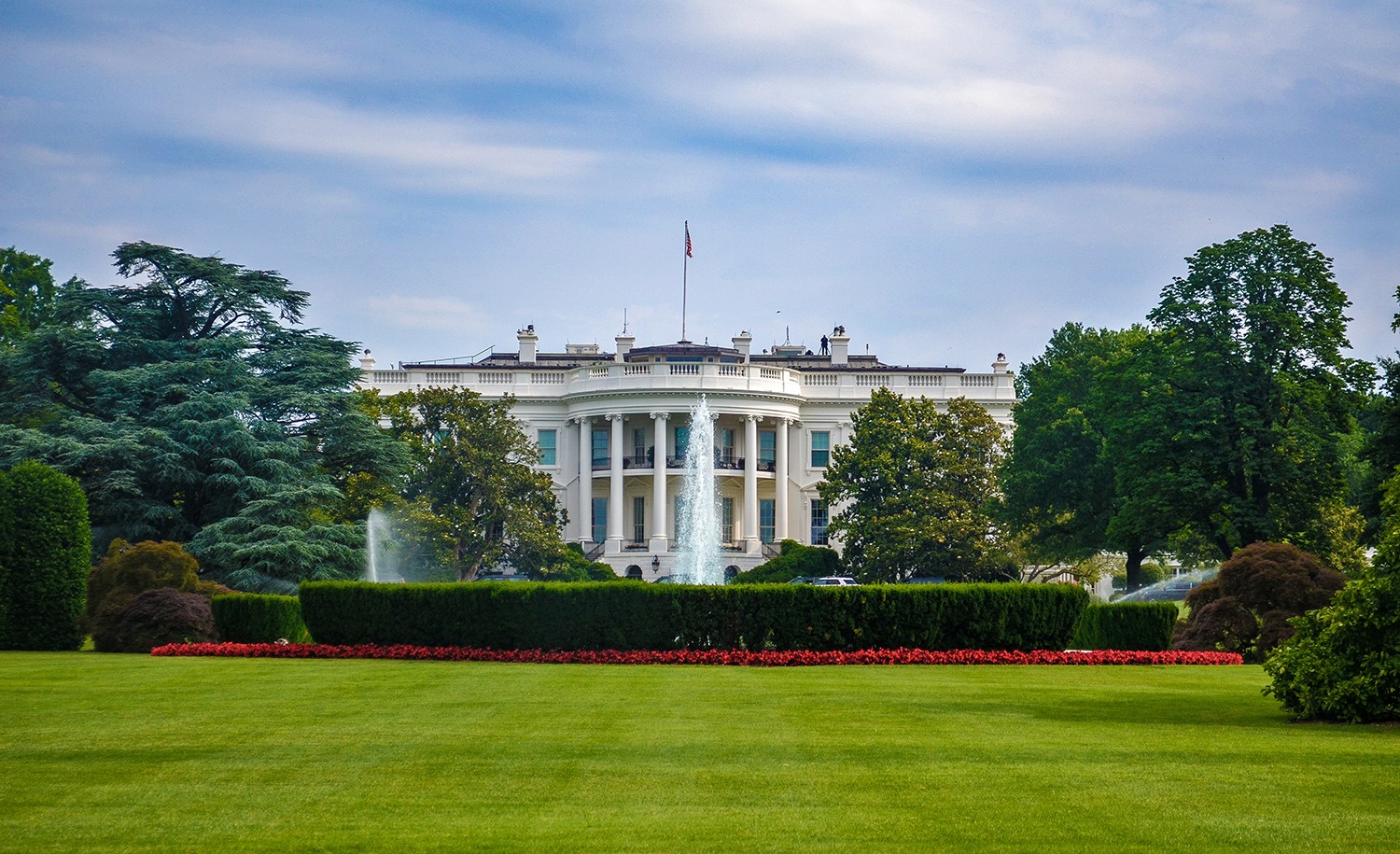 These powerful women are great reminders of how much introverts can make a difference.

“Do one thing every day that scares you.”

“The purpose of life is to live it, to taste experience to the utmost, to reach out eagerly and without fear for newer and richer experience.”

“We do not have to become heroes overnight. Just a step at a time, meeting each thing that comes up, seeing it as not as dreadful as it appears, discovering that we have the strength to stare it down.”

Words to live by? I think so. Doesn’t the person who said these things sound brave? Well, she was … and she was a First Lady … and an introvert.

Eleanor Roosevelt, the source of these words, is one of many fearless and introverted First Ladies who have resided in the White House. Whether they partnered with their spouses to reach that leadership position or they entered into it reluctantly, or both, these introverted First Ladies show us courage and resilience — and how they found ways to be themselves in public life.

The role of a First Lady continues to evolve, and some First Ladies themselves occupy similar roles to their spouses. But the role will likely continue to benefit from the unique strengths of introverts, even though they have to give up most of their alone time.

Starting with the most recent one, here are five fearless First Ladies who have demonstrated how female introverts can be strong role models, public servants, human beings, and more.

If there’s any First Lady who has a pretty good idea what the role is going to be like ahead of time, it’s probably Dr. Jill Biden. Due to her husband’s years in politics and the spotlight, she already knows what it’s like to go everywhere with the Secret Service, what her causes will be, and what her daily schedule might look like.

A teacher by vocation, Dr. Biden plans to continue teaching at a community college once in the White House, like she did when she was Second Lady. However, living life in the public eye did not come naturally to her like it did to her extrovert husband, President Joe Biden.

In her memoir, Where the Light Enters: Building a Family, Discovering Myself, Dr. Biden wrote that her husband “can do a rally with thousands of people and leave feeling energized and ready to take on the world.” But regarding herself, she says, “I was never a natural as a ‘political spouse.’ As an introvert, I preferred to stay in the background.”

However, that said, she adapted to having a not-so-private life. She taught herself to initiate conversations, connect meaningfully with others, and do public speaking (she kind of had to, right?). She also learned to stay true to herself, continuing the education work and advocacy that seems integral to her identity and purpose.

I bet she will continue these pursuits — and more — as First Lady. And I’m sure Americans will benefit from her introvert traits, from being a good listener to noticing details others may miss, as she becomes a role model for many.

I personally find former First Lady Michelle Obama smart, wise, principled, courageous, and more — and I’m glad she blessed us with her book, Becoming, and the accompanying Netflix documentary. In her book, she doesn’t come out and say she’s an introvert, although certain examples allude to it, like how she skipped an inaugural ball to spend time in her bedroom instead.

She and her husband, Barack Obama, made history as the first African-American family in the White House. But she’s also a wife, mother, and a first-generation college graduate from Princeton and a Harvard Law School graduate (like former President Barack Obama). From this — and her public persona — we can assume that she values excellence. Though she faced biases and racism from childhood on, her achievements continued in her career as an attorney, Chicago public sector executive, and First Lady.

She has always been pretty real and honest, including about the challenges of having a normal life for her children and herself. In the Netflix documentary, she said, “Every gesture you make, every blink of an eye, is analyzed. You have the world watching every move you make. Your life isn’t yours anymore.”

Well, that sounds like an introvert’s nightmare, as we don’t usually enjoy being the center of attention. But dedicated to a purpose beyond herself, she found ways to survive and be effective in her role, and it’s something we fellow introverts can learn from.

You might not be quite as surprised to learn that former First Lady Laura Bush, George W. Bush’s spouse and mother of two, is an introvert, and you’d be right. At the 2005 White House Correspondents’ dinner, she called her and her husband “complete opposites” and went on to say, “I’m quiet, he’s talkative. I’m introverted, he’s extroverted…”

She earned a Master’s Degree in Library Science, which is an ideal job for an introvert, as they enjoy reading, writing, and quiet time. Bush was also a teacher and an education reform advocate, both as First Lady of Texas and then in the White House. She quietly championed early childhood education and literacy, though she also gave speeches, including the first weekly Presidential address by a First Lady.

According to this New York Times article, her friends knew that she never aspired to be famous and values her alone time. They shared that “she could trade it all for long afternoons of reading or mornings of gardening and be utterly happy — perhaps even happier.”

Yet in spite of valuing her alone time, she still championed causes that were important to her — like ones to help vulnerable people — as well as drew attention to international causes and women’s rights.

Hillary Rodham Clinton really put the “first” in First Lady. Aside from being the spouse of President William “Bill” Jefferson Clinton, she was the first female U.S. presidential candidate of a major party, the first female senator from New York, and the first First Lady to hold a law degree or attend the UN convention on women’s rights. She also served as Secretary of State under President Barack Obama.

Clinton is also known for her private nature and some speculate that she’s an introvert.

However, she calls herself an “intro-extrovert,” as she told MSNBC’s Rachel Maddow during the Democratic candidates forum in 2015, liking both alone time and time around people.

Traditionally, someone who’s both an introvert and extrovert is referred to as an ambivert. They may not shy away from attention (but it all depends on the context), for example, and enjoy being at events for hours (which then ends in a sudden need to be alone to recharge).

Whether she’s an introvert or ambivert, one thing is for sure: Clinton has inspired a lot of women and girls in America. And despite several of the roles she’s held that required her to meet with people all day, speak up, or be a little “louder,” she has certainly found ways to succeed.

The woman who said the wise quotations above, plus many others, is one of the most historic introverted and fearless First Ladies to date. She has my personal respect and awe for living, leading, and helping others through both the Great Depression and World War II.

A teacher, lecturer, writer, advocate for minorities and those in poverty, politician, mother of five, partner to her husband, an ambassador to the United Nations — and more — Eleanor Roosevelt was First Lady from 1933 to 1945. With all of that public life, I was honestly surprised to learn she was an introvert, and apparently I’m not the only one. (It turns out that several U.S. presidents were introverts, too, including Franklin D. Roosevelt.)

Raised without much affection, she grew to be 5’10” — but in her childhood, she wanted to “sink into the floor.” Biographical accounts say she was well-educated; yet she was also shy and quiet, even into adulthood and the early years of her marriage.

It seems that her desire to make a difference for progressive causes led her to work on being more talkative, as society expected her to speak and be social. She traveled, gave speeches, and gathered information on behalf of her husband throughout his political career, because the effects of polio limited his movements at times.

A leader in her own right through some of the most challenging times in American history, Roosevelt was — and is — a role model not only as a woman or an introvert, but for any person who wants to make a difference.

Five Fearless First Ladies: More in Common Than Being Introverts

Although these five fearless First Ladies may have differed on political issues — or even how involved they chose to be in politics — I can’t help noticing they have a lot in common aside from their introvert qualities. Whether it’s education, bringing out the potential of young people, or feminism, they all had strong purposes and an expert understanding of certain issues central to their values. They also all rose to the occasion of their roles to make a difference, their introversion being an asset.

Whether a bold activist and the President’s right-hand advisor during some of the most crucial moments in American history like Eleanor Roosevelt, or the first to do many significant things, like Hillary Clinton and Michelle Obama, all of these First Ladies stories’ can make us proud to be introverts and inspire us to excel, too.

What renowned female introverts would you add to this list? Please share them in the comments below.

Tandice is an Iranian-American consultant, freelance writer, and marketing professional (you can find her at tandicegstrausbaugh.com). She adventures where life and her marriage take her, but she tends to find nature and art wherever she is. She loves her cat, art history, murals, her husband, bodies of water, trees, and portraits, not necessarily in that order. She likes to use her time and effort for worthy causes in her community.