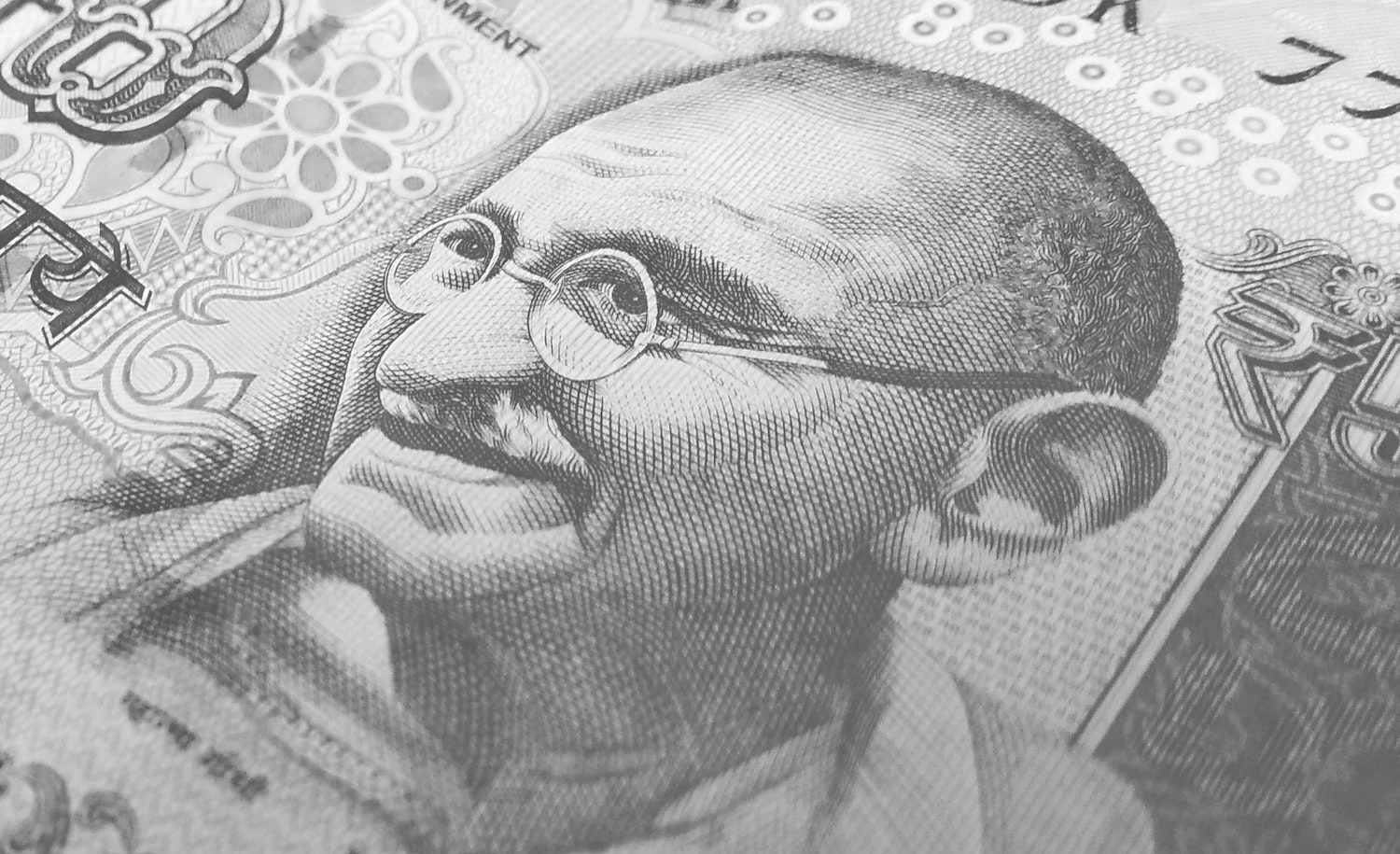 Introverts may not like being the center of attention, but we have plenty of natural advantages that help us succeed.

I feel like we live in a world dominated by extroverts.

And it seems logical when you think about it. I mean, when people are extroverted, they often seem to have boundless energy and easily get their voices heard. Many also seem to like the attention that is given to them and people enjoy it when they are around.

In essence, they are the life of the party.

We introverts, on the other hand, prefer smaller groups of people, plenty of alone time to recharge, and often keep our thoughts to ourselves.

Thinking about this, one can assume that extroverts make their efforts known more and enjoy more success as a result — their work results are often more visible and they find it easier to network. These factors can be important for success and are the advantages that seem to come naturally to them.

But that doesn’t mean we introverts cannot be successful, too …

Introverts May Not Like Being the Center of Attention, But We Have Natural Advantages to Help Us Succeed

Introverts have natural advantages, too, that can help us succeed in life. For instance, we tend to be thoughtful, compassionate, and great listeners. In fact, we can often build a good reputation without saying a word.

Sure, many of us “quiet ones” like to withdraw from the spotlight, as it makes us uneasy, and I know I’d prefer to stay home with a book instead of attending a networking event. While it may seem like these are disadvantages if we want to get ahead in life, we let our voices be heard in other ways, like through writing or one-on-one meetings.

All this to say that many characteristics we introverts have are the secret to success. In fact, introverts often make some of the best leaders due to their great listening skills and thoughtful ideas. As a result, they can be an inspiration for all of us when it comes to achieving success in life.

I did some research and discovered some of the most successful introverts in the world (at least I think so). Hopefully, they can be just as inspirational for you as they are to me.

9 Famous Introverts Who Have Been Hugely Successful in Life

In the world of business, Amancio Ortega is known as one of the most successful people. Building his fashion business from zero — he is the founder of Zara — he currently has a net worth of more than $71.3 billion, according to Forbes, making him one of the wealthiest people in the world.

And guess what? He’s an introvert.

Even though he often avoids publicity and the spotlight, this hasn’t prevented him from becoming successful. Looking at his achievements, I think his customer-centric business approach is admirable, as he makes his fashion products much cheaper for customers than some of his competitors. Who knows? It might be a result of his introverted nature, as he can listen to customers’ needs and provide solutions, like affordable clothing.

Who doesn’t know of Albert Einstein and his famous E = mc2 formula?

In addition to being a mathematician and physicist who developed the theory of relativity, he also won the Nobel Prize in 1921 for physics for his explanation of the photoelectric effect. And, yep, he was apparently an introvert, known for saying, “The monotony and solitude of a quiet life stimulates the creative mind.”

As an introvert, I’d agree that quiet and solitude are a couple of my favorite things!

Known as the woman who sparked the anti-racism movement stemming from the Montgomery bus boycott, Rosa Parks had the right attitude for a leader. Her bravery to take a stand on what was right inspired a countless number of people to follow her example, both then and now.

Some described Parks as “shy, reserved, and quiet.” Her actions literally spoke louder than words, and she is proof that you can still be an activist when you’re an introvert. She even titled her memoir Quiet Strength.

Gravity is something most people know about when it comes to physics. It is a theory founded by Sir Issac Newton, one of the most celebrated scientists of all time.

As a scientist, the trait that he is famously known for is his introverted nature, having been “a deeply introverted character and fiercely protective of his privacy.”

In my opinion, I think his introverted nature provided him with the alone time he needed to work as a scientist and produce his brilliant theories. After all, as we introverts know, it is hard to be productive when many people are talking around us.

Oprah Winfrey is a renowned media mogul and has been hugely successful as a TV personality. From all her years hosting The Oprah Winfrey Show, it’s easy to assume she’s an extrovert.

But in talking to comedian Amy Schumer, the two bonded over both being introverts. In the interview, Winfrey even said, “I’ve been at parties where I have to get up and leave and I’m just in the bathroom.” “I love the bathroom,” Schumer replied. “Love to hide in the bathroom.”

Winfrey also said she loves to read and usually finds time to do so every evening before going to bed. (Of course, my introvert self can relate! You, too?)

You don’t have to be a basketball fan to know Michael Jordan’s name. Often dubbed as the “greatest” NBA star of all time, he is surely a person who has successfully reached the top.

However, one thing that I didn’t know about him until recently was that he’s an introvert; in fact, he is often listed as one of the greatest introvert athletes. After looking at what he has achieved, I think it is very safe to say that introverts can reach greatness in professions that may seem more suited for extroverts.

As one of the most revered film directors, Steven Spielberg has definitely accomplished success. Among the movies that he has created are famous box office titles like Jaws, Jurassic Park, and Saving Private Ryan.

As it happens, he is also an introvert. He has said he’s been a quiet loner ever since he was a child. He has also been known to say he prefers to spend his time watching movies. (Fitting, right?)

If you’ve ever watched the legendary sitcom, Friends — or even if you haven’t — then you know who Courteney Cox is, also known as Monica Geller on the show.

As an actress, Cox has starred in many other TV shows and movies, too. In addition to having been nominated for many awards for her acting, she’s also won some, including a People’s Choice Award for “Favorite Performer in a New TV Program” in 1995.

You can surely agree that she has had a hugely successful career as an actor … and an introvert.

During an appearance on Howard Stern’s Sirius XM radio show, she said she is a homebody and much more of an introvert. And, yes, introverts can be actors, and other ones include Meryl Streep and Audrey Hepburn.

Obviously, Cox’s introverted nature did not hold her back in her work as an actress, and a very successful one at that.

Who says that introverts cannot be leaders?

We can see an example of a great introverted leader through the late Mahatma Gandhi himself, known as the main leader of India’s non-violent independence movement against British rule.

According to Autobiography: The Story of My Experiments with Truth, Gandhi recalled being a shy kid who refrained from talking to people. However, that didn’t stop him from gradually becoming the person who led his country; he thought that his introverted nature helped him become a better leader.

Later in his autobiography, he says that his tendency to think before talking had become his shield, as well as helped him in his discernment of truth. Sound familiar, fellow introverts?

As an introvert, I surely hope I can gradually learn to become a great and wise person like Gandhi. Hopefully, it’ll happen with consistent hard work.

Who would you add to this list? Please share any other well-known introverts who inspire you in the comments below.

Want to apply more good habits? Learn 23 simple, yet impactful, good habits that you can implement in life immediately in my free 80-page e-book.