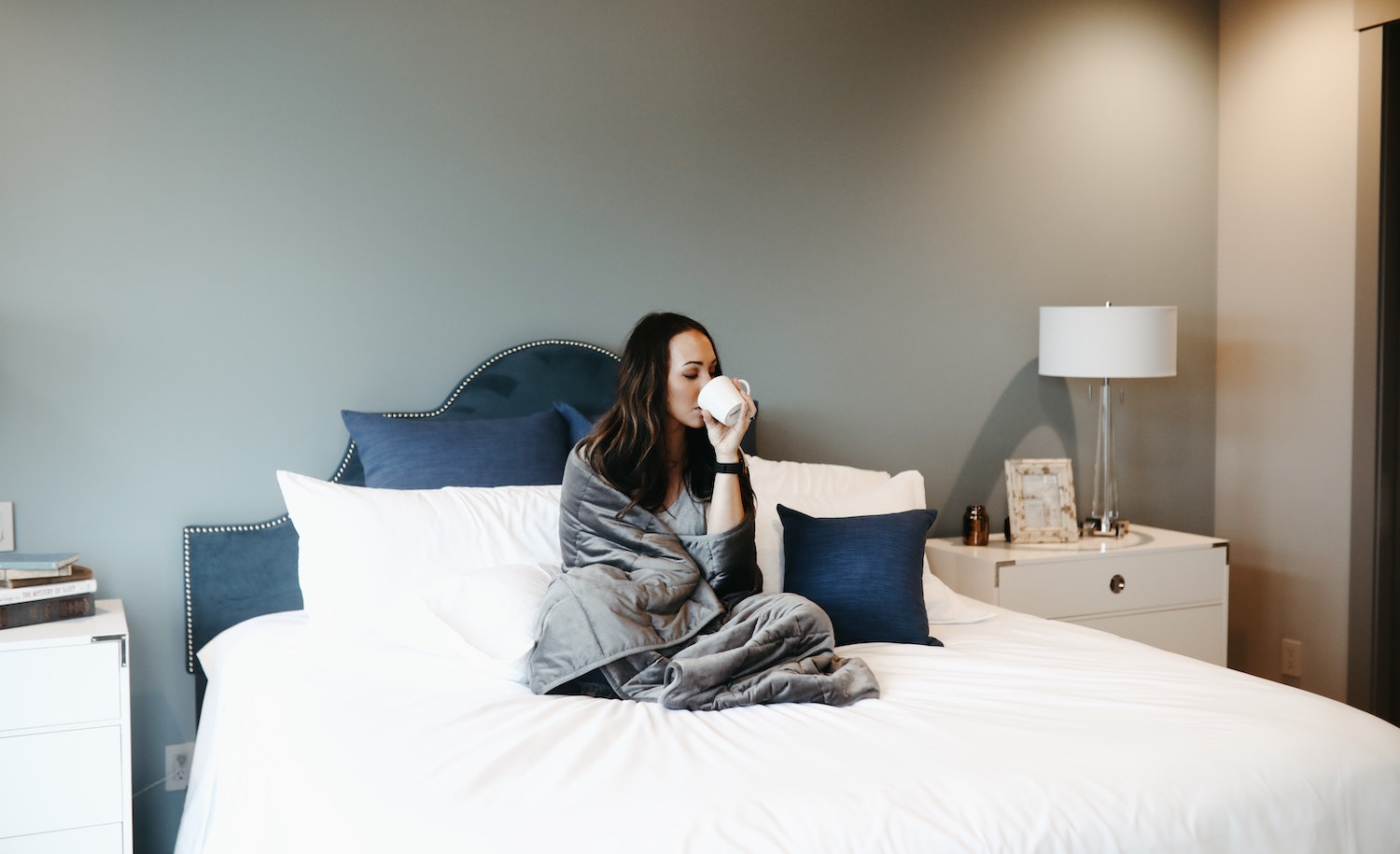 After months of sheltering in place with my family and no solitude, I cracked.

Now, he thought, presumably, would be a great time to use the antifungal foot spray.

It was 11:55 p.m. I was doing what I’d done every night since my boyfriend Jonathan and I arrived at my parents’ house seven weeks earlier: trying to let go of the day and fall asleep.

I’d spent a half hour winding down — tidying up, doing some stretches, waiting for my nightguard to get minty clean in the Polident fizz, all with an episode of “Cheers” running in the background. Now I was in bed waiting to turn off the lights.

If I’d been alone, I would’ve come to this moment at least an hour earlier.

Because I am an introvert and Jonathan is an extrovert who gets comfort from stimulation, even at bedtime, it’s served us in the past to have separate bedrooms. Here in my parents’ house in suburban Maryland, we’re together, along with my two cats, in one of two guest rooms. My brother, an introvert like me, is in the other guest room, mostly keeping to himself.

Jonathan had used the foot spray two nights in a row without incident, so we were both surprised when the room filled up with a nasal-clogging, throat-irritating fog. (Maybe it took three applications to tap into the active ingredient?) He apologized several times and promised he’d do it outside in the afternoon from now on.

But it was too late.

The last thing I saw before I stormed out, closing the door behind me, was the boy cat trotting over to me in the dark, concerned and meowing.

After Months of Sheltering With My Family, I Cracked

I felt like a jerk for leaving sweet Raj and little Luna — and Jonathan. But after seven weeks sheltering in place with my family and boyfriend, I’d cracked. I went to sleep in a furnished room in the basement. I was beyond exhausted.

What was wiping me out?

Not viral load. There hasn’t been a single alarming symptom since we first arrived. From our two-week self-isolation to today, all temperatures have remained stable.

Not lack of physical privacy. There are five of us here — eight, if you include my cats and my parents’ cat — but there’s enough space.

There’s minimal stress around groceries, aside from the impossibility of getting a sack of all-purpose flour and the frustration of one online supermarket delivery substituting canned sweet peas for dried split peas.

I will never take any of these blessings for granted. Nor will I ever take for granted how I’ve been cared for during this terrifying time.

But something has still been getting to me.

As an Introvert, My Nervous System Is Fried

Sure, there’s interpersonal drama. But ultimately everyone in the house is reasonable and compassionate.

And what if it had gone the other way? I could be alone, as some of my friends are. After weeks of sheltering in place, even the most independent of them are beginning to feel isolated. As lack of touch and human contact starts to take its toll on them, I’m discovering exactly how I react when I can’t get enough solitude.

My nervous system gets fried. My mind goes limp. My emotions become brittle. And I go on the attack. Especially with Jonathan.

I Just Need My Frickin’ Space

After being together for over three years, I naturally have a running list in my mind of what I see as his shortcomings.

When I’m socially suffocating, I start firing off my judgements and complaints like poison darts.

Note: These are not necessarily Dooming Pandemic Relationship Moments. It can feel like that — like we’re in trouble — but I’m not ready to conclude that yet, since I’ve just discovered that the substance of my attack is secondary to the attack itself.

My attack is my defense.

As an introvert, I just need my frickin’ space.

So, instead of asking for it directly, I bombard Jonathan with anger darts till he’s as miserable as I am. (Seriously, I heard him whimpering in his sleep one night.)

I know it’s not right to launch my anger darts at him, so I’m slowly making the correction. We’re both doing our best.

Which brings me to the vital importance of that room in the basement — and of solitude.

One Night Alone, and the Miracles of Solitude

When I stormed out after the foot spray, I stormed down two flights of stairs to the den. At night with the door closed, the only light comes from a wi-fi gadget that gives off a soft green glow in the corner. It’s practically sensory deprivation, which may well be my golden key.

In just one night down there, dozing and dreaming alone on a twin mattress on the rug, I found these six miracles of solitude:

To transcend a painful or troubling emotion, I have to fully feel and witness it.

As an introvert, I can only do that alone, because I’m the only one who can ever feel exactly the way I feel. Conversations, analysis, understanding, and support are all crucial. But I must feel my feelings privately.

As an introvert, the decision to shelter-in-place with my boyfriend in my parents’ house was difficult to make.

My introverted brother took a different approach. He didn’t encourage his girlfriend to come. Despite his strong need for emotional connection, he exercised caution.

“I didn’t want a situation where I couldn’t get my space,” he said. “I didn’t want her having to deal with me when I get that way.”

“Even knowing you could be here for months without her?” I said.

“Yes,” he said. “The lack of affection is hard. But I could picture a scenario where you and I were flipping a coin to sleep in the den every other night.”

Solitude Helps Me Detach From My Anxieties

At some point that night in the den, I heard voices from the first floor. I assumed it was morning, but I hadn’t brought my glasses or phone, so I wasn’t sure. In that mildly disoriented state, I realized something else:

Each voice activates in my mind and nervous system a set of expectations and problems: How do I anticipate this person’s need? Is there a way to please them? Will I be asked to justify something? How do I respond and behave without betraying irritability? When I break down, will they pity me?

These thoughts and anxieties never vanish, but I don’t need to obliterate them. I don’t even need to resist them. I’ve found that when I accumulate enough solitude, throughout a day and week, that helps create a residual buffer between those thoughts and me.

That’s the seventh miracle of solitude: It helps me detach from my anxieties.

When I told Jonathan I’d be taking “preventive” nights alone in the den — and asked what he’d like in order to feel nourished himself — he was understanding. Yet another gift for which I’m grateful.

How to Get the ‘Nourishment’ You Need

If you’re an introvert who feels like you’re going to crack from a lack of solitude, find a way to express your need for alone time, being mindful not to throw blame or shame on anyone, including yourself. (Wait till you’re calm, and disable the flying anger darts.)

Then begin the experiment: Is a daily one-hour solo walk, or a weekly night alone on the couch, restorative enough? Will two hours alone in the kitchen or bedroom (door closed) every day be enough for you to bake, read, or binge-stream yourself back to equilibrium?

Figure out what works, and allow for variations as time passes, while making it clear that this shift is not about personal conflicts. It’s about getting the kind of nourishment you can only get from solitude.

Nina Camp is a copywriter and essay writer in New York. Her essays have been featured at HuffPost, Good Housekeeping.com, Mr. Beller’s Neighborhood, Mogul.com.