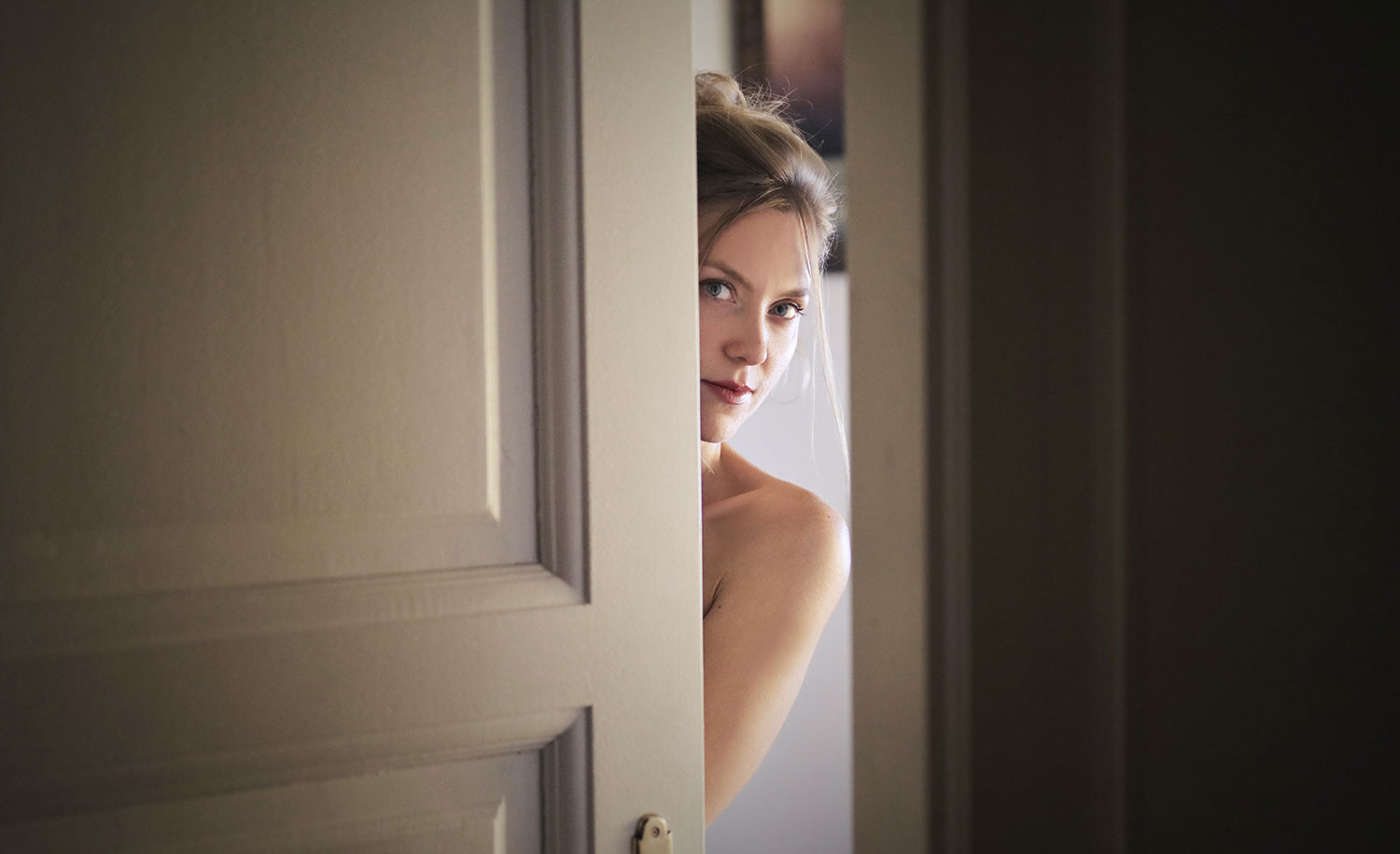 The introvert “door slam” can extend to other areas of your life, too — like when you cut off anything that hinders, not helps, you.

Have you ever known an introvert to shut someone out or cut off contact to the point where it’s almost as if that person doesn’t exist? Ask any group of introverts (that is, if you can get us into a group!) and chances are, a few of us have done what’s called the introvert “door slam.” It’s also known as the “INFJ door slam” based on the tendency of that Myers-Briggs type to slam the metaphorical door.

Introverts are known for needing alone time and being independent, sometimes at the expense of shutting other people out for any period of time. But the door slam is different. An introvert can cut off contact with someone for any number of reasons, but mainly it’s because that individual is negatively affecting us, and we need to slam the door in order to heal. It’s about self-care and setting boundaries (which is not easy, trust me). As someone who has slammed (or firmly shut) a door several times, I’ve also learned that it’s possible for an introvert to slam the door on something other than a person.

Someone who’s never slammed a metaphorical door might wonder if we’re burning bridges. The answer is no, not exactly. It’s more like we’ve raised a drawbridge, and there’s a giant moat between us and whatever we’re cutting off (sometimes with alligators swimming in said moat, depending on the severity of the situation). We’re creating a barrier rather than causing destruction. Doors can be opened again… sometimes.

Why Do Introverts ‘Slam Doors’?

Not to say that extroverts can’t (and don’t) slam doors, too, but introverts’ motivations can differ. Introverts’ energy reserves are limited. It’s not just about needing to be alone — it’s about anything that overstimulates, overwhelms, or drains us in a way that we know is not healthy. We’re cautious and conscientious about what we let into (and keep) in our lives, and can cut those things out when necessary.

We don’t need to maintain a connection to be okay. In fact, our being okay partly depends on severing that connection. Taking care of ourselves outweighs any fear of missing out by cutting someone — or something — out of our lives. Many introverts are also highly sensitive, and a door slam on whatever is causing pain may be the healthiest thing to do to move on.

There can also be varying degrees of an introvert “door slam.” Think about how you shut a door. You can shut it slowly behind you so that it doesn’t creak on your way out, you can close it normally, or you can let it shut with a good old slam. An introvert shutting someone — or something — out can work the same way. It can happen slowly and subtly if an introvert does not want to (or can’t) fully cut that person or thing out, such as someone we work with or live with and can’t avoid seeing regularly. It can be swift and decisive, but more natural, like when getting a new job or moving to a new place. Or it can be sudden and dramatic, with little warning.

Needing to slam the door can extend to areas of our lives that aren’t necessarily about one specific person. Here are three examples of when the “door slam” is not limited to people, and how those door slams can also be a learning experience for introverts. We learn to prioritize what matters and cut off anything that hurts us, but there are important things for introverts to remember along the way, too.

3 Ways the Introvert ‘Door Slam’ Is Not Just About People

1. Slamming the door on places.

If a place makes an introvert feel tired, overwhelmed, or stressed out, it might be time to close that metaphorical door, or at least walk out. “Place” here can be broad, like a region, or more specific, like a city or town.

For instance, one northeastern U.S. city got a door slam from me in 2014. I was a burned out college student still figuring out what being an introvert meant, and who had wanted that big-city life for a long time. But the crowdedness, combined with the stress of living on a grad student budget in an expensive city, wore me down. I knew I had to get out, and I was already looking for jobs in other states when the opportunity for a research fellowship abroad came up. Friends in the city and in my graduate program (which I could finish from anywhere) asked me when I was coming back. To their surprise, my answer was, “I’m not.”

I have zero regrets about slamming the door on that city; it was one of the best decisions I’ve ever made. In recent years, I’ve been back a handful of times for specific events, so I’m warming back up to it from a distance — and from a now-outsider’s perspective. Would I ever live there again? No way. But I learned from the experience. Several years later, when I decided to leave a different East Coast city, I did so before it had drained me — no door slam necessary. (The other lesson I learned is that I do better living in much smaller cities, so perhaps I’ve slammed the door on living in massive cities in general.)

I was fortunate to be in a situation where I could leave a place where I was unhappy. Sometimes leaving a place can be difficult, and there are barriers — financial, family commitments, etc. — that may prevent you from leaving. But this is where introverts can turn to family, friends, or colleagues to help make changes or to be a support system if leaving a place is not possible at the moment.

2. Slamming the door on situations.

Going beyond something like a toxic relationship with a person, it’s possible that an introvert needs to slam the door on what I’ll broadly call a “situation,” usually related to a path the introvert’s life is taking. For example, a bad professional situation that’s affecting your mental health can fall under this category, such as a stressful job or a college or graduate school program that’s ultimately a bad fit.

Just like slamming the door on a place, situations can be difficult to get out of. Changing schools, looking for a new job, finding a new place to live — it’s not easy. If an introvert does this, it’s a huge deal emotionally. Slamming the door on a path they were on can mean changing their goals, dreams, or overall life plans (and introverts definitely tend to be planners and don’t love change!). If an introvert slams the door on said plan, and not necessarily because they have another new, exciting goal, they have a very good reason for it.

As an example, after graduate school, my energy was so drained — and my mental health and self-confidence had taken a serious enough hit — that I needed to create a barrier between myself and the world of academia. I needed to slam the door shut in order to heal and process. I’d done a program in history, and didn’t even open a history book for about a year after I was done.

But I’ve also learned from that experience. Guess what? It is possible to crack a door open again. Tiny steps are key to avoid slamming the door again. For example, I’ve started attending virtual talks and conferences, reading a handful of recent books and articles in my field that interest me, and figuring out ways to do my own history writing again.

And the following goes for everyone, not just introverts doing the above door-slamming: If a situation in your life is unhealthy or abusive in any way, don’t reopen that door. Lock it, throw away the key, burn the drawbridge, and make sure the moat has plenty of alligators.

3. Slamming the door on behaviors.

As introspective people, introverts can take their “door slam” ability and turn it on something besides other people, places, or situations. Sometimes, we need to take a good long look at our own behavior and say, What am I doing that’s not working for me?

Take this example: Ever have an introvert friend who would go out with a group of people in college, but as adults, they have no desire for a long night out on the town? (Raise your hand if you are that friend and can relate!) But the point here is this: They slammed the door on that behavior because it wasn’t a positive experience anymore, and it was draining.

One unhealthy behavior I’ve slammed the door on is taking work home with me. It was a bad habit that was draining my introvert batteries even more so than a party where I didn’t know anyone. When I realized how tired and stressed out I was, I knew it had to stop. And now, unless it is absolutely, time-crunch-unavoidable necessary, I’ve slammed the door on doing my day job after hours.

What Introverts Need to Remember When Slamming the Door

One thing that’s important for introverts to keep in mind when cutting a place, situation, or even behavior out is that people can get caught up in the door slam, even if it’s not about that person at all. Whether it’s a roommate, friendly neighbor in the city you’re leaving behind, or a trusted coworker in the job you’re quitting, if the person is a true friend, you can be honest with them about why you’re shutting the door, and they won’t take it personally. They’ll understand that “it’s not you, it’s me” — and any reassurance an introvert can throw out there doesn’t hurt either.

While there are times when a metaphorical door slam may seem like an extreme move, it’s a way for introverts to learn and grow. Having the strength to shut out a person, place, situation, or behavior that is negatively affecting us is how introverts set boundaries. Plus, it’s a way to learn what works for us and what doesn’t, and allows us to focus on what does matter — like all the doors we keep open.

I earned my M.A. and PhD in History from Stony Brook University, and a B.A. in History and German Studies from Colby College. Since embracing my introversion and figuring out I’m an INFJ, I’ve turned back toward my artistic side to focus on fiction and creative nonfiction writing — which is really what I should have been doing all along. I live in the Blue Ridge Mountains and write over on SuziSwartz.com. Find me on Instagram @suzi.swartz and Twitter @suzi_swartz.