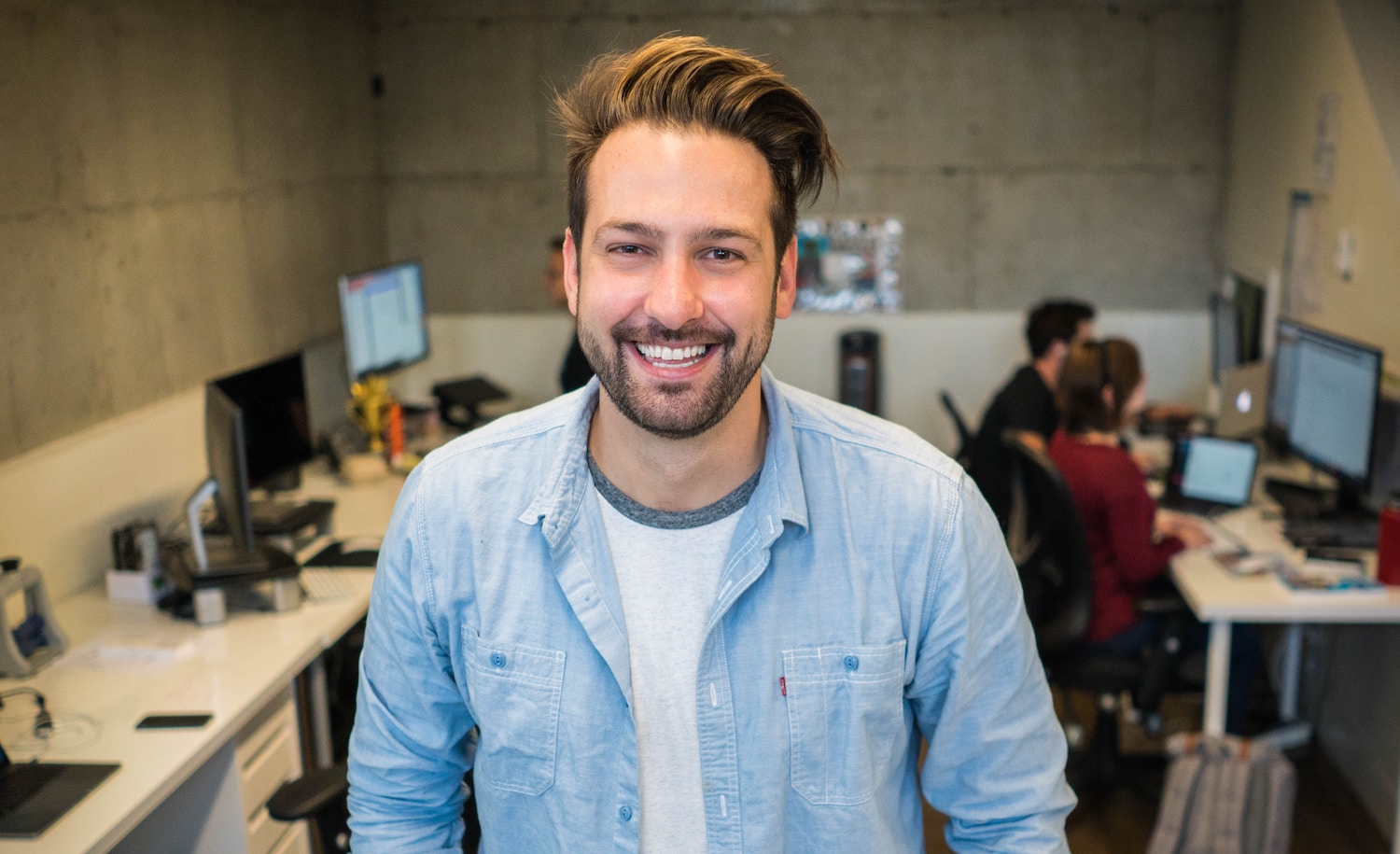 “I will succeed in my work because I am an introvert, and not in spite of it.”

Want to know what the top Google search is when it comes to introversion in the workplace?

“How to deal with being an introvert at work.”

Introversion at work can sometimes feel like a nasty disease that we just have to deal with (and pray that none of our colleagues find out). We know it’s not going away, so instead, we better learn to manage the worst of it…right?

But what if being an introvert isn’t actually a shameful part of ourselves that we have to cover up? What if our predominantly extroverted workplace cultures could really benefit from a solid dose of yummy introverted goodness?

Why Introverts Are Awesome Employees

1. Our independent working style may make us more creative.

This might come as a surprise because as an introvert, you probably don’t fit into the stereotypically “creative,” modern-day workplace that’s built on collaboration, teamwork, and socializing with coworkers (while hanging out in bean bag chairs, drinking craft beer, doing team-building exercises, and playing ping pong, of course).

However, counter to the popular workplace myth that collaboration breeds creativity, there’s a lot of research that proves the complete opposite. According to Susan Cain, the author of Quiet, it’s solitude (not collaboration) that is likely to lead to creative insights — and she has the research to back it up!

Furthermore, other research shows that if you come across a group of highly creative people, the majority of people in that group are likely to be introverts. A number of studies conducted by the University of California from 1956-1962 brought together a mosaic of people considered to be spectacularly creative in their field. They gave everyone involved a variety of tests and did the same tests on members of the same professions, whose accomplishments were considered less significant.

The study found that the more creative people tended to describe themselves as independent and individualistic, and they appeared to be more socially introverted as well. Cain draws the conclusion that it is the more independent working style of introverts that leads to higher levels of creativity and creative achievement among them.

Takeaway: Own your desire to work independently. Know that by doing so, you’re offering just as much value — if not more — as your coworkers.

2. We excel as leaders when we’re passionate about our cause.

When introverts find causes they believe in, they often become very committed to those causes. Because they are so committed, they tend rise to leadership positions.

I experienced this myself when I was in my third year of university and became very passionate about climate change and environmental issues. I had been such a quiet kid growing up, but really found my voice when I was doing environmental work. I spoke in front of classrooms, pressed politicians on challenging questions, led flash mobs on campus, and eventually was asked to lead a coalition of environmental student groups.

I learned that I was able to transform into a driven, proactive, and inspiring leader by doing something I was so, so passionate about.

Another reason introverts excel as leaders is because they are great listeners. This helps them to hear all the issues at hand when it comes to leading a team or tackling a project, and to make decisions that take into account a variety of factors.

However, it should be noted that introverts (along with extroverts) particularly excel at being leaders in specific scenarios. According to Laurie Helgoe, author of Introvert Power,

“it seems that introverts are better at supporting and channeling the initiative and creativity of employees, while extroverts lead better when employees are more passive.”

Takeaway: If you want to take on more of a leadership role at work, start by finding a project you’re passionate about and getting involved or asking to take the lead on it. Look for a group of people who are highly engaged in the project, so they won’t rely on your energy to motivate them.

3. We put the brakes on when extroverts want to steam ahead.

Extroverts, on the other hand, may be more prone to poor decision-making because they may get distracted by feelings of desire or excitement. Extroverts might get so excited about rewards — like a promotion or enjoying time with friends/coworkers — that they take oversized risks and ignore the alarm bells that would probably be going off for an introvert.

In Quiet, Cain draws a parallel between what we know about extroverts, introverts, decision-making, and the stock market crash of 2008. Cain suggests that the 2008 financial crash, “caused in part by uncalculated risk-taking and blindness to threat — may have been as a result of too many extroverts at the helm, and not enough introverts warning to put on the breaks.”

Takeaway: Take the time you need to make a decision. If you feel put on the spot, ask to have some more time to thoroughly think things through. A balance of introversion/extroversion when it comes to decision-making is ideal, so feel confident taking your time to make a decision — it will most likely benefit everyone!

I recently asked one of my more introverted friends about what she sees as a benefit to being an introvert in her job. The first thing she thought of was that she’s more productive than a lot of her more extroverted colleagues. This is because she tends to keep to herself more and isn’t spending her energy on things like office drama or workplace politics.

It makes sense, then, that introverts are likely to be more productive if they’re spending less time socializing.

Introverts also tend to seek out work environments that have fewer distractions, whether it be a quiet space in the workplace itself, or something like negotiating working from home — and generally speaking, for most people, fewer distractions equals greater productivity.

Ariana Bowman, from Vancouver, BC, turned her cubicle desk job into a work-from-home job, where she finds she’s more productive without all the distractions of an office place. “Working in the office tired me out with all the chitchat and fluorescent lights. I’m much more productive (and happy) working from home!”

Another takeaway: If you’re exhausted by your workplace, try negotiating working from home one or two days per week — and prove to your boss that you’re more productive when you do so.

So, friends, the future is looking bright if you’re an introvert at work. In fact, some research shows that introverts are more likely to be successful CEOs — and there are a number of great introvert jobs available.

Our introversion at work is not a handicap, it is a strength. Own it!

“I realized that being an introvert was not a disadvantage at all but, rather, something I could use as a strength.” -Oliver Maskell

Rebecca Beaton runs her own business as a career coach, where she helps people who are dissatisfied with their job figure out what they want to do instead — so they can make both an impact and money. She proudly wears the badge of “introvert” in her work and likes to play up the benefits of her gentle, intuitive coaching style. When she’s not working, you’ll find her walking in the forest, reading a book, wandering the city, journaling, or dancing it up at an late-night party.