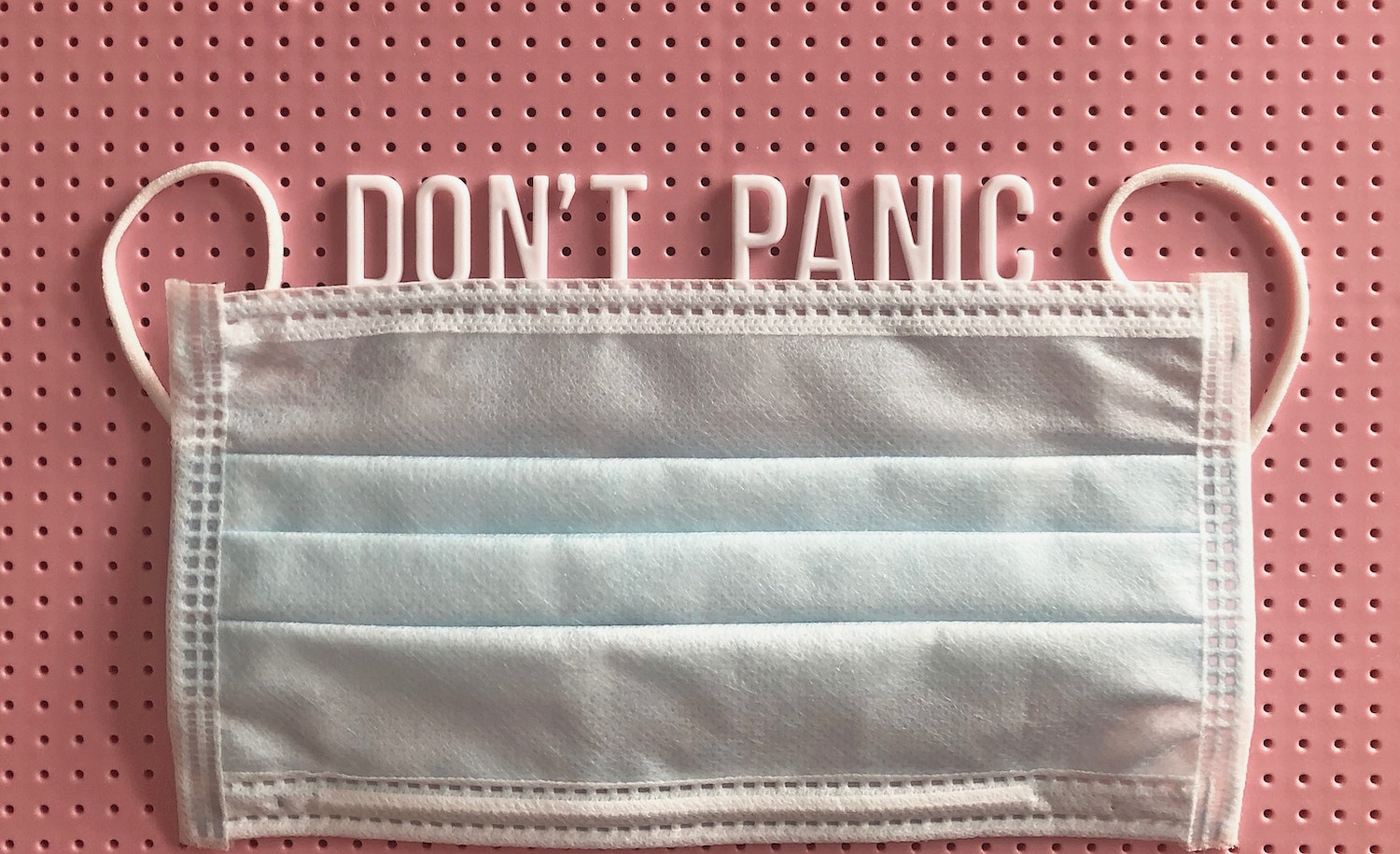 In theory, staying home is relaxing for introverts, but right now, it’s also a time of high anxiety. Many people are self-isolating to slow the spread of the pandemic — and some are dealing with it better than others.

So, here’s a lighthearted take on what each introverted Myers-Briggs personality type might be doing to survive the corona “apocalypse.”

What Each Introverted Type Is Doing to Survive

How did you run out of toilet paper already?

Shortage of TP, you say? Probably not for the ISTJ. They buy in bulk on a normal day, so they’ll have a clean hiney for at least a couple weeks. They’ve also made a list of all gas stations and grocery stores nearby, and the time they open. The plan? Do an early morning run and be first in line at any store that just restocked.

Don’t worry, though, they’re not selfish. They’ll make sure they have enough for their family, and they’ll share the excess with relatives, friends, and neighbors — probably in that order.

Still, they might be a little huffy about it. After all, they’re the ones running out, exposing themselves to the virus, for all the people who didn’t plan ahead. But they’re used to being the responsible one, so they won’t complain — just get out of their way while they do it.

Don’t worry about them. They won’t touch anything with their bare hands, and will wipe down all supplies with disinfectant after purchase.

Right now, ISFJs may be akin to a human yo-yo. They’re keenly tuned into the anxiety everybody is feeling, especially the news stories about people panicking and fighting — even though those incidents have been rare. It feels almost like the world is ending, and they’re swinging between polar opposite reactions.

On the one hand, the ISFJ takes safety precautions seriously. Some might even say to extremes. Sure, 20 seconds of hand washing is fine, but why not 60 seconds? And maybe douse in hand sanitizer right after, and, oh heck, how about a couple extra showers? Yes, the house does look extra clean, thank you — the ISFJ has wiped down every surface, including lamp shades. Can’t be too careful!

On the other hand, the ISFJ can’t resist helping people. Although an introvert, the ISFJ may be seen going door to door checking on neighbors. Need an errand run? They got you. Need some supplies? Here you go. Sure, they scrub up when they get home, but it’s possible they might have given one or two hugs. People need hugs in scary times like these. Still, better disinfect again…

For ISFJs, it ain’t easy living in a pandemic, but we’re happy to have them around.

The ISTP may not trust mainstream news, although there are some great reddits they regularly deep-dive into. Lately, though, they’ve been spending weeks in their garage, teaching themselves the ancient technique of fire gilding — so they can add gold-plated parts to their homemade cloud buster machine. It’s a work in progress.

So forgive them if they missed the news about the virus. No biggie, though. There’s plenty of food in the house — or at least there was, two weeks ago — and, hey, if needed, the ISTP could totally rig up a bidet. No need to go out at all!

Although… wouldn’t it be pretty neat to see everything looking deserted? And do we really need the “authorities” deciding where we can and cannot go?

You know what? Maybe it’s time to do a little guerrilla photography around the nearest city. While wearing appropriate safety gear, of course, and following all social distancing recommendations. Grab the vintage 1930s camera — and stay 6 feet away from everyone!

Many ISFPs live with an inner tension. On the one hand, they don’t like to stand out in a bad way or ruffle any feathers — in fact, they can be downright shy. On the other, they have an inner glam rockstar they want the whole world to see.

That might explain why the ISFP is now live-streaming their entire self-quarantine. So far, they’ve blasted out a 30-minute confessional on how they did or did not prepare; a live dance session with their puppy; “interviews” with their roommate; and 20 or 30 TikToks depicting the entire range of pandemic-era emotions.

While most of them are silly in tone, these videos hold a certain allure. People are home, people are afraid, and people could use ANY sign they’re not alone in how they feel. The ISFP is providing that, and making their audience laugh and smile on top of it. Even the interviews are a riot, with the ISFP donning a fake ‘stache and doing their best Anchorman impersonation.

The heart emoji keep coming, and right now, that’s what’s keeping the ISFP going. Speaking of which, they’ve got to go — it’s time for their “Songs for the Unpocalypse” guitar stream. Today’s set: a few picks off the Rent soundtrack to really give you the chills. Now smash that like button!

I think I too shall sing from the window.

The INFP has always been an observer. Has always been out, a little ways, on a tiny raft, looking back at the shore of humanity. Are they worried? Yes, we are all worried. Are they afraid? Yes, for the people at high risk, and for those who won’t follow recommendations and will realize, one day, what they’ve done.

But also, the INFP may feel a little confident.

They are confident because they have always known that we are much more dependent on each other than we think.

They are confident because they have always known that our institutions, which are struggling, mean less than our willingness to help one another.

And they are confident because right now, our common spirit, which they have always believed in, has shown itself.

“They say,” an INFP might tell you, “They say the canals in Venice run crystal clear. They say you can hear the birds sing in big cities. They say the smog and smoke are clearing with so few cars on the road…

“And they say that people are helping each other, checking on their neighbors, calling whoever is lonely, running errands for those who are at risk…

“They say people are being a little better to each other.”

The INFP knows it’s not all good. People are dying. The food hoarding is tragic. The carelessness about social distancing makes their heart break. But they have always seen that.

It’s rare you see people care so damn much.

Making sure everyone else feels okay.

They may be stuck at home, but INFJs are still having busy days.

It starts with binging. The news, that is. School is canceled? Stores have closed? The government saw this pandemic coming? Their friends definitely need to know. The INFJ hits “share,” keeping their inner social media circle informed.

But it’s not just news updates. The INFJ also feels compelled to keep people healthy: Stay home. Stand 6 feet away from others. The virus can live on cardboard for 24 hours. The INFJ feels a strange sense of responsibility throughout this crisis, even if they are not directly involved. Once again, the INFJ tweets, posts, shares.

Soon the INFJ is covering this crisis like a reporter, articulating what others cannot, capturing poignant thoughts in tweets. Because if we can come together right now, unite despite our differences, we can beat this. We can survive. There can be a tomorrow — if only someone would light the way.

The INFJ’s insights are re-shared, re-posted, and their sense of quiet responsibility grows.

Meanwhile, the INFJ knows their extroverted friends are going bonkers, and people are being laid off. So they accept their panicked phone calls even though they’d rather be left alone, listening with the patience of a well-trained therapist as they unspool their pent-up thoughts.

Suddenly, the INFJ realizes it’s 10:30 at night, they haven’t eaten, and they can’t remember anyone asking how they are doing. It’s cold, it’s dark, and after all that caring for others, they wish they could unload their own anxious thoughts. Who will care for the caretaker?

Eyes wide open, they snuggle up to their cat. At least they have no plans this weekend.

No one sees what’s really going on.

Repetitive news stories. Toilet paper memes. The INTJ has had enough. This crisis is much worse than anyone realizes. Businesses are failing, people are being laid off, whole industries will collapse. The shut-in lifestyle — the only “cure” for the pandemic — isn’t sustainable. They’re talking months, years, before things go back to normal, if they ever will.

So the INTJ pulls open their laptop, furiously typing an 8,000-word screed on why the stock market collapsed, analyzing a number of trends, and projecting a worldwide meltdown that could take 50 years to quell.

But the INTJ is not loving the reaction it got. People are using words like “alarmist,” “pessimist,” and “bullpoop.” Jeez, is this how people react to simple facts?

Besides, clearly no one really read it. If they did, they would know it was supposed to be REASSURING. It says clearly on page 8 that “this is a time of opportunity.” Duh.

Maybe everyone could use the next eight weeks to learn how to read?

The INTP read the INTJ’s article, but they’re thinking much further out. I mean, the fact that oil prices collapsed just as we hit a major societal snag means the time is right to switch to a new energy source. Wind is nice, but they’re picturing an orbital ring of solar stations that beam energy to receivers on Earth to solve the “cloudy day” problem with solar. There are a few people working on it already, and the INTP is confident this is where we’re headed sooner or later.

That’s just Step 1, of course. We need to terraform Mars, and the sooner the better. ‘Cuz you know what? A virus is going to have a real hard time hopping from planet to planet. Really, space colonization is just a form of life insurance.

A few weeks into the pandemic, the INTP has moved onto asteroid mining — a necessity for any space civilization — forgetting about clean energy.

That’s when they realize they’re out of food, and delivery is canceled. Hmm… maybe a drone could solve this?