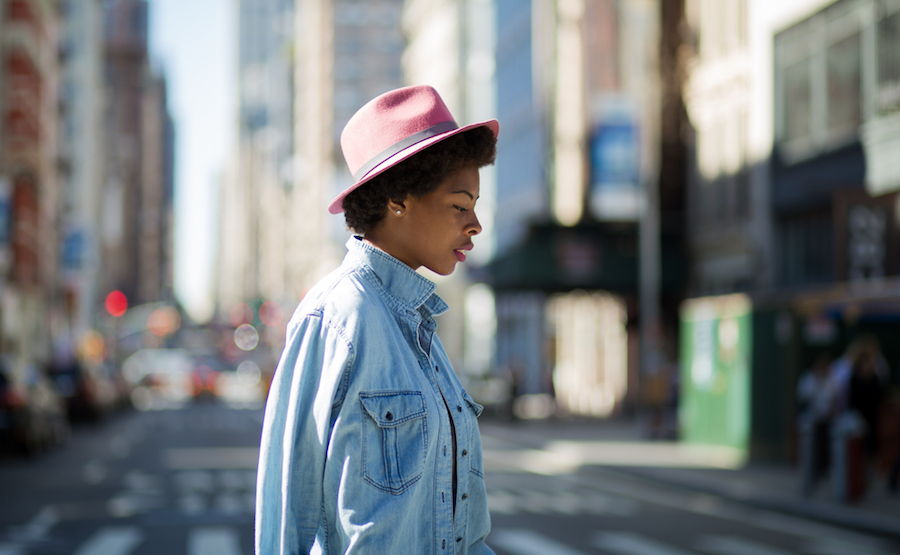 I’ve never had a problem with being alone. On the contrary, as an introvert with the INFJ personality, I need alone time for my sanity, and I thoroughly enjoy it. But what I never realized was that for a long time, when I thought of being alone, what I meant was being alone at home. Or in any case, some place where I felt safe and comfortable.

When I went on my first true solo trip to Australia several years ago, I realized there’s a whole other kind of being alone. When you’re forced to do things by yourself that you would usually do in company, it creates a very different kind of loneliness. Because now, everyone can see that you are alone — and they can judge you for it. I suddenly worried that people would think I was weird for being all by myself.

I still remember the first time I went to the movies all on my own. The employee at the counter looked at me pitifully, as though wondering if I didn’t have any friends that would go with me. When taking my seat, I constantly wondered what the other movie-goers thought of me sitting there all by myself. Only once the film started I managed to relax, because then it became irrelevant whether I was alone or not. I even found I quite enjoyed watching it by myself. It released me from the burden of having to utter an opinion as soon as the credits started rolling.

Maybe it was for that reason that I repeated the experience. Eventually, I stopped caring so much about what other people thought, and it even seemed like people stopped looking at me strangely. Maybe I only imagined they were looking at me pitifully and I got over feeling self-conscious. Or I got so used to their looks  that I quit noticing them. Either way, it has become something I quite enjoy doing occasionally, and not only when I’m abroad.

Eating in a Restaurant Alone Was Harder

However, there are other solo activities that did not come as easily for me. One of them was going to restaurants alone. That was a lot harder, because there’s no film that starts playing, plunging you into darkness and taking your mind off worrying about what everyone else thinks. In a restaurant, your aloneness is publicly exposed the whole time. I was so worried of what people would think of me that I avoided going out to eat by myself for years.

It was only recently that I became more comfortable with dining by myself, and again it happened through solo travel. At home, it would never have occurred to me to eat out without company. But when I was in Barcelona last year, I decided it was time to overcome that fear. After all, I couldn’t go to Spain and miss out on all the great food only because I was too scared to enter a restaurant, could I? Still, the first time I was about to walk inside one and ask for a table for one, I felt miserable. What would the waiter think? The other customers? It surely would be embarrassing!

Turns out, they didn’t think anything of it at all. No one shot me a weird look even once. Waiters were just as nice to me as they were to anyone else, and other guests were more concerned with their own matters than with worrying about me. By and by, I got more comfortable dining on my own. I carried a book with me, and when I started feeling uncomfortable because I didn’t know what to do while waiting for my food, I got it out and read. It helped take my mind off the fact that everybody around me had someone to converse with. When the food arrived, I just concentrated on eating. Dining alone means being able to truly enjoy the flavors without being distracted by conversation.

Sometimes, I would watch the other people, listening to them talking in a language I didn’t understand, and being simply happy to be in a strange city all on my own, with the freedom to eat whenever and wherever. As an INFJ, I can sometimes be almost paralyzed with the fear of what others will think of me. But needing time for myself is an integral part of my personality, and not something I need to be ashamed of. In fact, I believe it is because I’m an introvert that I can enjoy doing these activities by myself so much. Rather than being embarrassed of doing something alone, I’ve come to appreciate my ability to enjoy my own company.

Read this: 21 Undeniable Signs That You’re an INFJ Personality Type

Nele is a traveler, writer, theatre-addict, and bookaholic from Hamburg, Germany. Her travel blog globalintrovert.com started as an escape from her daily office routine but has now become the foundation of a career as a freelance writer, as well as the place where she chronicles her travels around the world and gives advice to fellow introverts wanting to do the same. Her goal is to inspire fellow introverts to live their travel dreams and to view their quiet personality as an asset rather than an obstacle on the road. You can also follow her adventures on Facebook and Twitter.