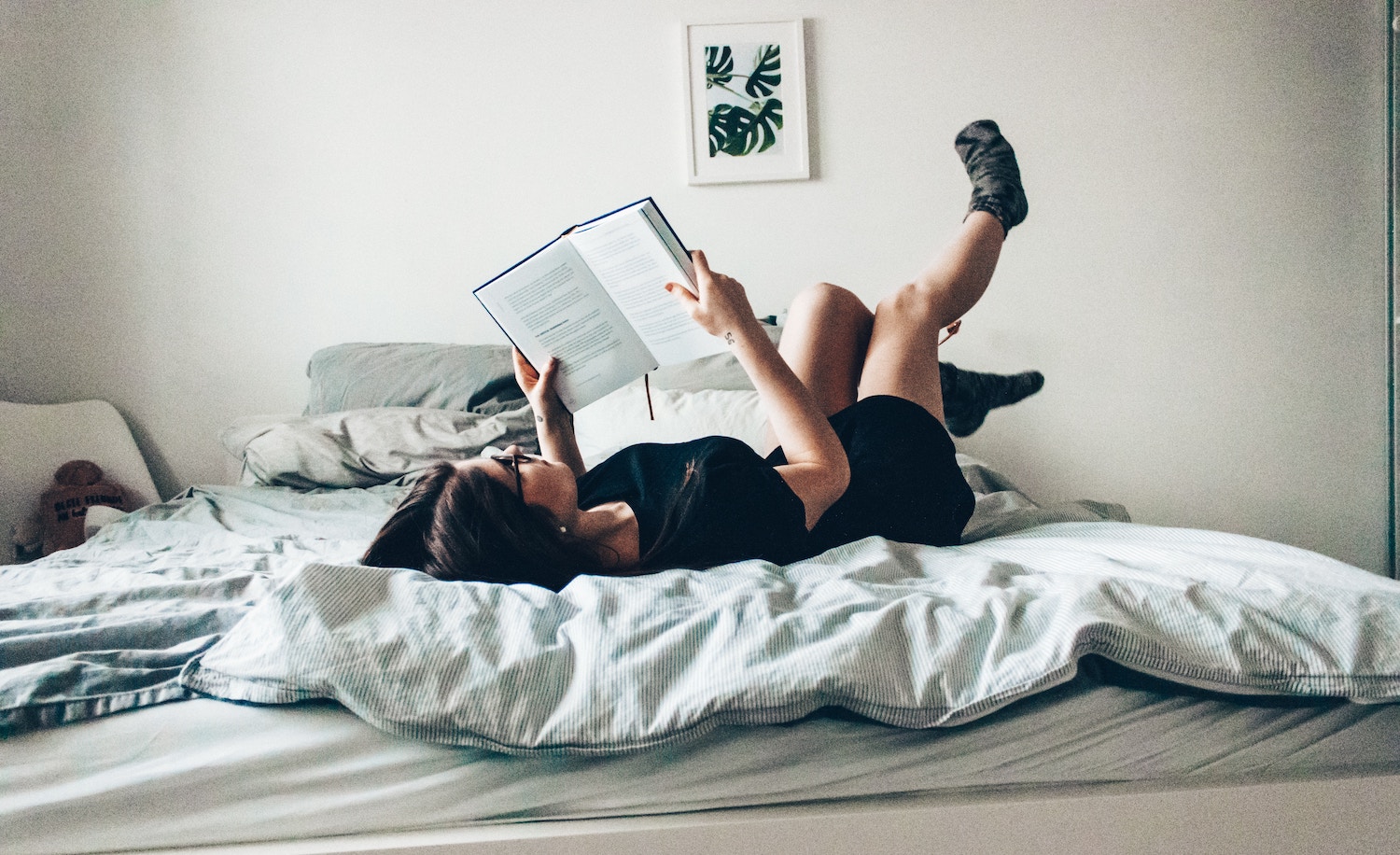 No, of course not. As an introvert, I enjoy being around people, as long as I don’t have to directly interact with too many of them for too long. Like just now (literally just now, hence this article), as I read an invitation to the autumn women’s kick-off event at our community center. “Maybe I’ll actually go to this year,” I thought when I first heard about it. Today, as I ambivalently read the invite, the narrative between the screen and my head runs something like this:

Me: Hmmm, an evening engagement, and on a school night. I really enjoy tucking my young daughter into bed, checking on the animals (we live on a farm), getting ready for bed, and settling in with a good book and a cup of tea before lights out early. I don’t enjoy things that upset this nighttime routine. Strike one.

Sign up for groups, meet the group leaders, and other women!

Me: That’s code for lots of pressure to make small talk. Eh, no thanks.

Me: I’m seeing a lot of exclamation marks, and eating food as I stand around talking to people I don’t know doesn’t make the small talk easier, at least not for me. So, sigh, it looks like I will yet again pass on this event. I can always join a women’s group on the website without attending this large function, so all is not lost.

Why Am I Here and How Long Do I Have to Stay?

Does this scenario ring true for anyone else? We introverts don’t avoid large gatherings entirely, and I’ve definitely attended my share. Some of them have even been fun.

Although the aftermath usually includes a headache and exhaustion from the noise and exertion of coming up with endless things to say to other people, during the actual event, I frequently have a good time. People have even pegged me as an extrovert until I tell them otherwise.

Within the “introvert” category of Myers-Briggs personality types, I’m an INFJ. Coming across as an extrovert to the outside world is the result of the INFJ’s Extroverted Feeling function at work: We greet the world with our emotions, even as our internal battery is slowly (or rapidly) being drained.

Those of us introverts who are also highly sensitive people (HSPs) tend to run out of energy faster than the introverts who aren’t as sensitive to the stimuli swirling around them. HSPs quickly get flooded with the sounds, sights, and smells bombarding them — and can only take it for so long.

I believe the highly sensitive part of my nature is what largely keeps me content in my comfortable home on our farm. Going out into the world can be a great thing, and I do it almost daily for work, but talking on the phone (which isn’t on my list of favorite activities either), running errands, picking up orders, and even selling at our local farmer’s market aren’t nearly as bad as those large gatherings with forced conversation.

It’s really the “forced” part I have the hardest time with. I talk to lots of people at the farmer’s market, but there’s always a purpose to it. I’m being my authentic self, and so are the customers as we converse about what they’re buying, how I grew it, etc. There’s a fundamental connection built around a common goal.

Conversation at social gatherings, on the other hand, is much more vague. I inwardly flounder as I try to appear happy but am really wondering what, exactly, I’m doing there and how long I have to stay.

One other note about social functions: Being an empath, in addition to an introvert and HSP, means that events with lots of people and stimulation can be that much more draining. Empaths, found commonly within the INFJ personality type, tend to absorb the emotions of the people around them. There are strategies for reducing this occurrence that is otherwise automatic for the empath, but at a social event, it’s hard for me to turn it off.

Possibly due to the fact that there are so many emotions swirling around at a party, even if they are mostly positive ones, the sheer number of them assaulting my brain can be overwhelming. This may sound melodramatic to non-empaths, but for those of you who fall into this camp, you definitely know what I’m talking about.

Give Me Time to Prepare, and I Shine

Oddly enough, even as a highly sensitive introvert, I’ve never had a problem with public speaking. The reason is I have a purpose for being up there talking. The public speaking I’ve done focuses on nutrition, which is my educational background, or farming, or mission trips I’ve taken. All of these are subjects I’m passionate about, and I genuinely feel I can help others by sharing my knowledge.

I understand that public speaking is a nightmare for most introverts. But again, having a distinct topic to talk about and a reason for being there, to share information I have that others may be interested in, makes all the difference for me.

Not so with social functions. Even though people will ask me about nutrition, it can quickly turn into them telling me how the keto diet changed their life, or sharing something about the latest celebrity diet they read about (which I don’t keep up with, hence I have little to contribute to the discussion).

If they would like an article written or a speech prepared about it, however, that’s no problem! It’s the off-the-cuff speaking that can be difficult for me, in typical introvert fashion. But give us “quiet ones” time to prepare, and we’re much more at ease.

The knowledge of what the “afterparty,” so to speak, will look like for me is what keeps me from joining in many social events. I just don’t want to deal with the overstimulation during the event that leads to fatigue afterwards. I don’t have time to take half a day off to recover from it, which is what I would need, especially if the event was an evening one. (Like many HSPs, I don’t do well with a lack of sleep.)

Evening events pretty much always involve some measure of lost sleep, and I know that I’ll be paying for it the next day. If I had fewer obligations at home, it would probably be different. But for those of us who have a spouse, children, other significant people in our lives, jobs, etc., the exertion of a busy social life doesn’t always make sense.

Now, if a good friend calls me to chat or wants to grab a cup of coffee — or better yet, has a problem I can help with — sign me up. As long as it doesn’t involve more than three people, please.

From the editor: Please note that in this post, we’re using the word “antisocial” to mean what Merriam-Webster defines first and foremost as “unsociable.” This is different from antisocial personality disorder.

Cara is a writer, registered dietitian, and farmer who resides in rural southwest Ohio with her husband, daughter, and a bevy of assorted animals. In addition to writing about introversion and history, she also loves to read, cook, quilt, and play outside.