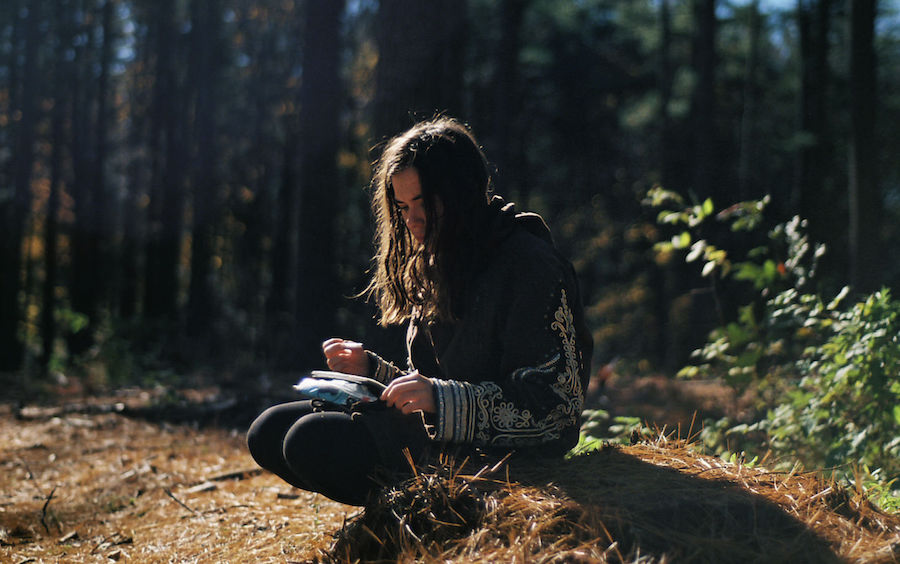 It’s been over twenty years but I can still remember the painfully introverted little girl I had been in pre-school. One memory still stands out to me. I’d drawn my teacher a picture but couldn’t find the courage to give it to her. I decided to write her name on it and sign my own and put it in a place where I knew she would find it.

My teacher did find it but didn’t realize what it was, so she put it in my backpack thinking it was just another piece of artwork that I’d made. I was disappointed but decided to try again. I ended up doing this about four times over the course of a week. I would leave it somewhere and each time she would find it and put it back in my bag.

Finally, she’d had enough. She came up to me one afternoon clutching the drawing and asked me, in an irritated voice, “Marisa, did you lose this again?”

I wanted to explain. I wanted to tell her that I’d drawn it for her and wanted her to keep it, but all I could do was nod jerkily and take the picture and shove it into my bag with a face as red as a beetroot. I didn’t try to give it to her again. I’d been called out and was too embarrassed to draw any more attention to myself.

It can be hard to find a voice to speak up with when you’re an introvert.

How Writing Saved Me

Growing up I didn’t have the courage to speak up much. I was desperately lonely and kept to myself. I wanted to make friends but I didn’t know how to approach people. I knew the other kids thought I was weird and I didn’t blame them. Since I had no one to play with, I decided to make up some imaginary friends to keep me company. I called them the Tinkerbelle Sisters. I was an imaginative little girl. I would sit on the top of a pair of monkey bars each lunch break and happily talk aloud to myself, coming up with new stories about the Tinkerbelle Sisters. Being the little girl on the playground who talked to herself did not help me make friends.

I knew the other kids thought I was strange but I didn’t care. I told myself I didn’t need friends because I had my stories. I shut myself away from the world and stopped trying to make friends and focused entirely on coming up with more adventures for the Tinkerbelle Sisters.

When I was 12, I started writing those stories down. I was still being bullied and I didn’t have any friends, but I had my writing to focus on. My stories provided me with a wonderful distraction and an escape. The library at my school became a refuge for me. I would go in there every lunch time and hide from the other kids.

When I entered high school, I was proudly calling myself a writer. At the age of 13, I started work on a novel that I called the Secret World. It was about a shy, unpopular girl called Amber who liked to write stories. Amber writes a story set in a medieval fantasy world starring herself as the leader of a rag-tag group of rebel fighters who are waging a war against an evil prince. She accidentally gets sucked into the world of her book and has to take on the role of her character to survive. The only way for her to get back to the real world is to find the courage to lead her rebellion to victory and defeat the bad guy and finish the plot.

I didn’t realize it at the time but I was really writing about my own secret desires. I wanted to find the courage to stand up and be noticed. I wanted to find a voice to scream with. I wanted friends. I wanted to be popular. When I think back to that girl now, I wish I could give her a hug and tell her it is going to be okay.

I think being so socially isolated growing up helped turn me into a writer. I am thankful for that. I think writing saved me. It gave me a distraction. It gave me a confidence boost. Before I got into writing, I used to spend my lunch times at school locked in a stall in the girl’s bathroom. I used to tell Tinkerbelle stories to myself in there to distract myself from how miserable and lonely I was.

Writing made me happy… for a time. All of that changed when I met my husband. I suddenly didn’t want to spend so much time writing anymore. I wanted to do things with him instead. This made me question a lot of things. I tried to sit down and force myself to write but the enthusiasm I used to have just wasn’t there anymore. It took me a while to figure it out, but one day it finally dawned on me: I was happy.

It takes a long time to write a story. You have to devote a huge chunk of your life to it. I realized I wanted to spend that time with my husband instead.

I wrote fiction as a kid because I was lonely and miserable. I was too shy and introverted to make friends, so I filled that void with writing. But things have changed now. I have a husband and a beautiful daughter. I drifted away from writing for a time because I didn’t want to spend hours shut away from the world. I wanted to spend it with them instead.

I eventually realized that what I should be doing is balancing writing with relationships. Introverts are people. We need our “me” time but we also need friendship and relationships. I changed the way I did things and managed to find a balance between my writing and my family.

I do still write. It’s a good outlet for me. It’s part of my identity. It’s who I am. It gives me the voice I didn’t have as a kid. I will always be a writer. But it’s nice to give it a rest sometimes and enjoy spending time with the people I love.

Read this: I Was Bullied in School Because I Was a Shy Introvert

Marisa Quinn-Haisu is a freelance writer who lives in Perth, Western Australia. She is a fiction writer, blogger, and freelance journalist.