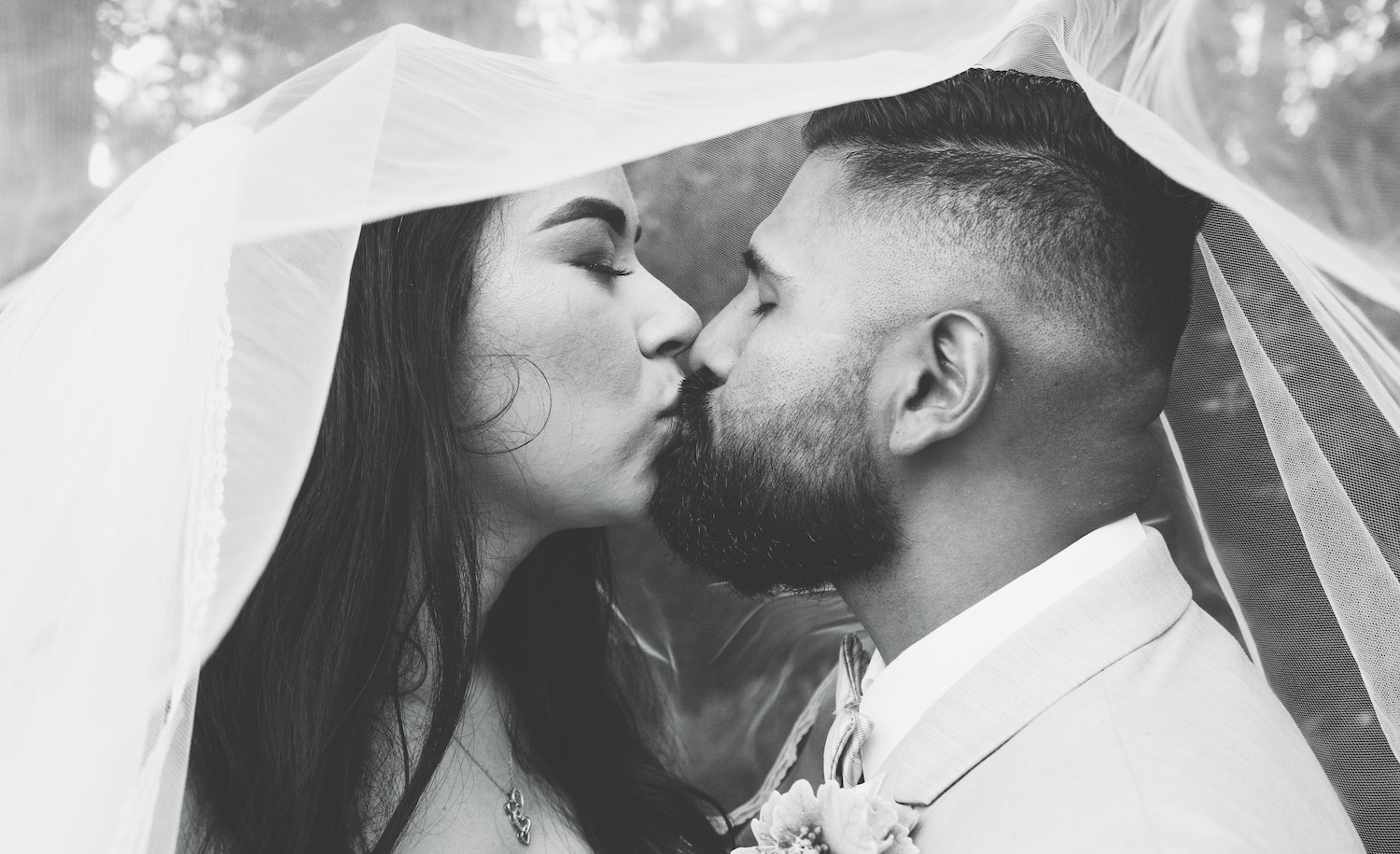 “Opposites attract” may work in movies, but in real life, it can be a minefield.

I was thinking of calling this article, So I Married an Extrovert, and Other Horror Stories. I changed my mind because I didn’t want to hurt my husband’s feelings. Sometimes, as an introvert, what’s funny to me is very unfunny to him. Sometimes, though, revenge feels good for all the crap he’s put me through.

I Had No Idea I Could Ask for What I Wanted

Relationships are tough no matter what. “Opposites attract” may work in Hallmark movies, but in real life, it can be a minefield. Throw in two radically different personalities without some self-awareness, and relationships can go kaboom.

My husband and I have been together since we were 16 years old. He had a crush on me during most of grade 12. I was pretty oblivious since I spent most of my years getting used to the fact that I was noticeably different from almost everyone else. That meant being excluded, ignored, or worse, outed for being weird. I kept my head down and tried my best to stay invisible, meaning, I missed him making eyes at me. He asked me to prom, and the rest is history. A complicated, occasionally rocky, yet worthwhile so far, history.

Looking back, I would say that for the first part of our relationship, I behaved pretty badly. Part of that was feeling misunderstood, part of it was a real lack of self-awareness on my part. I was used to acting like a chameleon to try to fit in, becoming what I thought other people wanted me to be.

Suddenly I had this person who was really into me, and the power of that went to my head. I had no idea it was okay to be me and ask for what I needed. In fact, I didn’t really even know how to be me. Instead I wanted a mind-reader who knew what I wanted or else. That is not a formula for long-term relationship success.

Discovering My Introversion Changed Everything

We’ve been together for over 30 years now, and I’ve learned a lot in this time. I had to, or this marriage would never have worked. Part of that was maturity and life experience, and another part was doing a deep dive into my introverted personality (INTJ). I did a Myers-Briggs workshop as part of a team building exercise at work, and it was mind-blowing.

I learned that, depending on your personality, you perceive the world and process events completely differently from most other people. It not only opened a world of discovery into myself and my very particular nature, but also into other people. That was huge.

For example, instead of feeling irritated when people talked a situation to death (in my mind), I began to understand that they needed to do that to feel okay. I felt more compassion for other people, and realized it’s up to me to choose how to receive things.

I think it’s important to note that no one should be defined entirely by four letters. We are way more deep and complicated than a page-long summary of characteristics. Instead they should serve as a guidepost into why we act like we do in certain situations.

I had spent years hearing from friends, family, and coworkers that I was reserved, secretive, “antisocial.” Like there was something wrong with me for hating small talk in the lunchroom at work, or avoiding social events if I didn’t know enough people going. It was a huge relief to know there was an explanation for some of my “quirks” — I am an introvert.

Our Misunderstandings Degraded Our Relationship

When it came to my extroverted husband, I suddenly understood why I felt so anxious and mad when he invited people over without talking to me first. This is a guy known for making a friend while in the bathroom at a movie. I find the idea inexplicable, I mean, how do you even initiate a conversation in that scenario?

I remember my horror once when we were camping and a couple of total strangers strolled onto our site. My husband had invited them over for drinks. Without talking to me first. That was a blow-out fight for us. I was upset that he didn’t ask me if I was okay with it. He assumed since it was good for him, it was good for me, too. He totally didn’t get why it was such a big deal, and I was crappy at explaining it to him.

This is one of many instances that began to degrade our relationship. Instead of being united by our common interests, we were getting divided by our differences.

I wasn’t ready to quit him, though, and I knew our issues had a lot to do with my issues. So in my logical, analytical way, I started really thinking about how we could move forward together, instead of endless hurt feelings and cold shoulders.

Here’s what I figured out, in no particular order:

I did not marry a psychic. My husband can’t read my mind. I actually have to use words instead of assumptions to help him understand me better. And because he loves me, he wants to understand me. Here are some examples of what I have asked him for:

2. Setting clear boundaries is my right and responsibility.

I realized it’s not fair to surprise people, especially the ones you love, with reactions that seem to come out of left field. I set a boundary years ago that if you can’t see the bottom of my coffee cup, I am unavailable for any sort of interaction (unless something is on fire or someone has a bone sticking out). No surprises, this is always my rule.

I hate being interrupted, whether I’m writing an important email or just a grocery list. My husband forgets sometimes, but since I’m clear about my boundaries, his feelings don’t get hurt when I tell him to get lost until I’m done.

Self-awareness has played a huge part in making our relationship better. This will be an ongoing, lifelong process. Learning about introversion was huge for understanding how I relate to people and what I need. It’s something I use as a guidepost to figure out how to best meet my needs for quiet, focus, and time to think things through, while also being a good partner to my spouse. It is not something to use as an excuse for bad behavior.

4. Compromising isn’t about giving in or undercutting yourself.

It’s about making concessions sometimes to show your partner that you value them. Sometimes I do go look at the biking video my husband wants me to watch — even if it’s interrupting my quiet time — because it’s important to him. It’s really no big deal for me to spend a few minutes doing what he wants. It also means we usually take two cars when we go to a social gathering. This way I don’t feel like I’m forced to stay too long, and he doesn’t feel forced to leave too soon. A proper compromise is a win-win situation, or at least a neutral-win.

Facebook and Google are turning their backs on small publishers. Many of you have complained that you no longer see our posts in your news feeds. But you can still see our posts — by subscribing to our FREE weekly newsletter. Click here.

It’s Not Perfect, But I’m Happy

Relationships are hard work. They have ups and downs. They change and evolve as we mature and learn more about ourselves and each other. I’m deeply grateful to have a husband who tolerates me when I can’t be around other humans for even one more second. I feel like he’s so worth the effort of being the best partner I can be.

Communication and compromise are major players in our relationship success. So is understanding our own motivations, perceptions, and needs. Instead of assuming that my husband should automatically know how I’m feeling or what I need, I tell him. It’s really that simple. The catch is, he has to respect my ask. And it’s not all about me.

I also try to give him what he needs and wants. I can be crap at telling people I love how great they are — I assume they must already know. It’s important to him, though, so I make a point of using my words instead of being happy with him inside my head. It’s not all smooth sailing, I still have to put myself in a time-out occasionally, and he can still push my buttons more than I like.

We are hugely different people united by our common interests and the life we have created together. We love each other enough to do some give and take. We keep on working when the balance shifts too hard to stay the course. And we forgive each other and ourselves for sometimes not always doing things exactly right.

Barb Mackay is a nurse, mother, wife, and hardcore introvert. She reads, writes, and avoids small talk at all costs. You can find her on Facebook and Twitter.