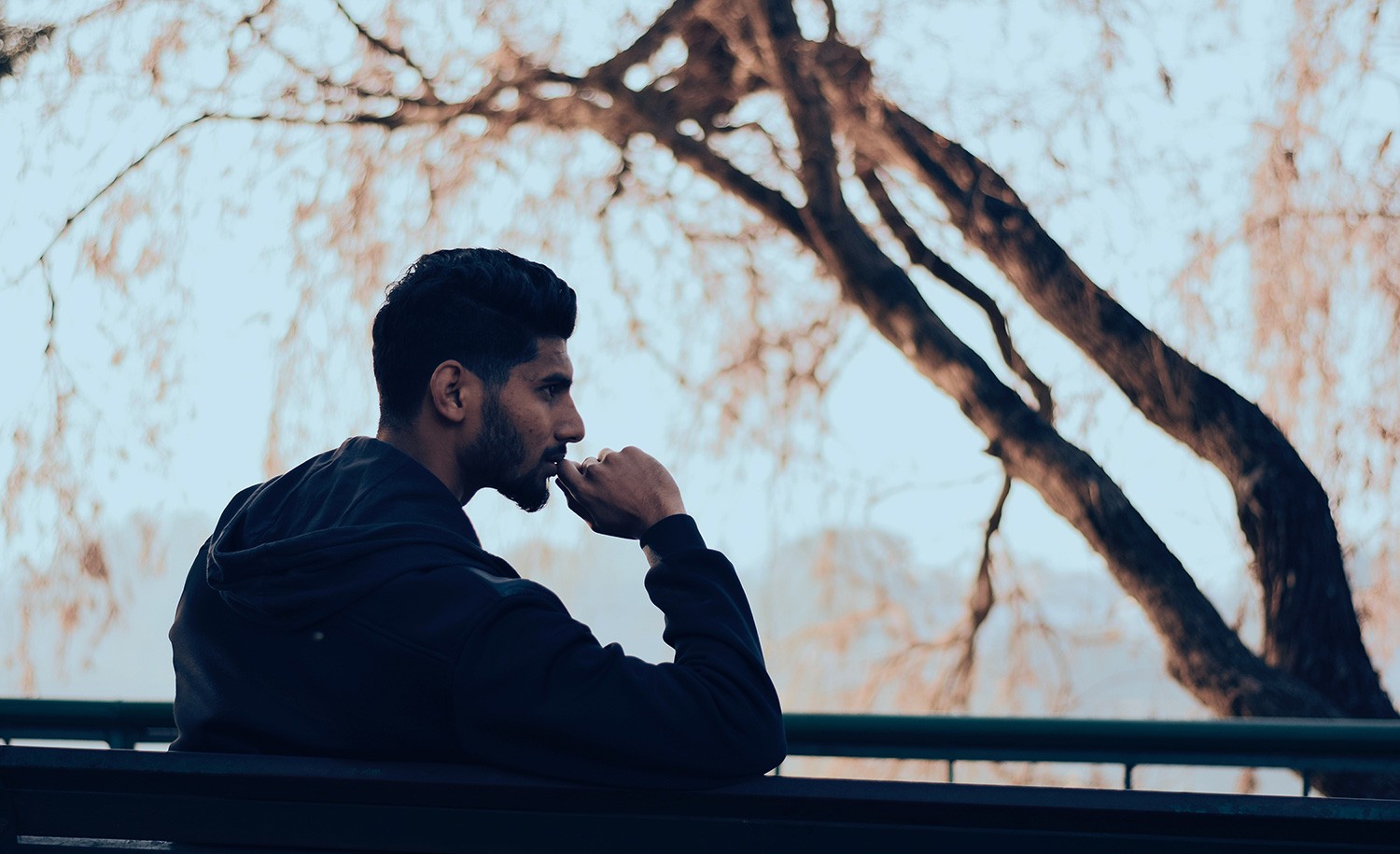 As introverts, most of our lives take place within our own heads, which means we can get stuck in indecision.

Sometimes, the world is unfair to introverts. While introversion is simply a personality trait characterized by looking inward for energy and rejuvenation instead of outward, it has also become synonymous with other traits that we see as flaws: shyness, awkwardness, disinterest in others, fear, quietness, and of course, indecision. Overall, the dictionary definition of introversion causes more confusion than clarity when it comes to what introversion actually is.

The truth is quite simple: As introverts, most of our lives take place within our own heads, a truth that leaves extroverts confused and introverts misunderstood. We’re not necessarily shy; we just enjoy spending time alone. We are actually interested in people, just not the meaningless small talk that impedes getting to really know someone. We aren’t quiet; you just can’t hear the endless inner monologue we are constantly having with ourselves. And, believe it or not, most of the time, we really do know what we want.

So why do we introverts so often struggle with decision-making?

It’s a fascinating phenomenon that I suspect most introverts deal with. I can’t even begin to count how many times in my life that I’ve been given the choice between two things — or sometimes more than two things — and I feel stuck in indecision. But as soon as random chance (or another person) makes the decision for me, clarity hits me in the face. And I look back and realize that, deep down, I really did know what I wanted the whole time.

Why does this happen? Why am I so uncomfortable announcing to the universe what I want? Why do I always seem to second-guess myself when my gut is practically screaming the answer? Here are some of the obstacles I’ve faced when it comes to decision-making — and ways that I’m working on overcoming them. And you can, too.

4 Ways Introverts Struggle With Indecision — and How to Overcome Them

1. You don’t want to appear rash or irresponsible.

Sure, choosing between two restaurants is no big deal in the grand scheme of things. But choosing between two jobs? Two cities? Whether to stay with someone or leave them? I can’t just make these decisions right away! Instead, I need time to think about them. I need to make a list. I need to consider what will happen after the decision is made. That’s what responsible people do. Never mind that my mind has been made up from the very beginning. A quick decision is a bad decision… right??

The solution: Know that just because a decision comes quickly does not make it rash or irresponsible. Deep down, if your heart is telling you which job to take or which city to move to or which relationship to end or begin, don’t let the raised eyebrows of the people around you keep you frozen in place. Your intuition is one of the most powerful tools you have as an introvert. Don’t let anyone else’s opinion get in the way of it!

2. You worry that the thing you want might not be the thing that’s best.

Eight years ago, I received two offers to attend grad school from two different schools in two different cities. On paper, there was one clear winner: The scholarship was better; the city was closer to home and I knew people there; and I’d had a great interview with the department head. There was absolutely no reason to decline the offer. And yet I will never forget the sinking feeling I had when I sent that email saying how happy I was to be joining them in the fall. I didn’t sleep at all that night. I knew I had made a mistake. I didn’t know how I knew, but I knew.

After an agonizing week of analyzing… and then re-analyzing… and then over-analyzing, I made my final choice. I would be attending grad school in a city 1,000 miles away from my hometown, where I knew no one and would need to take out a loan to survive. Not a single person in my life thought this was a good idea. I don’t blame them. There were many times that first year that I spent huddled up under a blanket in my tiny apartment while my husband worked a third-shift job in a foot of snow and I wondered if it really had been a good idea.

But, slowly, life began to reassure me. We found jobs. We met some of our dearest friends. We adopted two cats and, more importantly, two children. And I am forever grateful to my instincts for somehow knowing all along where I needed to be (and also to my husband for somehow knowing I was right!).

You have to be able to actually live with the consequences of your decision, and you can’t live your life to the fullest if it’s filled with regret.

3. You worry that the thing you want will disappoint others or make their lives more difficult.

When my husband asks me what I want to eat and I say, “I don’t know,” I’m almost always lying. The truth is, I know exactly what I want to eat. I want a cold brew from Starbucks and fries from McDonald’s and lamb saag from our favorite Indian place and a Vanilla Coke Zero, which we will probably have to visit five different grocery stores to find. At any given moment, there is a 95 percent chance that is what I want to eat.

But I can’t just speak up and say that. What kind of inconsiderate person asks their partner to drive around to three or more different restaurants just to satisfy their weird cravings? What an inconvenience that would be for him! I can’t put him through all that trouble.

The solution: Compromise, compromise, compromise! Yes, sometimes the thing you want is impractical or even impossible. But that doesn’t mean you have to abandon it altogether. You can both be happy and have part of what you want (a Starbucks cold brew pairs pretty well with pretty much anything that my husband might want to eat, after all!)

You can take time to look for something that is less expensive, but still pretty close to the thing you want but can’t afford. You can acknowledge that you can’t have what you want yet — but you can make it a goal for the future. Life is rarely an all-or-nothing affair. Compromise isn’t failure!

4. You are sometimes wrong, and that terrifies you.

I am not perfect — and neither are you.

Ten years ago, my gut told me to keep chasing a man who strung me along for months before finally breaking my heart. Five years ago, my gut told me to take a part-time teaching position at a college an hour away with crappy pay and 60 students’ assignments and quizzes to grade every week. (Meanwhile, I myself was still attending grad school, all because I thought it would look good on a resume; it only lasted one semester, thankfully.) Sometimes, my gut is just flat-out wrong. Yours is, too. It happens.

The solution: Embrace the “wrong” as part of your growing process. Accept the fact that sometimes you will make mistakes. Give yourself permission to make the wrong decision (like being strung along by someone). When you allow yourself to make mistakes — and then you admit to making a mistake and reflect on it and learn from it — it’s pretty unlikely that you will make the same mistake again. I’ve learned not to let anyone else string me along or gaslight me, for example.

All four of these struggles are real for most of us, and they are all bad reasons to not make a decision. People might think you’re irresponsible. It might not be what looks best on paper. It might disappoint or inconvenience someone. You might be flat-out wrong.

But be brave and choose it anyway. As an introvert, you are naturally more in-tune with your inner self and your intuition is one of your greatest strengths. Don’t be afraid to use it to guide your decisions. As a result, it’ll make your life — and other people’s lives — better!

I am a writer and lover of both music and words! I graduated from the University of Cincinnati College-Conservatory of Music with a doctorate in music composition in 2018. My husband and I adopted two little girls that we love more than anything and two cats that like to lick the butter off my toast when I’m not looking. I am the author of the young adult fiction novel Liam’s Town (June 2020) and have a second novel coming out at the end of this year. Learn more about me at WritingMarissa.com!