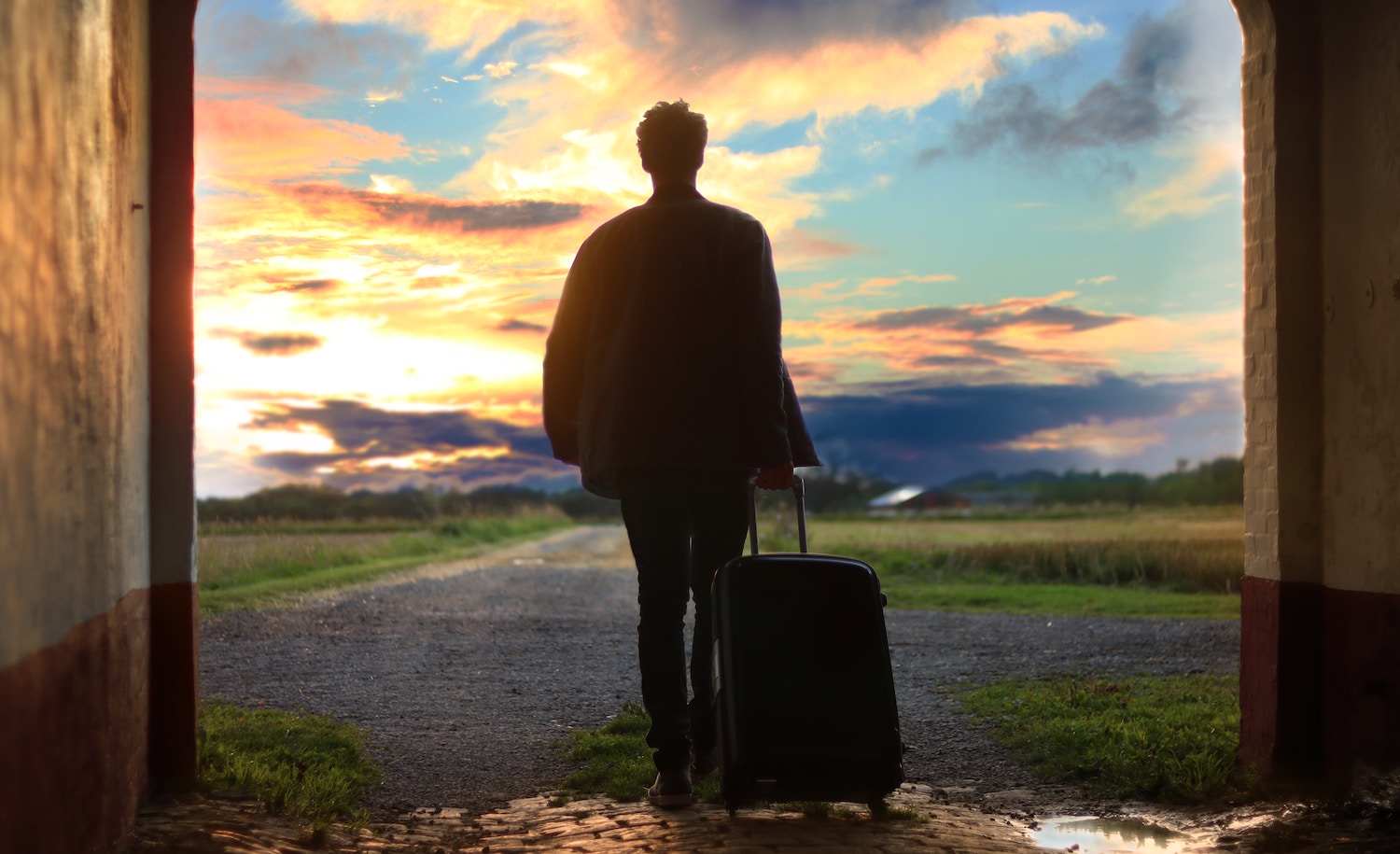 A few months ago, while staying in a hostel in Cordoba, Argentina, I made friends with some fellow travelers. During breakfast, they asked if I wanted to join them later for some activities, although they weren’t quite sure yet what those would be. I said sure, why not, thinking it might be nice to do something with others after having traveled solo for quite some time.

Later, my roommate, who was part of the group I had agreed to join, told me they were headed to the park. Sounded good to me, so off we went.

It wasn’t long before I encountered the first surprise. Instead of heading to the city’s park, as I had expected, we stopped at the bus terminal. Turned out, we weren’t going to the park after all, but to some other town about an hour away from Cordoba. Instead of hanging around a bit in the nearby park, where I would have been able to leave at any moment, I now had to spend at least half the day with these people that I hardly knew — and that I wasn’t at all sure after our short walk to the bus stop I had much in common with.

That moment, the bus arrived, and I had to make an on-the-spot decision whether or not I wanted to get on it. What should have been a simple yes or no answer turned into a painful inner debate for me. After some excruciating moments, in which everyone else was already getting comfortable on the bus, I decided to stay behind and returned to the hostel.

The very next morning, I joined a walking tour through Cordoba. The guide mentioned a folklore festival in a nearby town that sounded exciting. After hearing that some other women on the tour were also interested, three of us spontaneously decided to go that same evening.

So why was I able to do a spontaneous out-of-town trip one day when I couldn’t do it the day before? The answer is simple: I’m an INFJ, and that second day, I had time to think it through.

As an INFJ, one of the 16 Myers-Briggs personality types, my “Judging” nature likes to plan ahead and know beforehand what’s going to happen. And it’s not just my INFJ nature, but my introverted nature, too. Many introverts like planning ahead, especially when it comes to socializing, regardless of their personality type.

While I wouldn’t necessarily call myself an orderly person — and neither would anyone else who has ever seen my desk — I do like to plan. In my head, I’m constantly working out schedules and to-do lists, from tasks for the next five minutes to complex visualizations of what the next five years should look like. Obviously, these arrangements get adapted as things develop in different ways and situations change, but the point is, the plan is always there — even if I don’t write it down.

When something unexpected comes up, I need time to mentally adapt my plans to include this change, or decide to stick with my original idea. Thus, when my roommates in Cordoba wanted me to spontaneously jump on the bus with them, I had neither enough information nor enough time to make these inner adjustments.

First, the bus was already there, and we had to get on right at that moment, so there was no time to think it through. When I’m pressured into making a decision of any kind, my gut reaction is usually to say no. And then run away and find a quiet space where I can think in peace and quiet.

It’s the same reason that I hate going shopping in stores where I’m being watched by “helpful” employees or looking at a restaurant menu while the waiter is hovering over me, trying to convince me to come inside. The more pressure there is to decide RIGHT NOW, the more my mind goes blank and my flight instincts kick in.

But to come back to the get-on-the-bus-or-not-get-on-the-bus question, even if I had been given a few moments to think about it, I was lacking some vital information. None of the others seemed able to tell me exactly where we’d be going or what we would do once there. All I could get out of them was that there apparently was a lake and a lot of bars. Well, bars aren’t my favorite places anyway, and “some lake” wasn’t enough to incentivize me to go.

What Made the Difference for Me?

If they had told me in the morning where they wanted to go, and thus I had time to think it through and find out exactly what would be expected of me there, I might have happily joined in the fun. But at that moment, it was simply too much spontaneity that they asked of me.

In contrast, when I went to the festival the next day, there was plenty of time to mentally process it. First, there was already some time between the guide’s first mentioning it and the end of the walking tour to contemplate the matter and to talk to the others who were interested. Then, after the tour, we each went to our respective accommodations and checked the festival online to figure out prices, bus connections, and other technicalities.

As the festival didn’t start until evening, we had a couple of hours left before we would have to leave. Even though we had basically all agreed to go that morning, we exchanged several messages now to finalize this decision. Thus, I had plenty of time and opportunity to get all the information I needed, then contemplate on my own whether or not I wanted to go before confirming it.

I ended up having a great time that night.

Give Your INFJ Time to Adjust

I’m not saying I always need several hours to think about anything that comes up, but I do need a moment to adjust the plans I had made in my mind. Even if those plans are only Netflix and ice cream.

On both occasions I described, going would have meant not being able to go through with the day as I had originally envisioned it. If I had spent the day with my roommates, I would not have been back at the hostel until evening and not been able to do much else that day. Going to the festival the next day equally meant being out all night, which was certainly not what I had envisioned to do that evening when I headed out in the morning, but thanks to having some time by myself, I could adjust my plans and go through with it.

As it turns out, I can only be spontaneous up to a certain point. I need a little time to think, a little time to adjust and adapt my plans. Lacking that, I’m much more likely to say no, if only out of sheer panic about all my plans being overthrown — no matter what those plans may have looked like.

So please, next time you surprise an INFJ with a spontaneous outing (if you need to do that at all), give them a moment to adjust to the idea. They might very well love it in the end, but you need to give them time to get used to it.

Nele is a traveler, writer, theatre-addict, and bookaholic from Hamburg, Germany. Her travel blog globalintrovert.com started as an escape from her daily office routine but has now become the foundation of a career as a freelance writer, as well as the place where she chronicles her travels around the world and gives advice to fellow introverts wanting to do the same. Her goal is to inspire fellow introverts to live their travel dreams and to view their quiet personality as an asset rather than an obstacle on the road. You can also follow her adventures on Facebook and Twitter.