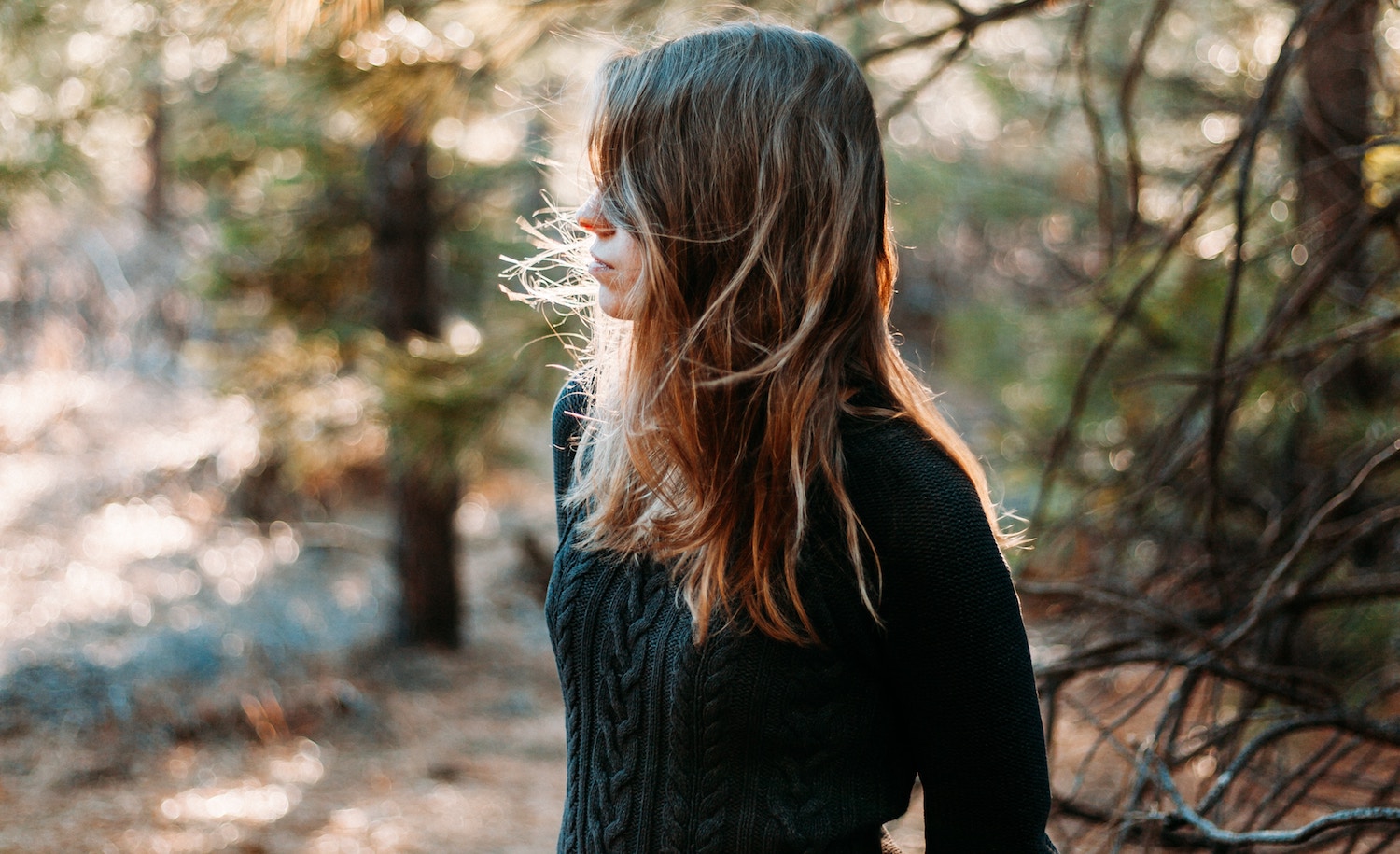 I was born into a loud family. If you don’t know one, you’ve definitely heard one: slamming screen doors, wailing toddlers, teenage daughters crawling out of bedroom windows when the rest of the neighborhood is asleep. It’s constant screaming, stomping feet, rock and roll — an introvert’s nightmare.

My relatives are what I like to call “neurotically verbose.” If they aren’t talking, they’re panicking over the silence. Whenever I sit taciturn at family gatherings, they wonder what’s wrong.

Because I grew up in this extroverted, overstimulating petri dish, it was a long time before I was able to identify as an introvert and accept myself as such. Along the way, I realized four essential truths about being an introvert.

1. Silence is not necessarily an indication of anger, insecurity, or discomfort.

“Are you mad at me?” my mother asked. We were in the car, running errands, and I’d been quietly listening as she chatted about the weather, ranted about work, and rattled off her grocery list for the third, fourth, fifth time.

“You’re not saying anything.”

I may as well have told her that I’d eloped with an alien and was moving to the moon. To this day, my mother genuinely doesn’t understand my disinclination to talk — or, rather, my inclination to listen, to value depth over breadth in conversation, and to consider my words carefully before I speak.

She still insists that I am not an introvert, but an extrovert who’s shackled in shyness and insecurity.

In many ways, I think this hurt her as much as — if not more than — it hurt me. In my eyes, it was a standard case of not being understood by one’s parents. In her eyes, she was missing the deep, personal connection that every mother wants with her daughter.

In her eyes, I was shutting her out.

So my dilemma was this: How do I bridge the communication gap between us? How do I foster meaningful relationships with my friends, family, and coworkers while staying true to who I am?

At first, I tried eschewing my introverted nature and yielding to a more extroverted lifestyle. Which brings me to my next truth…

For many years, I thought my mother was right. I tried to stretch myself into the gregarious person that my mother hoped I would be by throwing myself into clubs, cliques, parties, and relationships.

I struck up conversations that I didn’t want to have. I practiced my social skills and learned all the rules of small talk. My new motto was, “Fake it ’til you make it.”

If my introversion makes everyone else uncomfortable, I thought, then clearly there’s something wrong with me. My brain must be underdeveloped. Did someone drop me as a baby? Did mom smoke when she was pregnant?

I pushed myself to be better; to laugh the loudest, to think on my feet, to command attention, to fill every moment of my life with new people and more friends. But day in and day out, I felt exhausted, depressed, and disconnected. I never felt like I was being honest with myself or with others.

But there was one thing I was becoming more sure of: that living authentically meant more to me than being understood by my family, accepted by my peers, or valued by the world.

3. Bridging the gap between introverts and extroverts is easier than you think.

It’s no secret that trying to become someone you’re not will make you miserable. After long days, boozy nights, shallow relationships, and an enduring self-hatred that seemed to chew through every last good thing in my life, I decided to be honest with myself and others.

This began, simply, with saying “no” more often. When all I wanted was to stay home, order pizza, and watch Forensic Files, I rewarded myself with that small luxury. When spending my lunch break pouring over a new book was more appealing than going to a restaurant with coworkers, I found a quiet room and read. When I didn’t have anything to say, I didn’t speak, I didn’t panic, and I didn’t punish myself.

I studied introversion and extroversion and strove to understand the differences between the two. When I learned that one out of every two or three people is an introvert, it was a huge weight off my shoulders. My quiet, thoughtful nature was not a deformity or an aberration. Rather, it was a common, natural temperament.

This knowledge helped me stopped resenting all the chatty extroverts who kept inviting me to parties. After all, they were just being themselves.

When I gained a deeper sense of empathy for myself and others, began living with more integrity, and started radiating my own quiet confidence, I found that bridging the gap between introverts and extroverts wasn’t the herculean task I expected it to be. My label shifted from “shy and insecure” to “quiet and mysterious.” People began asking about the books I was reading or the work that I was doing, and this lead to easier, more meaningful, and more enjoyable conversations.

4. Introversion is not a barrier to success.

I’d learned to be myself, to communicate the way that worked best for me, and to foster more meaningful relationships with introverts and extroverts alike. But I still worried that extroversion was the favored personality type in the workplace, and even, maybe, in the world.

At home, at work, and in school, I was told countless times in countless different ways to be more extroverted. In high school, my teachers told me to speak up, to be more outgoing. “You’re so smart,” they would say. “It’s a shame you don’t share that with the class.”

Too often, intelligent, talented people have their self-esteem knocked out from under them by being wrongly told that introversion is a weakness.

But the only time my introversion has ever been a roadblock to my success is when others doubted me or I doubted myself. Otherwise, I harnessed my skills, found my passion, and reached my goals — all while accepting introversion as a precious and essential piece of my identity.

The Quiet Truth: Introversion Is a Gift

Have you ever heard the phrase “scary quiet”? There’s a reason that many people find silence unsettling: When we turn down the radio, mute the television, and trail off our sentences, all that’s left is our own thoughts. Our fears, doubts, and anxieties are amplified in that moment, and if you’re not brave enough to confront them, the silence will drive you nuts.

In my opinion, introverts are the lucky ones, because we’ve found a friend in silence. And the truth is, that will terrify everyone who can’t or won’t understand it.

Introverts, don’t be afraid to push back when people tell you to change. Don’t be afraid to cancel out the noise and do what feels natural to you — because accepting yourself as the earnest, intelligent, and gifted introvert that you are is the best thing you can do for yourself.

Elizabeth Burnam grew up in a trailer park in Jamesville, New York, keeping secrets and getting her feet dirty. In May of 2018, she graduated from Champlain College with a degree in Professional Writing. Today, she works as a copywriter at a marketing agency, where she continues to live with empathy, introversion, and integrity.