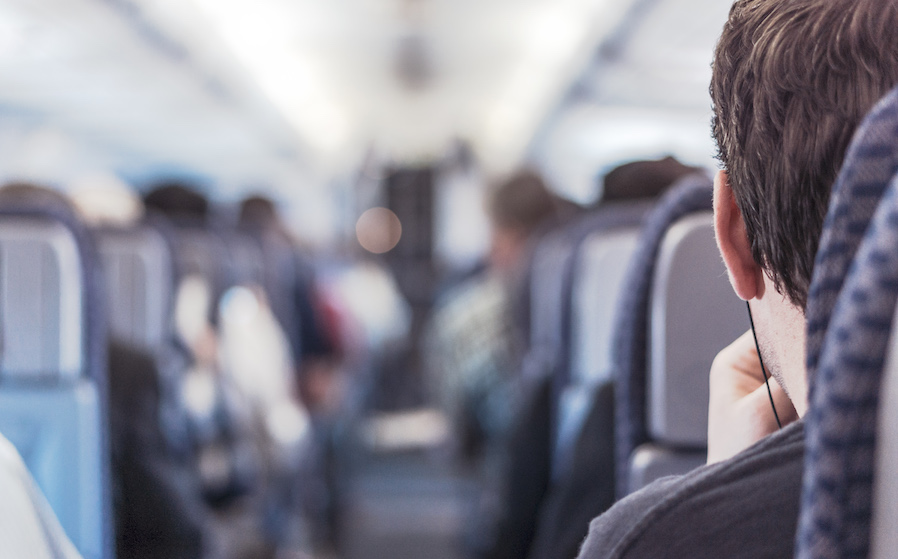 In the 21st century, everyone flies. Babies, business people, retirees–everyone. Airlines have it tough as they try to get people of all ages, backgrounds, and–perhaps most importantly–personality types from Point A to Point B without incident. Some of these personality types are more vocal than others about what they like and dislike about flying. It’s no surprise that the “squeaky wheel” types are usually the ones who get the grease.

Among the non-complainers are the ISTJs, who make up more than 10 percent of the population. We aren’t the sort who demand free air miles or pen letters to corporate, but that doesn’t mean we don’t have some things we’d like airlines to address. Here, then, are four things every ISTJ has experienced while flying (that we wish airlines would fix):

1. Thinking we’d all be safer with an ISTJ seated in the emergency exit row.

Before howls begin to rise from non-ISTJs who enjoy extra legroom and a quick emergency escape, let me clarify. I’m not saying that emergency exit rows should be made ISTJ-only, nor that other personality types can’t function in serious circumstances. What I am saying is that ISTJs possess certain traits that make them ideal candidates for these important positions.

For starters, we ISTJs are all about following through on our word. If we’ve said that we’re able and willing to fulfill certain duties in a crisis, you better believe that we’ll do exactly that when the time comes. We’ll know how to do it, too, because we don’t take our responsibilities lightly. If we know we could be called upon to open an emergency hatch or deploy an evacuation slide, we’ll study everything we can about how to do so. We’ll refresh our knowledge on every flight, too. By the third or fourth time around, we’ll practically be auxiliary flight attendants.

Furthermore, ISTJs are known for keeping their heads about them when all hell is breaking loose. The landing gear didn’t deploy, the plane skidded off the runway, and now the starboard engines are on fire? We’ll still glance calmly out the port window and ensure the coast is clear before we open the exits and inflate the slides exactly like the safety card said we should. Then, having agreed to lend a hand in an evacuation, we’ll stick around the burning fuselage to help other passengers off at ground level. In our minds this isn’t bravery, but just part of our job as an exit row passenger.

Mind you, I don’t have a solid plan of how airlines would monitor the number of ISTJs sitting in exit rows. Perhaps people attempting to select such a seat could be redirected to an MBTI test and their results kept for future bookings. This is all tongue-in-cheek, of course, although airlines have adopted far more ridiculous policies in the past. And if they were to put such a program into place, the aforementioned squeaky wheels would surely make themselves heard. No matter how loud they grew, though, one thing would be for certain: they’d be safer for having an ISTJ in every exit row.

2. Being infuriated when other passengers get away with breaking carry-on rules.

Standing in line at Tucson TSA recently set my blood a-boiling. Three people in front of me were toting bags that were blatantly too large to qualify as carry-ons. These weren’t clever roll-aboards that just kissed the standard permissible dimensions. I could have appreciated, even admired, those. No, these were elephantine portmanteaus that had to be heaved onto the x-ray belt. And despite being so obviously oversized, they probably ended up flying inside the cabin.

Sights such as this one, normal in our era of checked bag fees, irk ISTJs to no end. We are rule followers, one and all, and the antics of rule breakers like the ones above earn nothing but scorn from us. It isn’t as if carry-on limits are some great secret known only to crew and million-mile fliers. They’re posted everywhere, to the point that no person of sound mind can reasonably claim ignorance of them. Yet many do, and simply because they don’t want to pay bag fees. Worse still, the airlines let them get away with it unless there is literally no more room in the overhead bins or the forward closets. Even then, the flight crew usually gate-checks such monstrous luggage for free.

Meanwhile, we ISTJs have labored to ensure that we’re within the regulations. We’ve measured, we’ve repacked, we’ve left things behind. After all of that, we’re made to watch others flout the rules without punishment. It’s infuriating.

3. Being disappointed if there is no seatback map.

Any ISTJ who has been on a flight with seatback maps is henceforth disappointed when they board a plane without them. For those not in the know, these maps are part of the individual entertainment screens commonly found on intercontinental flights. And they are marvelous things for information hounds like ISTJs to have access to.

Part of the ISTJ’s traditionalist nature is a desire for a sense of place. When we look down at a range of mountains, it’s not enough for us to know that they’re probably the Rockies. We want to know if they’re the Canadian Rockies, the Rockies of Colorado, or some regional offshoot like the Cascades or the Sierra Nevada. And we’re not happy guessing, though we’re logical enough that our guess would probably be pretty accurate. No, we’d much rather look at our seatback map with its real-time tracking and be able to confidently label the scenery below.

Every flight of more than an hour’s duration should have seatback maps. Add movies and games for the other personality types if you must, airlines, but above all be certain that your maps are available and working. Quiet though we normally are, three seasons of Keeping Up with the Kardashians and a broken map function is a perfect storm that might just drive an ISTJ to pen a scathing, grammatically correct note to your head office.

4. Wishing airlines would be honest about delays.

My flight’s leaving an hour late, you say? Great.

No, seriously. Great. Now I know I can grab a bite to eat and deal with any necessary rescheduling at my destination. Since you told me straight out that the delay will be an hour, I can take steps to deal with the problem, and even turn it to my advantage. That’s much better than announcing a new fifteen minute hold-up every quarter hour and thus leaving me uncertain.

Unfortunately airlines tend to take the latter approach when it comes to delays. Some people prefer four soothing lies versus one dose of the truth; ISTJs aren’t those people. We like to have ample warning and as much time as possible to deal with a change of plans. We want the facts, straight out, and with no frills. Tell us why there’s a delay and we probably won’t even be mad. Things happen, and they’re often out of your control. What is in your control, though, airlines, is your ability to communicate with us. Exercise that ability, and consider the other needs of your ISTJ passengers as they’ve been iterated here, and we’ll all get home a little bit happier.

Read this: 6 Experiences Every ISTJ Has Had Working in Customer Service

J. Lee Hazlett was born and raised in Alaska. Her interests include history, wine, and all things Spanish. Her original fiction and travel writing can be found on her website, www.jleehazlett.com. Her first book, a collection of crime tales entitled 'The Hand Job and Other Crimes', is now available for pre-order on Amazon.com.