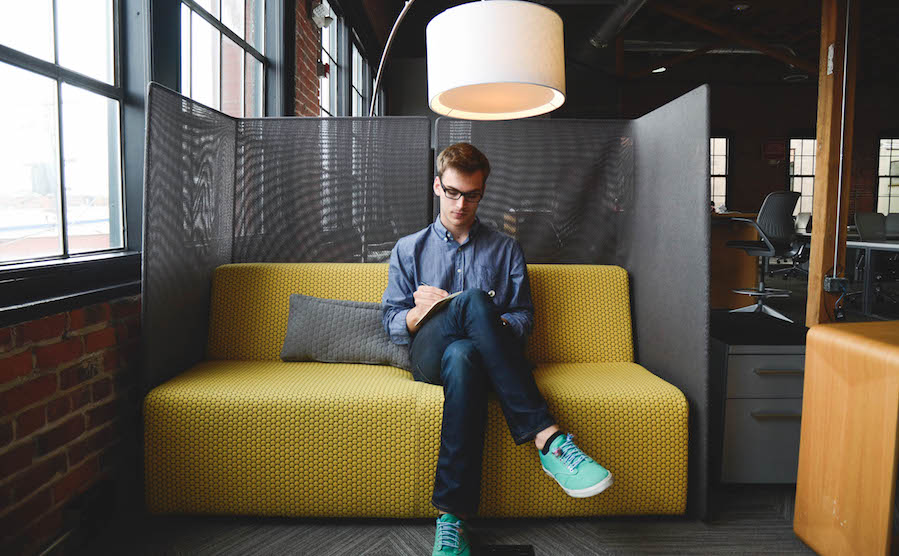 Early in my career, I lived in Washington, DC, and I heard all the time about the importance of building a network. In DC, networking is serious business — there are conferences, roundtables, and happy hours practically every day. I hated all of it. I was the guy who leaned against the wall at events. I’d pretend to check my phone or maybe make another pass at the refreshment table — anything to not have to talk to someone. I wondered what it would be like to have a natural conversation with a stranger.

I’m an INTJ personality type, so I do my best work when I have a few hours of uninterrupted silence in front of my computer. The thought of going to a networking event or a happy hour at the end of a long day turned my stomach. For months, I avoided networking altogether. However, that summer, I saw examples of networking that was working for other people:

Like it or not, people were using their networks to make a big impact. Maybe there was something to this networking thing, after all.

The Advantages of Being an Introvert

I decided to see if there was a way to grow my network authentically. Through a ton of reading and some uncomfortable experimentation, I realized introverts can actually be better connectors than extroverts. That’s because we’re better at creating deep relationships. When we connect with someone, it’s powerful and we’re loyal. We’re selective about who we give our attention to, and we’re more skeptical of smooth talkers. We’d rather have one deep conversation than 20 instances of small talk. We love to help, and we only ask for things when we really need the help.

These things aren’t true for every introvert, but as a whole, introverts have a real advantage at creating relationships. It’s time we recognize that advantage.

The Psychology of Meeting New People

When it came to meeting new people, my biggest enemy was me. I used to question why someone would ever want to talk to me. I thought there was no way I could compete with the uber-extroverts for the attention of influential, interesting people. At one point, I was ready to write off networking entirely and just stick to the small group of people I already knew.

But once I started approaching people, I learned that being a VIP or a smooth-talker didn’t matter nearly as much as I thought it did. With a little experimentation, I realized all I needed to connect with anyone was a little curiosity and the courage to start a conversation.

Limiting Beliefs About Introversion That Held Me Back

Just like I had the wrong idea about networking, I found that I had other limiting beliefs about my career. Here are 5 that I identified:

1. “Some people are born extroverts. I’m just not wired to be good at talking to people.” Reality: When I tested this belief, I found that people actually prefer talking to introverts because of one trick up our sleeves: we listen. My active listening made people feel comfortable and valued. I realized what I thought was a weakness (not being able to think of a lot to say) was actually an asset (thoughtfulness, and good questions).

2. “I’m not smart/experienced enough to offer anything to someone more senior than me.” Reality: I learned there are a variety of ways to help others, such as giving a book recommendation, writing testimonials, or being a beta tester. These are ways to help people that are well-suited to my introversion.

3. “If I start a conversation I’ll get embarrassed, or worse, ignored.” Reality: I did an experiment where I spoke to five random strangers in a day. It was terrifying at first, but I found that in the end, the interactions were positive. We talked about the weather, or where a stranger got his cool shoes. I realized the stakes of starting a conversation were never as high as I was making them in my head.

4. “I just have to be myself, and eventually I’ll get noticed for X (a new job, a raise, a promotion, an award, etc).” Reality: I could write a whole article about this limiting belief alone. I wish we lived/worked in a society that spontaneously recognized great work and automatically gave promotions to those who deserve it most. Unfortunately, we don’t. I found I have to communicate to my boss and others what I’m doing well. It’s not shameless self-promotion, but making sure I’m valued at work. For me, the best way to do this was in our weekly meeting, presenting metrics for the things I’ve accomplished.

5. “If I approach somebody, they’ll see through me. They’ll know I’m ‘networking’ and think I’m phony.” Reality: I learned that if I approached a conversation with the mindset of generosity, people recognized my authenticity. My rule of thumb is to only talk 20 percent of the time in a conversation and to ask questions to get the other person talking as much as possible. My conversations stopped being the trite — “where do you work,” “what do you do,” etc. — as soon as I brought curiosity and generosity to the conversation.

After I started questioning my limiting beliefs, I decided to act on them. I framed every conversation with a mantra: “This is just a test of my limiting belief. If it doesn’t go well, I’ll test another approach.”

Today, I don’t have a huge network, and I don’t need one. But I do have a small group of people I stay in touch with who I like and respect. I know if I need their help, they’ll be willing to help me at a moment’s notice. That’s my definition of a great network for an introvert.

Read this: 5 Tips to Make Networking Less Painful for Introverts Who Hate Doing It

Hate going to events to meet new people? Check out my free Definitive Guide to Introvert Networking to learn how you can skip big events altogether. Join my insider’s list for access to exclusive material and monthly resources for introverts.