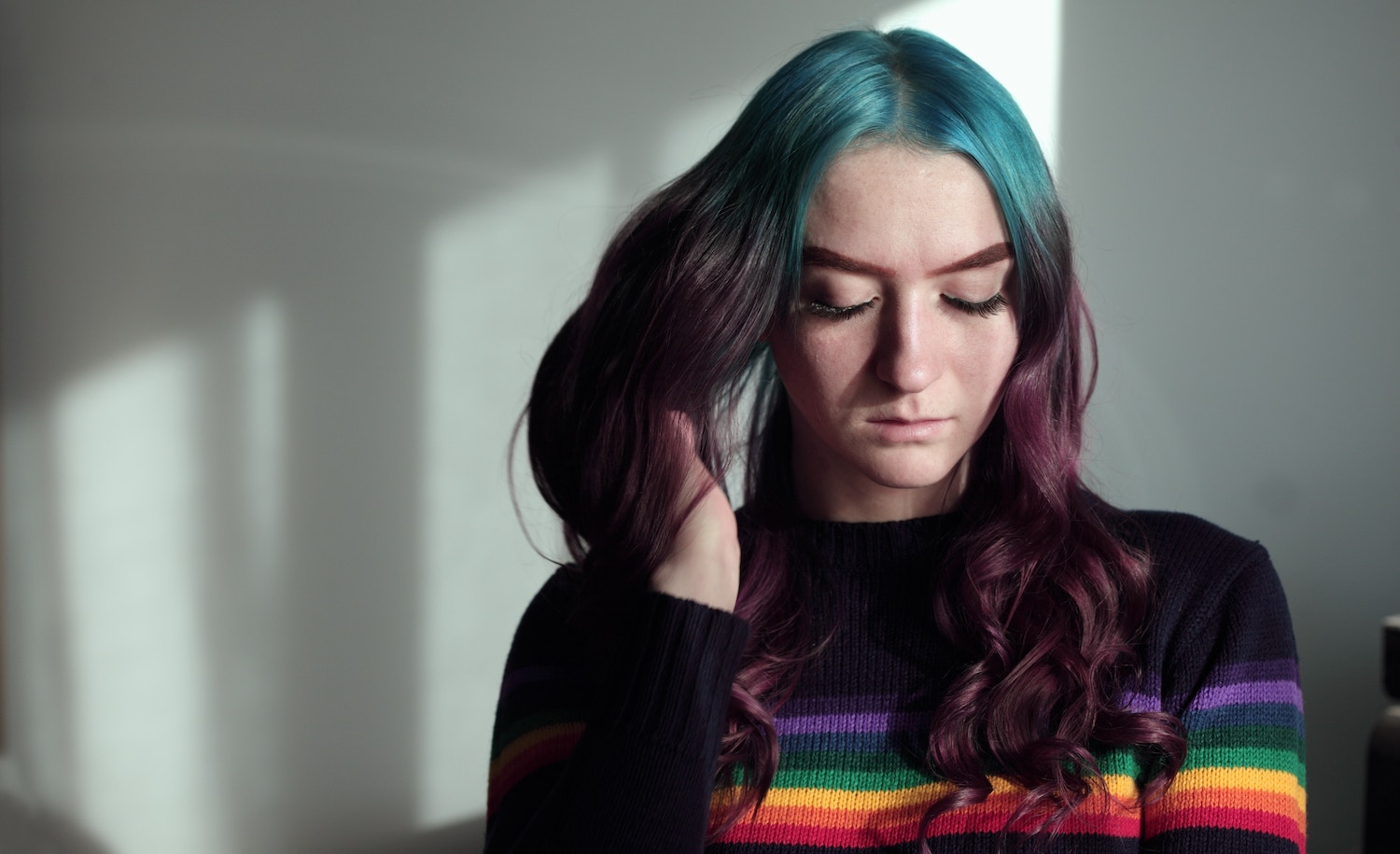 Growing up as an INTP female, I always felt like, well, a freak. I never seemed to fit in with the other girls. In my adult years, I can’t say much has changed.

In many ways, I meet the INTP stereotypes, literally to a T. Logic guides most of my decisions. I’ve been called “critical” more times than I can count. Video games and virtual worlds are much more comfortable for me than the actual world. And from school to work, I have long been shot with the accusation that I’m “not meeting my potential.”

The INTP is a rare Myers-Briggs personality type, estimated to make up only 3-5 percent of the U.S. population. Being a female INTP makes me even rarer, as they say only 2 percent of women are this type. In the past, I really did try my best fit in, but over time, I’ve learned to say, “F*ck it, this is me.”

Here are five problems I’ve experienced as a female INTP. Although every INTP is different, and four letters can’t encompass all that we are, my point is that we INTP women aren’t alone in our struggles.

Struggles of the Female INTP

1. Significant others call me “confusing.”

It’s not that INTPs like me don’t have emotions. We are human beings, after all, and everyone feels. But as an INTP, explaining my feelings has never been my forte. Being a woman, gender stereotypes say I’m supposed to be emotionally expressive. Although I’m learning how to share my feelings in healthy ways, conversations about emotions still make my brain automatically say “abort mission.”

They say communication is key to relationships, and yet that has probably been the one thing I’ve struggled with the most. When I begin to feel emotions in a relationship, anything from anger to love, I tend to keep them to myself, hoping that through my actions the other person will simply “figure it out.” Many times, however, that has left me in situations where I and the other person are on completely different pages.

For example, this was the case recently with a guy I was casually dating. He ended up thinking our relationship was a lot more than it was. Me not being able to accurately communicate in that situation left him labeling me as “too confusing” and writing me off, which ended up hurting us both.

INTPs rarely live their lives in a structured or organized manner. I myself am often absent-minded to a fault and hardly take notice of a mess even if I am living in it. For my entire life, there has always been a large pile of clothes, shoes, and other things on my bedroom floor. Mundane tasks, such as cleaning and organizing, just feel impossible if not unnecessary.

While living in my college dorm, I lost my hairdryer for a solid week and accused numerous dorm mates of taking it. Only later did I discover that it was under a massive pile junk on top of my bed. I literally had been sleeping on it for a week. So much for being one of those women who keeps things neat and tidy. Have I mentioned I hate cleaning?

3. My authenticity is often questioned.

Like I said, in a lot of ways, I meet the INTP stereotypes. Consequently, I often contradict the stereotypes for females. This leaves me in many situations where men question if I’m being “authentic.”

For example, once on a date, I brought up that I spend a good amount of time playing my PS4. When we got back to his place, he handed me his Xbox controller and told me to “prove my self-proclaimed gaming skills.” It was obvious that he didn’t believe that I, a woman, could also be an avid gamer. Yes, I enjoy videos games. No, I do not just say that to appeal to men. To say the least, I never went out with him again.

In my opinion, the expectation of self-care for females is ridiculously unfair. That being said, I consequently struggle to keep up. Washing my hair every day, or even every other day, just feels like far too much effort to me. Dry shampoo is a lifesaver. Putting on makeup every day for my office job is draining. Finding different outfit combinations seems like a waste of energy; sometimes I truly miss school uniforms.

Many women take pride in their appearance, and there’s absolutely nothing wrong with that. But for me, in typical INTP fashion, I’m just not that interested.

5. Relating to other females is a challenge.

Making conversation around the office or at social events is something that I’ve never quite fully understood. I’m terrible at small talk. I can’t see the point of it, nor am I able to think of trivial questions with ease. At times, this has made it challenging to make new friends, especially female friends.

The best approach I’ve learned is to copy the conversation starters I’ve heard from others. “Nice shoes, where did you get them?” is one of my main go-to phrases. Another one is to talk about something interesting I’ve learned. You know that TIL thread on Reddit? Yeah, that’s basically me.

And while it might seem like it, no, I am not a robot. I do have emotions, you just probably won’t see them, especially in a group setting. Those kind of situations are always a bit awkward for me, no matter how much I work on my small talk game. So if I seem aloof or distant, it’s probably because I’m uncomfortable. And if I come across as a little rude or too direct, I’m hoping you’ll cut me some slack. I don’t mean to be rude. I’ve just never been that woman who inherently possesses social grace and charm.

While dating or being a friend to an INTP might seem like a challenge, there are actually lots of perks. Getting us out of the solitude of our bedrooms might take some work, but, if you can, we love to engage in stimulating conversations. We don’t demand much of people, we’re easy-going, and what many don’t expect is that INTPs truly appreciate affection. Take the time to let us get comfortable with you before writing us off, because we’re worth the effort.

An INTP female, living in southern California, surrounded by perfect weather and spending most of my life hiding in my bedroom. Let’s skip the small talk and get to the real stuff.