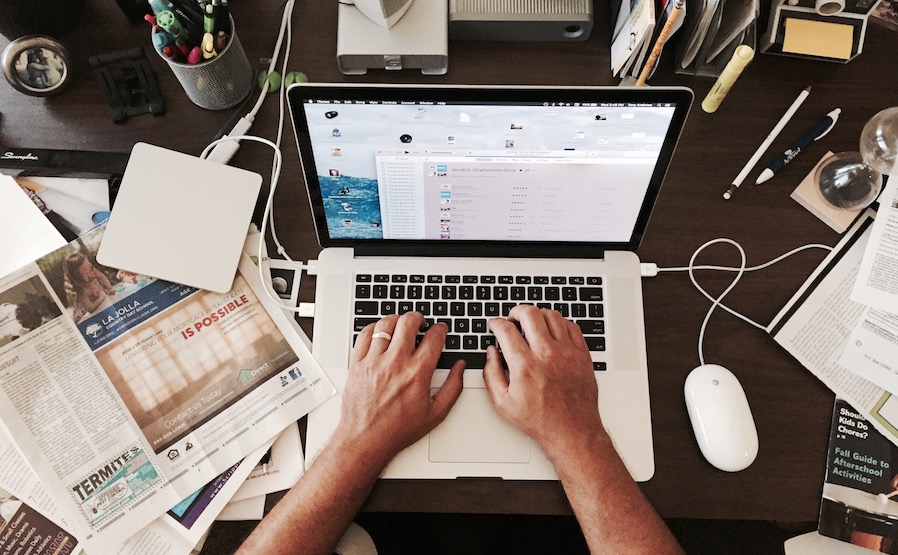 INTJs: the robot. The mastermind. Always in control of ourselves and, supposedly, our world — which should include our desks, right? And plenty of INTJs would agree. But, frankly, I’m an INTJ, and I’m kind of a mess. Turns out, I’m not the only one.

I’ve been a messy person my whole life. Not a disaster, but your classic “I’ve got a pile for that” kind of guy. As a kid, I explained to my mom that cleaning was pointless because everything will just get dirty again, so why bother? (She wasn’t impressed.) In school, I couldn’t handle study partners who wanted to highlight texts, use color-coded stickies, or color in a map like they were doing heart surgery. I actually looked down on them — although it turns out you achieve more academically if you do it their way.

As an adult, I accepted that some people need order, but I assumed this was the terrain of ISTJs, the INTJ’s much more reliable twin. It wasn’t until much later that I heard others of my type talking about how a well-organized space is “soothing” and “perfect.” I wondered if I was broken somehow — a sad little robot not optimizing enough. But, the more I talked to other INTJs, the more I realized we fall into two groups: the tidy ones and, well, the disasters.

What ‘Messy’ Means to INTJs

To start, I should be clear: you won’t meet an INTJ who is a total slob.

It’s just not in our wiring. We like order and we dislike disorder, although we can tolerate it on its own. What we really can’t stand is inefficiency, where something (like a mess) is standing in the way of something else (like finding my dang keys).

Plus, we have very clear goals. We are never not aware of our goals, and we are (almost) never not trying to accomplish them. That doesn’t mean they’re always good goals, or even particularly well-chosen. And it doesn’t mean that the way we try to accomplish them is always the best way. But, right or wrong, the inside of an INTJ is built around focus, like the inside of a telescope. This runs so deep that I’ve heard INTJs describe their inner monologue as a project manager keeping them on task (mine is the same).

This means that we are irredeemably organized people (sorry, INFPs!), and that sense of organization extends to our spaces. I’ve known people of other types who throw things everywhere, who have a left sock on the couch and a right sock by the back door, who find dog bone bits in their bed sheets and food in their bathroom. INTJs don’t get that messy.

But we’re not all tidy, either.

The INTJ ‘Are You Messy’ Poll

Several years ago, I joined a closed Facebook group for success-minded INTJs (you can get access as part of the INTJ seminar offered by our partner, Quistic). Recently, I decided to do a little poll. I asked people to choose one of two options:

I expected the tidy folks to be a majority. But the results were quite stunning: 46 out of 55 INTJs are messy! Only 1 in 6, or about 16 percent of the respondents, keep their spaces tidy.

Why? The answers are just as interesting:

This last point could mean the poll numbers are misleading — does it really count as being “messy” if you’re tidier than everyone else? Still, the takeaway is clear: INTJs have widely different views on tidiness, and may even skew messy.

But that’s just numbers. The fun part is why.

Why are some INTJs so organized, and others kind of a mess? The answer goes back to all those goals we have — and our love of efficiency.

Every INTJ wants to do the most possible, as efficiently as possible. And all of us are good at the big-picture part of doing that. When it comes to little details, however, INTJs have two competing instincts:

Both of these are valid ways to get things done, and both can lead to success. The tidy approach is extolled in none other than Stephen Covey’s hit, 7 Habits of Highly Effective People, which emphasizes organizing your life — including your environment. On the other hand, being messy often correlates with high intelligence (along with staying up late and swearing a lot, so I guess I’m three for motherflippin’ three).

So, as much as my INTJ brain wants to find a single, optimum solution, the real verdict is: it depends. It depends whether you’re more annoyed by a little cleaning now or a little mess later. Personally, if I see a mess that’s bothering me, I can usually find a rug to shove it under. Sorry, Mom.

Want to connect with other INTJs, and start achieving more in the process? We recommend Quistic’s course for INTJ success. “Best Practices for Leveraging INTJ Strengths (and How to Be a Likable INTJ)” is a four-part webinar from success coach Penelope Trunk. Includes access to a private Facebook group with nearly 200 success-oriented INTJs. Learn more about the INTJ course here.

Read this: 24 ‘Small’ Signs That You’re an INTJ Personality Type