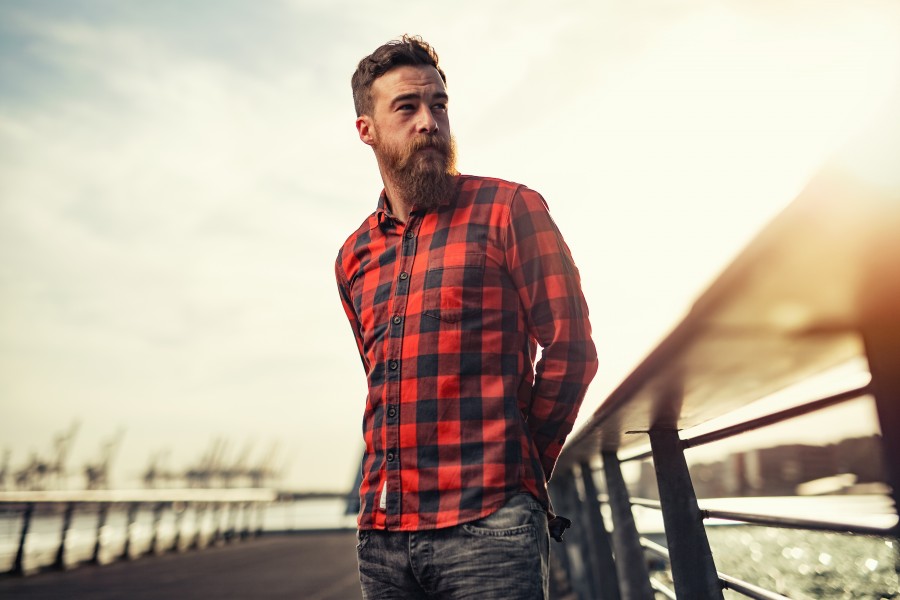 The INTJ personality is often accused of being cold or uncaring. And in many cases, we INTJs really are. As an INTJ I look at things in utilitarian terms, and getting results is often more important than making friends. This can be useful, but it can also be a massive liability. It took me years to realize that ignoring peoples’ emotional needs wasn’t the “smart” thing to do. It was holding me back.

That doesn’t mean it was easy to become more sensitive. Even trying our hardest, INTJs have a habit of accidentally hurting other people’s feelings or causing awkward moments. For us, trying to “do” feelings is like learning to speak a different language—one that has no clear rules.

That’s why I sat down with Kim Lajoie, an INTJ with a very un-INTJ career. Lajoie spends his time working with musicians, inspiring them to make their music better and empowering them to design their own independent careers. He’s one of those rare “warm” INTJs who has mastered his emotional side. But he’s also incredibly successful, and attributes his success largely to his ability to feel empathy with others.

I wanted to learn Lajoie’s secret—how he developed his compassion, what made him do it and what results it had.

Why INTJs can be cold

Like me, Lajoie said he was insensitive for most of his life. Long before he knew he tested as an INTJ, he could tell he had an “extreme” personality type, but he also felt that he was far more rational than the people around him. He didn’t feel he needed to change because, as he put it, “It feels good to be right.”

He also felt he couldn’t change. His view of personality growing up was that, “You’re dealt a certain hand of cards,” and on any given day, “You can play those cards well, but if you’re not dealt a certain card you can’t play it. And some people have social skills in their hand of cards. I did not.”

But he knew he was missing out. By college, he had decided to pursue his interest in music alongside his love of computer programming, and he found himself spending a lot of time with theater majors and artists. He could see that they got results from their art by connecting with people emotionally. He also knew that he was lonely, and wondered if he could change his hand of cards after all.

“I’m really good at learning, so I felt, well I can apply this to something I’m traditionally really terrible at. I read psychology and sociology and went about studying all these crazy irrational people in the world.” This led to experiments in being more social and developing a sort of INTJ charisma.

Many INTJs go through this process. We treat social skills as a school subject that can be studied, practiced and improved. I used to set myself challenges to talk to five strangers in a week, checking off the conversations like items on a list. That might sound cold to a natural extrovert, but it works. Through practice, Lajoie and I separately learned how to be social. While most INTJs stop there, however, Lajoie noticed something else: what he calls “the power of emotion.”

The power of emotion

Speak to Lajoie for any length of time and you’ll notice he sounds different from other INTJs. He has the air of someone wise and caring. That kind of presence takes more than just conversation skills. It requires a deep emotional awareness.

That’s something I’m uncomfortable with. Like all INTJs, I do have feelings—but I see them as private, and I wish everyone else kept their feelings private too. Lajoie says that’s unrealistic.

“People are mostly governed by their emotions. This view that we all aspire to be rational, that our emotions are like a bug in the system—it’s highly wrong. Emotions are the system. And the logical and rational part of our brain is the bug. It serves no evolutionary purpose, it just happened to result in agriculture and civilization and iPhones… Once you get your head around that you realize that emotion is one of the most powerful forces in humankind.”

But just because something is built into human nature doesn’t mean it’s good. When I asked Lajoie why we should indulge this “force,” his answer was clear and simple. “Well. If you want to change someone’s behavior, you have to change their feelings.”

In Lajoie’s world, learning to be kind is one and the same with making emotion useful. And both require a shift in perspective.

“Utilizing the power of emotion means taking a three dimensional view of the world,” he explained. He referenced an idea from Scott Adams, the creator of Dilbert—also widely said to be an INTJ—that most people think they’re logical and everyone else is illogical, which is seeing in 2D. The 2D viewpoint ignores the effect of emotion on all people (including INTJs). To see in 3D means seeing how emotion influences us all.

No one is a born natural at this. People who are kind tend to believe that their kindness is genuine, and it might be. But Lajoie pointed out it’s a learned trait—something we absorb from others around us as we grow up. And that means even an INTJ can hone it.

The INTJ action plan for compassion and kindness

I asked Lajoie how to develop the power of emotion, hoping for a sort of checklist. Just as I had learned social skills through workbook-like challenges, I expected to learn emotional resonance the same way. I wanted an action plan.

From there, he told me, I can figure out the “doing” part on my own.

To an INTJ that’s a slippery answer. But that’s sort of the point—compassion and kindness don’t work in the logical way INTJs prefer. A proper explanation of these things sits largely in our blind spot. Too often, INTJs try to understand emotion by forcing it into the mold of reason. Lajoie takes the opposite approach. He’s forced his own head out of the mold, and dares to look at feelings on their own terms.

Is it worth it? I’ll let him answer that one:

Kim Lajoie is a music producer and mentor who helps artists design their own careers in a way that fits the 21st century. His book The Golden Age of Independent Music teaches you to succeed as an artist without being “discovered,” and create deep emotional connections with your audience. Spanning far beyond the music industry, The Golden Age is being read by artists of all backgrounds, including writers and visual artists. Learn more about The Golden Age of Independent Music.

Seminar for INTJs: Our partner Quistic offers a course for INTJ success. “Best Practices for Leveraging INTJ Strengths (and How to Be a Likable INTJ)” is a four-part webinar from career coach Penelope Trunk. Includes access to a private Facebook group with nearly 200 success-oriented INTJs. Learn more about the INTJ course here.