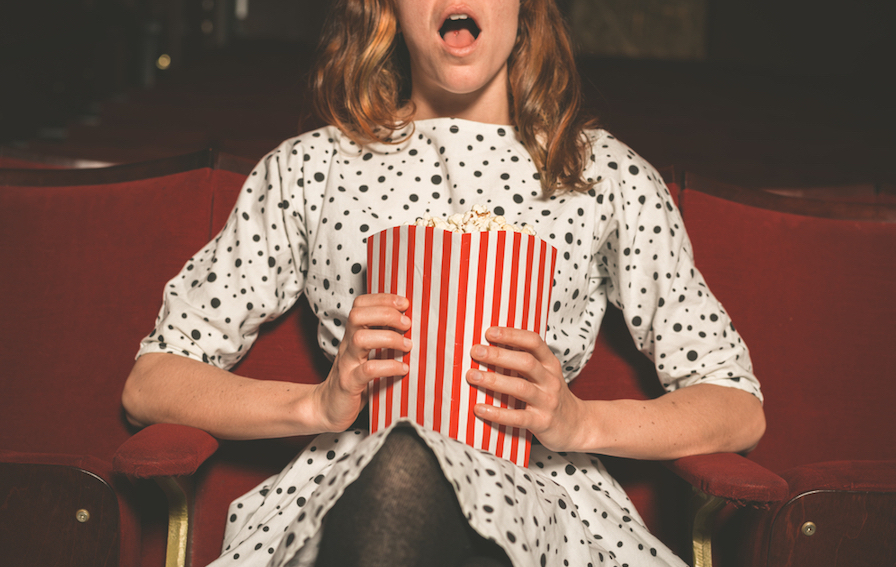 “It’s a dog-eat-dog world!” say dogs, gnawing on the leg of some other dog. At least, that’s what the business world looks like to me. As an INFP personality type, I feel like I’m not cut out for the dizzying heights of wealth and tyranny like others are. But recently I found myself subject to the scrutiny of something far more sinister—a personality quiz.

The self-quiz is a time-wasting pleasantry that sucks all of us in eventually. On this occasion, a friend of mine had become deeply interested in Myers-Briggs personality types, especially how they relate to fictional characters. Over wine and a curry, my friend told me my personality type’s fate across a range of movies, books, and TV shows. Slowly the results, much like the wine, sank into my brain. I started to notice a pattern:

I felt myself becoming quietly and politely outraged. I mean, this is just for entertainment purposes, right? No need to get mad about fun.

As the night progressed and my friend dished out more tests, I found that the patterns remained.

As a fan of the BBC TV series Sherlock, I was loathe to be likened to Molly Hooper, the timid girl who has unrequited love for Sherlock Holmes. Or the forgettable Padme Amidala, who fell in love with the soon to be Darth Vader, only to die in childbirth. And how about Éowyn from Lord of the Rings, who chased after Aragon only to be chopped up in battle?

INFPs have a tendency to appear as the lovesick puppy, but it gets worse. Take, for instance, Heidi Priebe’s analysis of what would happen if all the Myers-Briggs personality types were put into the Hunger Games together:

“Since all fiction novels seem to be written by INFPs for INFPs with the message that the person with the kindest heart wins, this type often assumes that they would champion the Hunger Games. In the real hunger games the INFP is first to get shot off their podium because they were daydreaming during the countdown and don’t notice that the games had actually started.”

My friend went on and on. The only exception was Star Wars, with Luke Skywalker being an INFP. How cool is that? Very, thanks for noticing.

Yet the question remains: why do so few INFPs survive in movies? If we are actually incapable of existing in a harsh world, then why am I still here? Granted, I have yet to be summoned to a fight to the death, but have any of us had a particularly easy life?

I put the question of INFP survival to my friends. And here, my dear reader, are some of the things they told me:

This really irritated me. I mean, how nice is “too nice”?

Sure, I’m pleasant and I don’t stab others in the back. As far as I’m aware, I haven’t physically hurt anyone. But I don’t always feel nice. I’m not fond of most people and don’t always want to spend time with the people I do like. I don’t dream of puppies and flowers, nor believe the world is magical and full of goodness and that everyone’s dreams come true. And I don’t understand people who feel that way.

“The world is not a nice place.”— Most people

But I get it. Some folks have a tough life and it changes them. It makes them hard and cold. But we INFPs often remain kind and open to everyone we meet regardless of our troubles or history. If that makes me “too nice,” then oh well.

2. “You can’t meet anyone if you stay indoors.”

I like to stay in. When I want to venture out, I will. Assuming that INFPs are antisocial is a grave oversight. We have close, strong relationships with a handful of people we trust. These friendships are forged over years of experiences and are rarely broken.

INFPs have a great deal of patience when it comes to other people: friends, co-workers, and family. But we have a limit. Think-pieces written on “the art of saying no more” make us all consider whether we’re taking on too much work or helping without reciprocation. But as long as you’re comfortable with what you’re undertaking, what does it matter? Helping others isn’t about getting something in return, it’s about feeling at peace with your inner self. If INFPs are not happy about what they are being asked, we will let you know.

My father likes to quote Rocky at me when I have a bad day. ‘The world ain’t all sunshine and rainbows,” he drawls. INFPs often give new people the benefit of the doubt, but it takes a long time to earn our trust. The truth is, people can hurt you immediately, or they can surprise you ten or twenty years down the line. How long must you go before trusting that someone cares about you? Without being able to open up to anyone, the world can be a pretty cold and lonely place. Trust is earned and trust is destroyed for everyone at some point in their life, but INFPs pick themselves up, dust themselves off, and move forward every time.

Independent, unshakeable, and confident in their ability to make anyone’s day pleasant, INFPs are getting the short straw in the movie personality quiz. Now this isn’t a call-to-arms to ban the humble online quiz. I quite enjoy them. And I’ll admit, I may well have died first in The Hunger Games; I trip easily and sometimes snore. But out of all of the Star Wars characters, which one is still alive today?

Emma doesn’t like writing about herself. Hailing from Wales, now living in Chiba, Japan, this INFP survives daily life using a humor-based defense system. She can often be found eating cheese and retelling her father’s awful jokes. She makes a lovely cup of tea, dislikes people who suddenly stop walking in front of her, and often suddenly stops walking in front of other people. You can tell her more dad-jokes on Twitter @fyaderynbach.