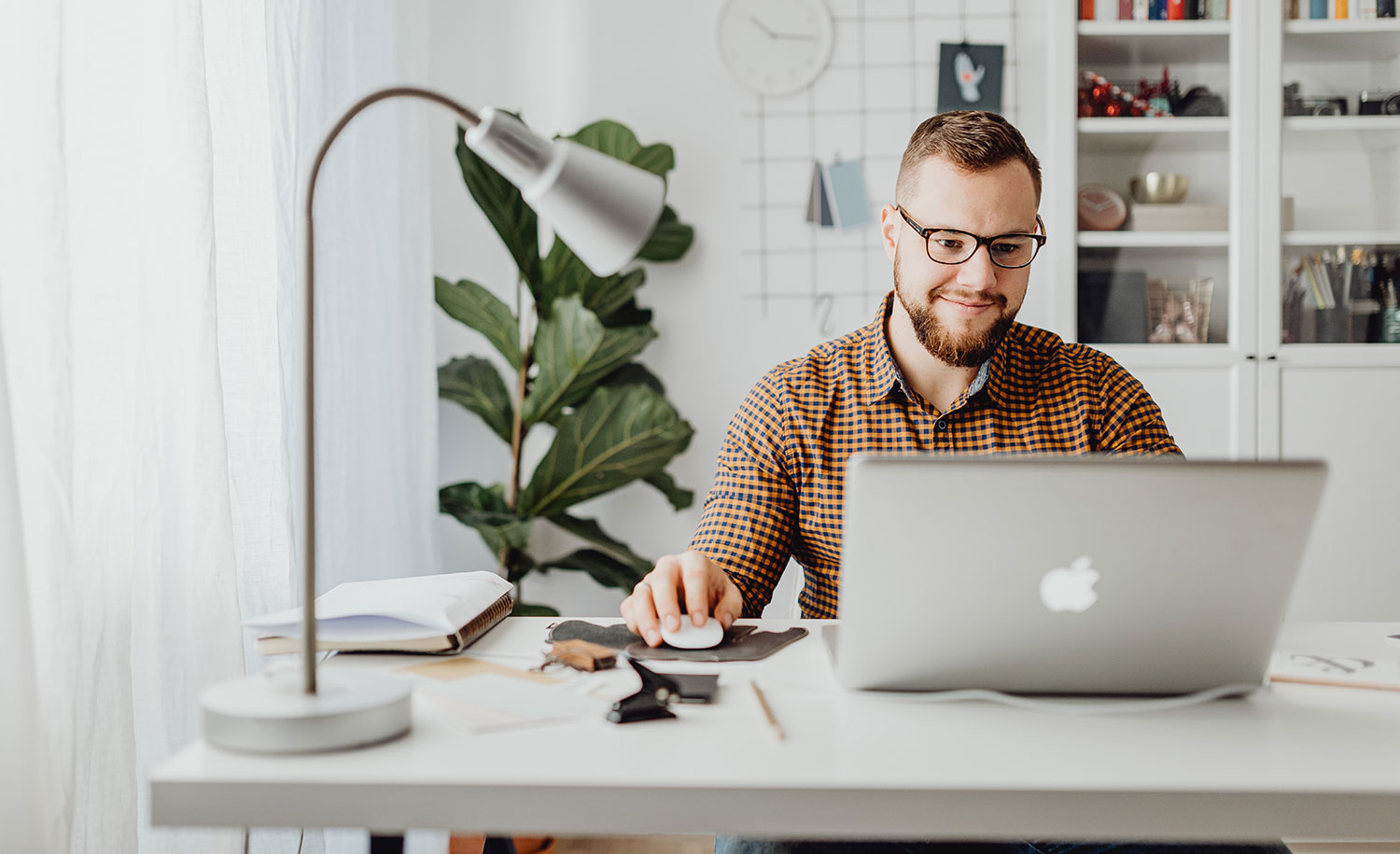 As an introvert, I never thought I’d miss the hustle and bustle of a busy office — but it turns out a (small) part of me craves it.

When offices where I live in Dubai first began to shift toward a work-from-home model back in March 2020, I was ecstatic. Not only did the decision make sense from an immediate health perspective, but it vastly appealed to my introverted nature: no more small talk, no more meetings-that-should-have-been-an-email, and no longer did I need to use headphones and a constantly furrowed face to keep away interruptions.

However, I kept my enthusiasm to myself, as the stigma around remote working where I live has largely been that employees will inevitably use the situation to slack off. After all, how can anyone expect to be productive at home? To give such an impression, especially at a job that I’d only had for two months, would have been a definite misstep.

So I waited patiently and continued working from the office, yet I’d return home mentally, physically, and emotionally drained, day after day — the hour-and-a-half commute, the nine-hour work day of a public relations role, and an open-plan office were leaving me sluggish and overwhelmed.

Then, the announcement finally came. As my colleagues and I bid adieu, wishing safety and health to one another, I vocally bemoaned the potential difficulty of working from home while the introvert in me did a happy dance.

From Loving Working From Home to Not Loving It as Much

At first, working from home was amazing. Without the commute and the pre-work morning routine, I had more hours in the day to myself. Meetings that would otherwise take twice as long with people swapping niceties became shorter. And the occasional lull — that in the office would have to be packed with the pretense of busy work — became extra downtime to unwind and recharge. In those moments, I felt like I was living the ideal work-life balance and dreaded any mention of returning to the office.

What was meant to be a month or two soon became six, then a year, and then a year-and-a-half. In that time, my role evolved and I shifted to advertising, which meant working with a larger team made of entirely new people. I was excited about the new work but having to get to know new people? We’re all introverts here — I sense our collective cringing.

Though what I’d initially deemed the ideal soon left me feeling just as sluggish and overwhelmed as though I’d returned home from the office. There was a decline in my productivity and I felt isolated, as my introverted nature kept me from forming an easy rapport with my new team, whom I’d only met virtually.

While the office hasn’t opened officially, it’s open to flexible work, meaning employees can come and go as they please. So one day, craving a change in scenery, I drove up to work to find a few other colleagues also present. Upon returning home, I found myself tired, but not as drained as I’d been in my first two months or as drained as I’d been feeling recently.

If anything, I felt lighter in spirit. I experimented over the next few weeks and found myself looking forward to days when I planned to work from the office. The introvert in me was surprised, but looking back at how the office environment has evolved over the past year and a half, I’ve stumbled across three reasons I might actually prefer to work from an office now.

3 Reasons I Actually Miss Working From the Office, Even as an Introvert

1. Face-to-face meetings and conversations are more manageable than voice and video calls.

One of the misconceptions surrounding introverts is that we detest any form of socializing — when, in reality, the simple truth is just that we prefer limited socializing. We enjoy talking to people; it just drains us! So when it comes to a choice between physical and virtual, especially in an office setting, I’ve found physical encounters to be less draining.

On average, I would have 4-5 calls a day. At least two would be scheduled and the others would be the equivalent of someone poking their head in my cubicle for a chat. In an office, a person approaching you can easily notice that you’re busy and shouldn’t be disturbed, but in this remote work life, the rings, dings, and pings seem never-ending. Not only did I find the calls interrupting any flow I was in, but they also opened me up to Zoom fatigue as my brain worked hard to identify non-verbal cues like body language, pitch, and tone of voice.

2. Being surrounded by a team makes me feel like I’m part of something bigger.

While an open-plan office can wreak havoc on any introverted brain, there is a sense of camaraderie when you work side-by-side, day in and day out, around other people. It’s found in the moments between work — a quip here, an anecdote there — and leads to bonding with each other. It also leads to an increase in teamwork productivity, especially when there’s a creative energy buzzing around.

Personally, it’s as simple as being near other people — even without interacting with them — that I find to be helpful in creating a work-focused environment.

Like many introverts, I tend to be quiet in meetings and discussions, preferring to soak in all the information and mull it over before coming back to the proverbial table with thoughts. If your colleagues understand this quality, then great! If not, it can quickly become a tension point as your quiet nature can be interpreted as a lack of interest or an inability to perform.

Not only have I found myself on the receiving end of comments like, “You have to participate more!” but I’ve also been overlooked for certain projects since my colleagues’ perceptions were based on my limited virtual interactions.

But working side by side makes it easy for your day-to-day work to be noticed and appreciated. It also provides you with more natural opportunities to socialize and network with your colleagues.

I miss working from an office but, as an introvert, I still appreciate working from home. The fact of the matter is that one of the reasons I came to enjoy office days is because the staff isn’t back in full force, leaving me to enjoy the benefits of an office structure without having to interact with too many people.

In her book, Quiet: The Power of Introverts in a World That Can’t Stop Talking, Susan Cain wrote, “Our most important institutions, our schools and our workplaces, are designed mostly for extroverts and for extroverts’ need for lots of stimulation.”

At the end of the day, then, what’s really needed is a flexible environment that allows employees to work in-office and at home to strike their own personal balance. And for the in-office days, managers must take the necessary steps to create spaces and systems for their introverted team members to thrive. Otherwise, we’ll be back where we started — with introverts returning home, day in and day out, emotionally, physically, and mentally exhausted.

My fellow introverts, what did I miss? Do you miss anything from working at an office? I’d love to hear in the comments below!

A journalist, copywriter, and content strategist, Sana Panjwani has been working in communications since 2015. Her words have been published on Refinery29, Gal-dem, The Financial Diet, The Tempest, Condé Nast Traveller Middle East, and more. When not procrastinating on her writing, Sana is a serial hobbyist who enjoys reading and rabbiting down YouTube. Come say hi to her on Twitter and Instagram.