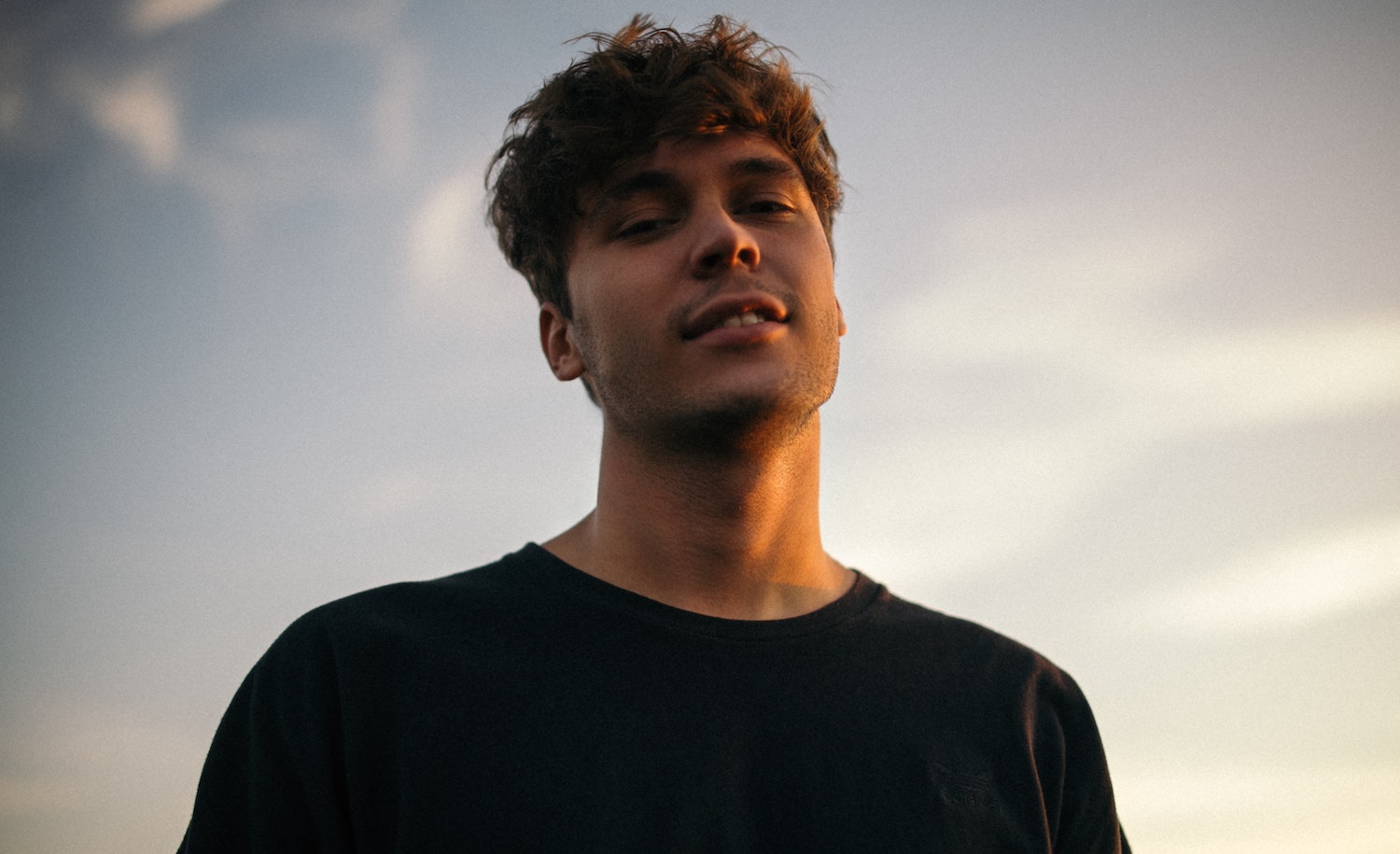 There’s nothing weak about being a highly sensitive man, and it’s time to challenge that stigma.

If you’ve ever been told you’re “too sensitive,” it may be because you’re an HSP — in other words, a highly sensitive person. And, if so, you’re not alone: HSPs make up 15-20 percent of the population. Being an HSP doesn’t mean you have a disorder — it’s a biological difference some people are born with, both men and women alike in about equal numbers.

Elaine N. Aron, Ph.D., author of The Highly Sensitive Person, is considered the pioneer of identifying HSPs; she began researching high sensitivity decades ago, in 1991. She found that certain traits are more common among HSPs, from being easily overwhelmed by strong sensory input to being more sensitive to pain.

According to Jason Fierstein, MA, LPC, and founder of Phoenix Men’s Counseling — who not only works with many HSPs, but is also one himself — HSP traits among men don’t vary much from HSP traits among women. However, the way the characteristics are perceived and accepted by others do. He says society has certain cultural beliefs and expectations of both genders, and some traits around sensitivity are viewed as more stereotypically female — and are rejected more when they come from men.

“Men may be seen as ‘weak’ in this sense, because boys are raised to embody more masculine traits, which includes stuffing feelings and emotions and learning to ‘be tough,’” he adds. But this limits men, Fierstein explains, and may stigmatize highly sensitive men into suppressing themselves when they’re perceived as “too sensitive.” So one of the biggest challenges some men may face is coming to terms with the fact that they may be a highly sensitive person — and then embracing it for all its challenges and benefits.

“There is nothing weak about men being sensitive, and until that stigma really gets challenged, men need to trust that their sensitivity can only help them, especially in their various relationships,” says Fierstein.

Curious if you are one? Here are some key signs you’re a highly sensitive male — or know one. Keep in mind that these traits are common to highly sensitive females (both kids and adults) as well.

1. You’re easily overwhelmed by sensory input, anything from bright lights to sudden sounds, like a police siren.

Many people may notice bright lights and police sirens, but highly sensitive men are more affected by them than non-HSP men; instead of the stimulus being in the background of their mind, it’s in the forefront.

Highly sensitive men take in and process more information faster than their less sensitive peers, says Katy Dimple Manning, LMSW at Houston Therapy. “While some may call sensitivity a weakness, I see it as a superpower,” she says.

3. You’re sensitive to other people’s moods.

Manning says that highly sensitive men are not just sensitive to other people’s moods, but are also the person their friends prefer to confide in. “Your friends may describe you as understanding and empathetic,” she says.

However, this can sometimes be a detriment since it can be emotionally exhausting for you to constantly take in others’ moods and feelings.

4. You’re more aware of your needs.

“Highly sensitive men may recognize their highly sensitive nature as the strength it is and learn how to leverage it like a useful tool,” explains Manning. As a result, she says, you tend to feel more comfortable than non-HSPs in making specific requests in order to get your needs met, whether it’s asking for more detailed instructions on a work project or making sure your partner knows how you prefer to receive affection.

The highly sensitive male may be more emotional than non-HSP males. “You are sensitive to other people and their remarks, and can have your feelings easily hurt,” says Fierstein. “You are also more in tune with your feminine aspects — like love, beauty, compassion, empathy, and nurturing — yet can also be tearful. This can be a positive thing in that highly sensitive men can be in touch with sensitive situations that call for emotional responsiveness.”

Highly sensitive men tend to be conscientious and detail-oriented, which can prove to be very useful at work, as you avoid making mistakes. However, you can also become frazzled if you have too much to do at once.

“At work, men who are HSPs may be valued for their ability to be understanding in a workforce with a growing percentage of women,” says Manning. “In addition, their ability to pay attention to details and ensure a workplace is not physically overstimulating are beneficial to any team.”

Related to the above, highly sensitive men’s traits — such as their perceptiveness and attention to detail — lend themselves to such men excelling in a leadership position. For example, you’re likely to be empathetic and receptive to your colleagues’ thoughts and opinions, as well as know how to best delegate tasks. “You are also creative and have a big and active imagination, which can be beneficial, too,” says Manning.

In general, HSPs don’t like change, as it brings about too many new stimuli. Instead, they like their current routines. If these routines are changed, it may throw you off and take you more time to adjust than it would a non-HSP.

9. You don’t have a high threshold for pain.

Contrary to the typical male stereotype — the guy who can grit his teeth and muscle through anything — HSP men are more sensitive and prone to pain than non-HSPs, whether it’s emotional or physical, such as criticism from someone or a headache or injury.

Since HSPs are more sensitive to things such as pain and stimulants, like caffeine, they’re also more sensitive when it comes to getting hangry — hungry + angry — which can quickly disrupt their mood.

Similar to introverts, overstimulation often makes highly sensitive men crave alone time — anywhere they can find privacy away from external stimuli. “You need time to recharge,” says Manning. You’ve probably heard of the “man cave,” and this concept is similar.

12. You avoid entertainment with violence, such as movies, music, or TV shows.

Although there are plenty of exceptions, highly sensitive men tend to not like movies, music, or TV shows with strong violence, as they’re too much for them, emotionally, and may cause anxiety — when the movie, song, or TV show is over, it lingers in the HSP’s mind. If this describes you, you may fall into the HSP category.

13. You appreciate the little things that awaken the senses.

Highly sensitive men may be more receptive to little things that awaken the senses, whether it’s a relaxing piece of music, a painting, or the taste of whatever it is they’re eating. While others may not think twice about such things, highly sensitive men like you are more than aware of them and even relish them.

Is the chaos of the world overwhelming you as a highly sensitive person?

If you’re a sensitive person, you have certain brain differences that make you more susceptible to stress and anxiety. Thankfully there is a way to train your brain so you can navigate the challenges of sensitivity, access your gifts, and thrive. Psychotherapist and sensitivity expert Julie Bjelland will show you how in her popular online course, HSP Brain Training. Click here to learn more.

This article was originally published on Highly Sensitive Refuge, our community for HSPs.

Natalia Lusinski is an editor at Introvert, Dear and Highly Sensitive Refuge, as well as a lifestyle journalist, and her byline can be found in several publications, including Business Insider, Yahoo, and Forbes. Until the pandemic, she was a digital nomad blogging about it at NomadicNatalia.com and sharing pictures of her journeys on Instagram, @Nomadic_Natalia. Currently, however, she’s practicing #stayinghome.